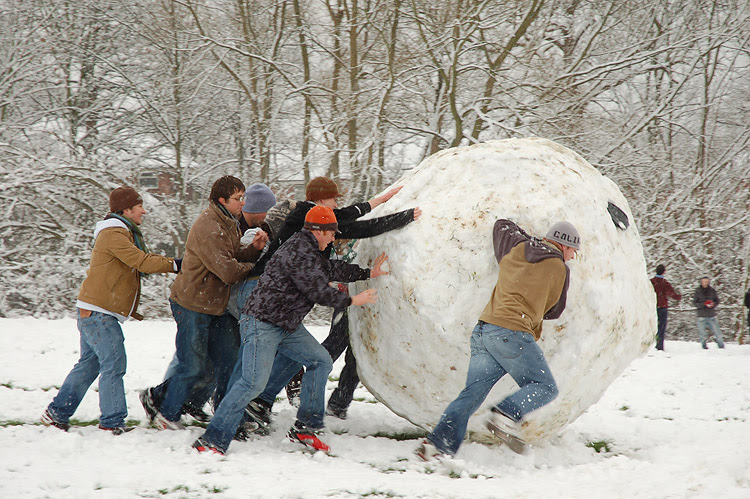 Well friends, I just don`t know what to say, I am so proud of our growing army of supporters, I predict we will have 1 million signatures by the middle of May!

On the Sunshine coast after a slow start due to delays from Elections B.C. we have got the big mo on our side, the total amount of signatures we need for our riding is 3600 ......Well as of Saturday night we have collected almost 2500 of our total, but we are going big, were shooting for at least 10,000 signatures, I have turned many people away who said they weren`t registered to vote, but, I am handing out the toll free number for Elections B.C. and telling them to register to vote and once they have registered to return to sign the petition.

It seems to me that many are now regretting the fact that they didn`t vote, so not only are we going to thump a fat 1 million signature petition in front of Gordon the impaler(thanks Kam) but we are going to bring thousands of new voices to the voting booths, and friends these newly registered voters will not be voting for Gordon the impaler or any B.C. Liberal....

There will be no Dianne Watts to the rescue, the Liberals are cooked, done like dinner, right now Gordon Campbell is in panic mode, he is busy awarding lucrative deals to his corporate backers, deals that stink to high heaven, the Paragon deal with Campbell`s friend Richard Turner is so smelly my lip curdles just thinking about it.

Another deal, well another proposal deal coming tomorrow is the announcement of Site C dam in the Peace River Valley, the first thing that strikes me about this deal is the fact that it is in only stage 2 of a 5 stage environmental and economic review, Blair Leckstrom is being led by a leash to act the fool for Gordon Campbell, the environmentalists are going to go nuts over this announcement, I have had a few very concerned faithful readers and contributors getting upset over this deal, I try and look and think outside of the box, the first thing that comes to mind is Gordon the impaler`s revenge, you see folks, the peace river riding was one of the first riding to sign enough signatures on the HST petition, now that Campbell has roasted his chances in that riding, the people have spoken now comes Campbell`s revenge, that`s how he operates, I have said it before, Gordon Campbell is criminally insane!

And as you know I tend to get a little emotional, but as for Site C......I`m not too worried about it, there are still three stages of the review to go, that will take time, time is what Gordon Campbell doesn`t have, the Gordon the Impaler and the B.C. Liberal enabler party are on their last legs, the talk about 2013 turning orange, I`m not interested in 2013 .....The Government will fall within a year.

"Recall in the Fall".......After the successful HST initiative the people will feel so empowered, I suspect that Gordon Campbell will ignore the HST initiative, that won`t bother me, when the Impaler ignores 1 million voters, when people start paying that tax, on funerals, meals, on everything, the citizens will see that tax everyday, the anger, the snowball will grow and grow and recall will be done, I have no doubt about that, Campbell is so out of touch, skyrocketing hydro bills, municipal taxes are going up, in fact I read an article about EIC premiums, well guess what, they are going to spike, early estimates is a $500 dollar hit per year for each average worker, and that`s shocking, the reason it`s shocking is because Federal Governments of all stripes have been pillaging to the tune of over $50 billion dollars from the EIC fund and dumped the theft into General revenue, the people have awoken, the other shoe that is about to fall is that the Federal GST is going to rise, I suspect that after July 1 /2010 the Feds are going to raise the GST to 6%, ......

No more friends, we have the lowest corporate tax rate of the G7 countries, here in BC the Government collects more money from tuition then all Corporate tax, and that`s before the HST has come in, the carbon tax goes up on July 1/2010......Something big is happening, there is a freight train called the HST revolt roaring down the tracks, anyone who doesn`t get out of the way will be flattened, I wish it was a BC Rail train that was carrying the message.

Another very wise person who regularly contributes to the flavour of this site has a great idea, Gordon the Impaler will be sending out propaganda on the HST as a push back, this mail out doesn`t worry me in the least, after all, Colin Pinocchio Hansen has had 10 months to convince the people, and how much luck has bill Good, Michael Campbell, Michael Levy, Keith Baldrey, Jack Mintz, Crusty Clark, and the rest of his minions had?...........Drum roll please....

None at all, in fact there are more opposed to the HST after 10 months of spin then there was in July when it was announced!

Crankypant`s idea is for everyone to send back the HST propaganda ...."Return to Sender"

I think that`s a fantastic idea, I don`t know how much it will cost but can you imagine, 2 million pieces of garbage sent back to Gordon Campbell!

Just a short few weeks ago the people of BC were in the streets drunk on pride and spirits, Gordon the Impaler was screaming the national anthem waving a giant flag while wearing stupid red mittens to cover his blood stained hands, the last act of a desperate scoundrel is to wrap themself in the flag, in fact friends the impaler was expecting an Olympic bounce, I don`t think Campbell was expecting to get an Olympic bounce right out of office, it`s going to be a Long Hot Summer.

Grant, I think you are understating the revolt to the HST. This ain't no snowball, it's a tsunami. And it is all going to land in Campbell and Co.'s lap with such a force that they won't know which way is up. The BC Liberal party will have the distinction of being the first provincial political party to pull the rug out from under their own feet.

Thank you for crediting me with the "Return to Sender" idea, but the truth of the matter is that blogs such as this bring ideas, both good and bad, to the fore. We tend to do what our elected types fail to do. We both talk and listen with an open mind rather than decree and shut out reasonable discourse.

You'll have to advise anyone who isn't registered that they can't sign. They MUST have been registered prior to April 6,2010 or they are unable to sign. Those are the rules from Elections BC. But it wouldn't hurt to have them register anyway because of the RECALL IN THE FALL. When they will have a chance to tell this government just how they feel.

And the easiest way to tell if they are registered is if they got a piece of yellow paper in the mail prior to the last Provincial Election.

Over 70 mills have shut down and not one tear from pat bell,and almost no news coverage,1 mill is opening up and that's great news for the people of the area congratulations,but to see that puke crying and all the hype from the media,is just revolting,where were they as the mills were closing and being sold to China?I just can't believe how these guys think a few crocodile tears can make everything alright up yours bell you weren't crying when those mills closed and those hardy folks were losing there jobs!

Grant, here is the HST site at elections BC

It has everything anyone wants to know. Scroll down the page to find answers to questions

Registered voters who now live at a different address than the address on their voter record and who want to sign the petition to end the harmonized sales tax (HST) using their new address, must update their address information with Elections BC prior to July 5, 2010. If Elections BC does not have a voter's address on record, their petition signature will be disqualified.

It's unfortunate that many will have to be turned away from voting on the Initiative, but perhaps for some, they'll see now how important it is to vote - or at least have the opportunity to, by being registered to vote in the most recent election. Whether or not they choose to vote at any time, this Initiative proves why we should at the least be registered to do so.

Thanks folks for the clarification...It`s not like people have come back and said they just registered, I am aware, that my friends is why were shoooting and will get 10,000 votes in our riding, triple the required.......

Because I suspect that many are registered to vote.....

The petition will drive people back to the polls,and that is a good thing....

I also tell everyone who signs the petition to NEVER SIGN MORE THAN ONCE.....My photographic memory serves me well.....

Thanks for exact quote Leah....."Return to Sender"

Grant
Here is another weird thing about this. If you want to canvass and are NOT registered, you can register to vote then apply to canvass.
Also I got confirmation today, because we are so close to the lower section of this riding, if we get the petition sheet for the next riding, we can canvass or witness signatures for that riding.
That helps a lot for people who may not have a canvasser in the riding next to you.

even if you get all the signatures, do you really think they will dump the HST???

the liberals stuck it to us in Ontario too. we are both done like xmas dinner.