Hey hey, ho ho, Christy Clark has got to go

Thanks for the link... 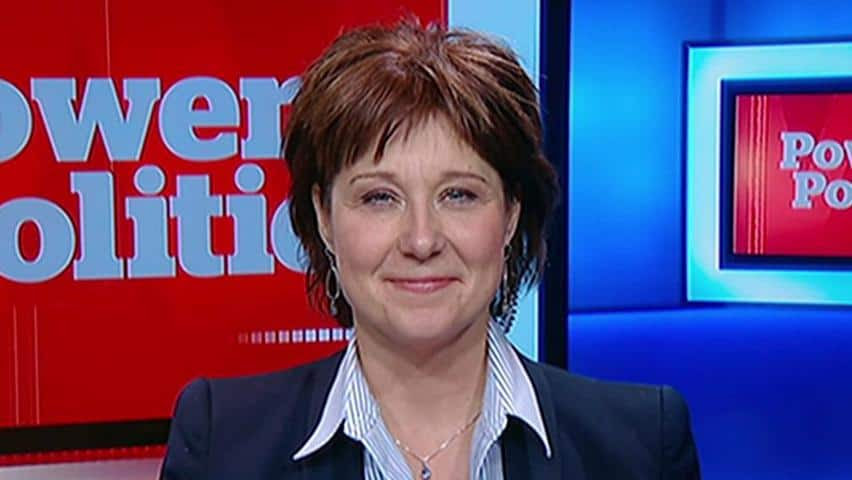 
Listening to the throne speech, if one didn't know better, if one believed even half of it, millions would be building statues and monuments province-wide honoring the greatest leader the world, let alone British Columbia has ever seen....The honorable Premier Christy Clark..

Lieutenant Governor Judith Guichon,     I wonder how she feels tonight, did she sterilize her mouth with antiseptic mouthwash to remove the bitter taste of real-life irony, or knock back a pint of tequila to numb her mind. I understand that people have certain duties related to their job and they just can't say no to performing the most distasteful acts..

However, is it morally acceptable for someone with such a distinguished title, for someone held in the highest regard to fumigate the airwaves with a litany of what I call lies..

For starters, the same Lieutenant Governor delivered the pre-election 2013 throne speech...a throne speech where the government promised untold wealth from LNG, debt free BC, sales tax elimination, monies flowing into the treasury so fast that special untouchable prosperity funds had to be created and secured for future generations...

Yet the honorable Lieutenant Governor doesn't live in a box, or a shoe, she doesn't just appear by rubbing a magic lantern, she is one of us, a BCer...

Judith Guichon can see for herself that Christy Clark clawed bus passes from the disabled, MSP went up everyone of Christy Clark's 4 years as premier, BC Hydro went up every year, as did BC Ferry rates, ICBC rates, over the last 4 years the majority of BCers saw their economic viability diminish, millions of British Columbians saw the dream of home ownership vanish before their eyes, while real estate promoters filled the BC Liberal coffers to the brim...

I mentioned building monuments honouring Christy Clark for everything she's done....for under her administration a poorly run seniors care system deteriorated even further, I didn't think that was possible, understaffed, drug the elderly and mentally kill them off behind blue curtains, outsource seniors to another realm, the spirit world....

School capital requirements ignored for over a decade, children bursting at the seams in Surrey are offered temporary portables.....While election promises from 10 years earlier, seismic upgrades are doled out by political points, can it win the BC Liberals a riding, if not the seismic upgrades are pushed off, again and again and again.....playing politics and Russian roulette with the live's of children is one sick game..

The 2017 throne speech was riddled with trickery...suggesting the BC Government was waiting for long sought out guidance from the Supreme court as to how to proceed forward with student needs, shameful, ..the lieutenant governor knew full well that Christy Clark took children to the hill and was ordered by law to repair the damage done..

Judith Guichon knows of the disgrace of the fired health workers, and the taking of a man's life, the 2 year long lie of an RCMP investigation that never was......

and story after story of children dying in the care of Government, scathing report after scathing report ignored, hand wringing, while great leader Christy Clark has confidence in her chosen cabinet ministers......personally, I don't blame Stephanie Cadieux, she has zero authority, she is merely the face of the ministry, a ministry gutted, gutted by Gordon Campbell and Christy Clark

Can Judith Guichon see what I see, a thousand BCers lined up in a row dead from Fentanyl, a horrible drug being shipped in from China, the throne speech suggested the BC Liberals were moving mountains to stop the carnage, yet, because it was the opposition NDP that brought forward a year ago a legislative Bill to ban pill-presses, the ruling Christy Clark Liberals voted it down....for no other reason than politics, even with hundreds dying every month it's always political gotcha games with Christy, we just had a full week of Christy Clark lying about a computer hack that never happened, even worse, she blamed a man and a party who she knew had nothing to do with it, sad...political games always, whether they be children, seniors, or just regular people, everything is through a political lens..

For years in the legislature and on the campaign trail Christy Clark blamed the NDP for a mining slowdown in the 90s, somehow the NDP drove down the world commodity prices, but when the promised LNG riches never accrued, it's the fault of economic headwinds beyond our control..

It's always someone else's fault ....Christy Clark has never taken responsibility for anything her entire life, a life spent doing nothing but feeding off the public trough...

A $million dollars in 4 years on photographers....photoshopping, oyster bars, private flights and $80 k yearly stipends while bus passes are clawed back from the disabled earning less than a $1000 per month..

I'll have more to say on this 2017 election year throne speech a little later on,,,

Oh...you know that old saying, beware of Greeks bearing gifts....Christy Clark is so unpopular she is about to send everyone in BC a cheque before the election...Not a tax cut, a pre-election cheque for everyone..

Anyway, I have a monument to go build..


and it has nothing to do with Christy Clark.

It's for all those that need not have been killed...

I love you British Columbia....Time for change 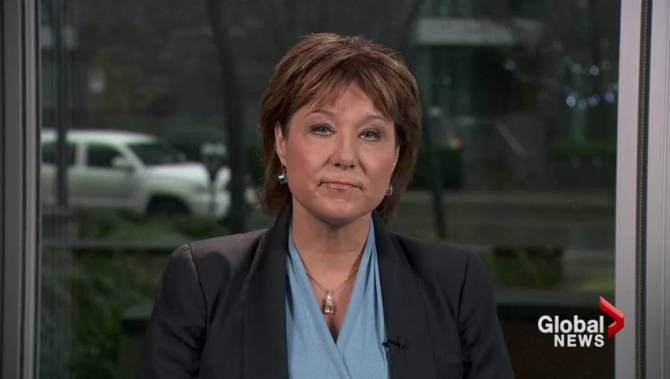 As reported almost exclusively here at The Straight Goods, Japan, the country Christy Clark claimed was going to buy all the LNG B.C. produce and make us filthy rich....The dream(fantasy) has died..

Now add in Donald Trump.....Shinzo Abe, the Prime Minister of Japan is set to meet with Donald Trump....Japan, which at present has contracted too much longterm LNG....Shinzo Abe is wanting to appease Donald Trump, especially when it comes to trade deficits, USA buys far more products from Japan than Japan buys from USA....Donald Trump has been raging at Japan over this present predicament....Shinzo Abe has stated that Japan is prepared to buy USA oil and gas...as in LNG..


Japan is putting together a package of plans for Japanese companies to invest in infrastructure and job-creation projects in the United States for Abe to take to the Feb. 10 meeting with Trump in Washington.


Another idea is to offer to increase liquid natural gas (LNG) imports from the United States, a source in the ruling coalition told Reuters.


Another option, if Abe determines that Trump is most concerned about the trade gap, is to increase imports of U.S. shale oil or gas on top of the investment package, according to a top executive at a major Japanese corporation who is close to Abe.


Japanese officials have been scrambling to respond to Trump's scattershot comments since he took office.


He has threatened to impose a tax on car imports from Mexico, criticised Japan's trade gap with the United States and most recently accused Japan, along with China and Germany, of devaluing their currencies to the detriment of U.S. companies.


"(Abe) wants to know what's the most important thing for Trump," said the executive, who declined to be identified.


"If it is the trade surplus that Trump cares the most about, for instance, then we could come up with a few possible solutions," including importing more U.S. shale oil or gas.


Abe's approach toward Trump would be "not accommodating, not opposing", he said.


Utilities would be resistant to buying more U.S. shale gas because they have already committed to buying large amounts and Japan's demand for energy is falling, an executive at a Japanese gas importer told Reuters on condition of anonymity.


Prices for LNG in Asia have fallen by almost a fifth this year amid a supply glut.


Japan is the world's biggest buyer of the gas cooled to liquid form for transport on ships and takes in nearly a third of global shipments.
Once seen as a panacea for Japan's energy crisis after the Fukushima nuclear disaster in 2011 led to the shutdown of most reactors in the country, U.S. shale gas is now just one of many options for Japan to meet its needs.
Japan took in its first shipment of shale gas in liquid form this month and more shipments are likely to come as more export terminals start shipments this year and next.

The Yomiuri newspaper said on Thursday Abe's growth and jobs initiative would include a plan for Japan and the United States to jointly develop a $450 billion "infrastructure market", into which the Japanese government and companies would invest $150 billion over 10 years.

http://in.reuters.com/article/usa-trump-japan-lng-idINKBN15H21S
_______________
Here me clearly Christy Clark, listen up Rich Coleman...Here are the facts..There is a worldwide glut of LNG going out to 2030...Japan's LNG use is in freefall, their electrical demand is in perpetual decline...Japan already has too much LNG and now..

And now Japan, to appease the USA is prepared to buy up American LNG being produced in the Gulf Coast....need more..Alaska is pushing to develop and build a mammoth LNG terminal...Alaska LNG, like British Columbian LNG proposals have failed to secure LNG buying customers at a price that would bring profits..
It is my opinion that this latest initiative between Japan and America has put the final nail in BC's LNG coffin...

And that is good news for the Skeena River, good news for BC wild salmon..
Petronas is out....Their corporate website hasn't mentioned British Columbia in 1/2 a year..
Petronas is not going to expend any money on Pacific Northwest LNG when they haven't secured LNG buying customers...and considering Japan was the customer Petronas and British Columbia was trying to woo..
The time is now Christy Clark....you made outlandish over-the-top election promises to the people in BC's northeast, ..promises to BC's coastal communities, ..people invested money, the voters were promised untold wealth, now comes the time to pay the piper..
You Christy Clark and Rich Coleman need to come clean with British Columbia citizens and tell the truth, admit that your LNG fantasy has come to a grinding halt, and for the foreseeable  future, at least 15 years nothing is going to happen on the LNG front..
And no, India is not going to be a market for over-priced BC greenfield LNG...India will only buy cheap LNG, which the world is awash in..