What is the true cost of the Sea to Sky highway 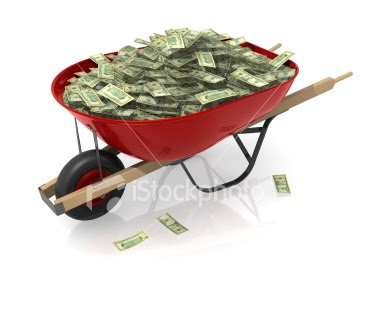 Lets talk Sea to Sky highway,one of the BC Liberals vaunted P3 projects,is it a good project?

There is no doubt that the highway has been improved but at what cost,was it 500 million? Nope,was it 700 million?nope.........The government says the project is 800 million but were not even close yet,I have tried to dig up the costs of construction but the province won`t come clean.(What else is new)

Well my sources have told me that the construction cost was actually well over 1 billion$ dollars.

This P3 is paid out over 25 years,construction costs 800 million$ dollars(so the government claims) but that is not where we are getting stung, the remainder of the 3.5 billion$$$ gets paid out over 25 years and the money,the payments, are contingent upon maintaining the highway for 25 years, OK.......But before you lambaste me for the early omission lets do some simple math.

Divide 2.5 billion by 25 years and it works out to 100 million Dollars $$ per year for maintenance,have I got your attention yet.

276.666.00 $$ per day,every day 365 days a year 12 months a year for 25 years......Thats right, the P3 builders are getting 276 thousand dollars per day for maintenance, sure the builders have built in interest in this project,thats the nature of how P3s work, by giving government the ability to pay for the project over a long period of time we have to pay a huge premium.

So anyways,right now we have many P3s,the Abbotsford hospital,the Kelowna floating bridge,the kicking horse canyon bridge, and many many more,and everyone of them have this massive premium built into the price,energy contracts are structured slightly different,we have guaranteed them a ridiculous price for energy for terms of 25 and 30 year deals,energy that BC hydro could produce with profits coming to the province rather than going to American corporations.

So now we are stuck with these P3 payments for decades,energy agreements,all being put on our BC credit card,and just like a credit card we are not paying off the bill each month,how long can we keep adding guaranteed payments to our credit card? Well,I contend we have already maxed out,because no matter what happens with the economy we still have to make our payments.
The total so far with energy contracts and P3 payments is approximately 65 billion$$$ on our BC credit card,and with interest rates at historic lows,and no sign of interest rates rising significantly for years,we are paying a massive premium on cheap money.
Last point...James Hoggan (chairman of the board of directors of the David Suzuki foundation)his company(James Hoggan and associates) was paid over 300.000.00 in contracts to promote the Sea to Sky highway,makes you wonder why,why David Suzuki pimped for Campbell during the last election,why the Suzuki foundation remained silent on fish farms,coal bed methane,enbridge pipeline,SFPR through burns bog,Gateway......David Suzuki`s silence was......Well, "deafening"

Correct me if I'm wrong here Grant. But isn't there something leaked or otherwise that some of the construction on the Sea to Sky was to be paid for by CN. I'm sure I read that(not in the MSM) somewhere.
Also thanks for connecting the dot. Suzuki to Hoggan. All makes sense now.

$277,000 a day for maintenance?????? What a FRAUD!!!!! For that money they could use TOOTHBRUSHES to clean the whole highway every day. These P3 Gordo scammers are pocketing the money, that's what!!!!

Where is the stupid opposition on this!!!!!

In fact I nailed Falcon lying about the Macquarie group on the sea to sky.

I cornered Falcon on the Sean Leslie show and asked him if the same MacQuarie group was the general management group on the sea to sky highway,he answered no?

He Came back on the Sean Leslie show 2 weeks later and I confronted Falcon with the data about Macquarie group,he panicked.try to talk over me and finally he said.." Yea Macquarie is on the sea to sky but I am involved with so many projects I can`t remember all of them"

How can a minister of transportation not know who the general manager and banker on the high profile 3.5$$$ sea to sky project is?

This government has hundreds of dirty little secrets.

Gary,your off a bit,the province paid for land clearing and cleaning near brittannia near the old mine,and just by happen chance Jack poole bought the land just before,so Jack Poole got his land cleaned and cleared for free,along with a brand new highway to bring him customers(Jack Poole:Concert properties:)

As for the land,that was part of BC Rail deal,CN got all the waterfront property from horseshoe bay up the sound for a grand total of 1$ dollar extra on the deal cost.

Did you watch BALDrey on Global tonight? It looked like the NDP were a bunch of whiners and he made the LIERS look good.

You should initiate a protest about UNFAIR reporting at Global studios!!!

I hope Canwest Glowball goes bankrupt,their price is like a few cents a share,biased reporting,Campbell talks about his mandate,take out the pimps at Global and he would be gone from government.

The Vancouver Sun is by far the worst,that asshat managing editor Kirk Lapointe is a loser,he has no idea how to sell newspapers,either that or Leonard Asper pulls his strings like marionette puppet