Get ready for the HST con job spin 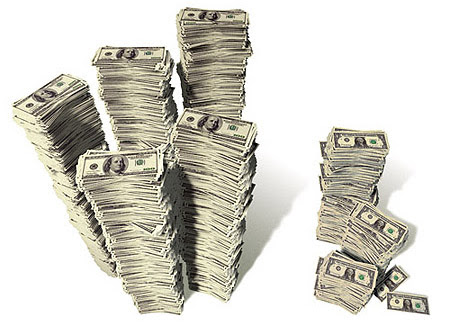 Monday morning,and a beautiful day it is,I wonder how long it will take for me to get angry,.........Try like five minutes,he`s back!

Bill Good,Gordon Campbell personal mouth------------Piece,I kinda thought before Bill Good left for his three week hiatus that he was angry at the Campbell Liberals,angry over the deliberate lies,angry over a fraudulent election......Well,I guess I`m wrong,it appears that Bill Good has been re-schooled by the( I Love Gordo no matter how much he lies school for minions)

8.30 AM....Billy boy starts by reflecting his time off,how he read the pros and CONS..of the HST and how no one like taxes but the government "Oh so wants to provide more health,more education,the government just need more money to keep us BCers happy and well provided for".....and then he mentions Gordohs brother Michael Campbell (Who had a :Its your money comment a little earlier:)He said how people are attacking business,attacking the goose that lays the golden egg and how we need to support business,support free enterprise and on and on it goes.........

Bill Good then mentioned all the business councils that are FINALLY lining up to support Campbell,the board of trade,the road builders association,the chamber of commerce,the mining council,the resource sector etc etc.......Then Bill slips into attack the NDP mode,oh,the NDP flip flopped on the carbon tax...the NDP love taxes and how it`s all so political......

Well lets clear up one thing first,the NDP are politically inept in getting their message out and the Canwest MOB pimps for Campbell but the NDP did not flip flop on the carbon tax,they lost the election,are they supposed to march around for 4 years with AXE the TAX signs? Carole James said,"Looks like were stuck with the gas tax so lets make it better,lets put the money into green projects,lets do SOMETHING with the money"


And lets clear up another lie being spread shall we Mr Good...The Campbell gang claim the HST is revenue neutral so where is extra money for those services that dear old gordoh so badly wants to provide us? So who`s lying Mr. Good,you? Campbell?,is it a tax grab,revenue neutral,which one is it this week.........You need a permanent vacation BILL,your nothing but a shill,your failing to mention that the BC Liberals are bold faced liars,they are dishonest,and in my opinion CORRUPT to the core.

Which brings me to the BIG CON,here are some more facts......Lets go

Ecana...The big oil n gas company had second quarter profits for this year of 239 million$$$ down from a staggering 1.2 billion $$$ for the second quarter last year.

Are you trying to tell me that Ecana will lower their costs to the consumer with the HST,uh uh,Ecana is hoping that natural gas prices go through the roof,that`s the business....Read it here

And lets talk Teck Cominco,our own Vancouver based mining giant..

This years 2nd quarter numbers were..net earnings 570$$$ million or 1.17 per share--operating profit before depreciation was 841 million$$$ --earnings 177 million from continuing operations before non-recurring items and positive pricing adjustments/and at june 30th/2009 cash on hand was 750 million$$$......Read it here

Is there even one person out there that believes Teck Cominco will lower costs to consumers? Hell NO..Teck Cominco hopes that the price of ores,gold,zinc skyrocket.....that`s the nature of the business,so here we are helping these poor starving industries that just want to HELP US.........WHEN PIGS FLY

Cheers-Eyes Wide Open
Posted by Grant G at 9:31 AM

Why do you waste your time listening to that useless CRAP?? Nobody else does. Do you like being beaten with a torture stick?

It's about time you change your radio dial to something that you can enjoy.

Excellent remarks Grant!
And just as an aside, what radio station would that be? Mainstream Media is all the same, only the names change..................

The once giant of talk radio CKNW-Now nothing but a Campbell spin site,or Rush Limbaugh of the north