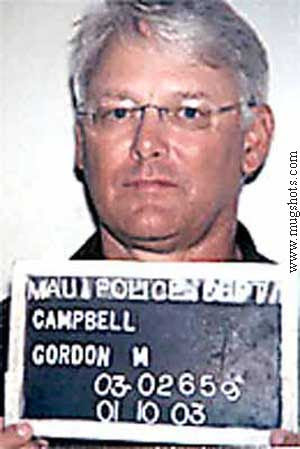 Bill Good has forgotten what morality and honesty is,his quality of radio has reached lows never imagined,for cknw to allow this man(pimp) to spew deliberate lies onto the public is sad,sad for the naive public and an insult for people with brains.

Bill Good is an avid reader,very political,he is well aware of BC legislation,he is aware of the ALL of the FACTS.

So why did Bill Good deliberately mis-lead radio listeners this morning and invite callers to respond to his lies?

Lets set the stage.....The Campbell goverment is in deep doo doo,the election was a fraud,they are up to their eyeballs in debt,they are cutting services and bringing in a HST tax shift.

So what does billy boy have to say,he starts his first radio segment talking about how people want services,complain like crazy if services are cut but don`t want taxes that pay for services.That seems like a reasonable start but that is where it goes off the rails,he then launches into defence of taxes,Bill Good goes onto say that the carbon tax and hst tax are going to fund services,he adds that these taxes bring in over 2 billion dollars of revenue........Say WHAT?

The hst tax,colin Hansen,Campbell,both make the claim that the hst is revenue neutral to government,they claim it`s a tax shift,2 billion dollars in taxes being shifted from business to the public.....So what is it Bill Good,is it a tax grab,is Campbell lying,is Hansen lying or are you lying Bill Good?

His next segment was about the regurgitated promise Campbell has dusted off, all day daycare for 5 year olds and younger.

He didn`t discuss the unlikelyhood of it ever happening,nope,he left the naive listeners to believe this is actually going to happen,again billy boy was pimping for Campbell,poor,shoddy radio and Bill Good knows better........Here is the story about all day daycare for 5 year olds.

A government promise for all five-year-olds was resurrected yesterday,just months after the idea was put on hold because of concerns about cost,staffing and space.

The throne speech offered few details except to say that full-time kindergarten will begin in fall 2010.

Education minister Mageret MacDiarmid explained later it will be introduced in stages,although she wasn`t able to say how many schools would be ready to offer it by next year. "{We}will make as much of a splash as we can.It`s so important and it is a priority for government" She said in an interview.

The throne speech,which warned of dramatic fiscal restraint,also advised that the government will be reviewing board of education spending,just as it is examining spending by B.C. Ferries and Translink.

MacDiarmid said she believes all players will support the effort to ensure as many dollars as possible are spent on student learning.

The Liberals first promised expanded kindergarten in the 2008 throne speech,when they floated the idea of all-day kindergarten for five-year-olds in 2009 followed by a program for four-and three-year-plds by 2012.

An early childhood learning agency,created by government to study the costs,found strong support for the five-year-olds` program but said annual costs would be about $600 million.

As well,schools would have to hire 1,000 additional teachers and renovate space to accommdate younger kids.

Now,all-day kindergarten in B.C. public schools is available only for five-year-olds who are English-as-a-second language or aboriginal students or have special needs.

The vast majority of children attend half days.

Although the B .C. Teachers Federation has been advocating all-day kindergarten for five-year-olds since 1990,president Irene Lanzinger said she would rather it not proceed at this time.

"The rest of the system is so underfunded" she said "We want to see the government move to all-day K, but not at the expense of other programs"

Your not worthy of a radio spot Bill Good,my suggestion is you move your microphone and computer to some boiler room in Victoria and work for the PAB (Public Affairs Burea

I wonder just how many people in the general public sop up the lies perpetrated in the MSM in BC?