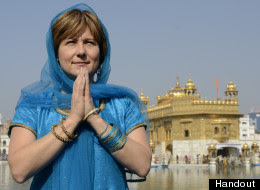 UPDATED HERE...It was after this post was published, 2 hours later Ben Meisner feeling the heat opened up the comment thread /April 6th/2013..9:54 am


I wrote a post about about 18 months ago about the truth and information Nazis who dwell at Opinion 250 online news..

Opinion 250 allowed comments under their stories, that all changed during the BC Liberal leadership campaign, all stories at Opinion 250 about the BC Liberal leadership campaign Ben Meisner eliminated the comment sections, he did that for a reason, people, commenters were leaving links to harsh stories about Christy Clark`s personal record, how she is a school drop-out, how she got caught cheating on student body elections at S-F-U...Commenters posted links to Alex Tsakumis`s articles about Christy Clark`s and her brother Bruce Clark`s involvement with both BC Rail, BC Rail lobbyists and their connections to the convicted criminals Dave Basi and Bobby Virk..

Well well well, Opinion 250 is up to their old censorship tricks, again, I noticed over the last couple of weeks Opinion250 did a couple of stories about the WIDC building in Prince George, stories about the alleged scandal, Ben Meisner blew off the scandal as idle gossip, I was interested in what commenters there were going to say, after all, Opinion 250 is a Prince George based newspaper, the public and readers know many of the players involved in WIDC personally...Below are three Opinion 250 articles on the WIDC, all three prevented comments....Why Ben?

Ben Meisner couldn`t handle the truth, or comments, or links to real journalists who write real stories regardless of where the chips may fall..

Ben Meisner for years has been nothing but a walking talking writing BC Liberal infomercial and pom pom girl...Ben Meisner is no journalist, he`s a BC Liberal whore..

Well, I just got home and did a little dancing around the internet, there on the Opinion 250 front page is a story about an interview Christy Clark had with Opinion 250 staff(Meisner)...I wasn`t interested in reading any verbal diarrhia from Christy Clark, I scrolled down to the comment section and lo and behold...

Truth and information Nazi Ben Meisner has canceled the comment section for the article, for what reason, all stories at Opinion 250 have comment sections and comments, except any and all political articles involving Christy Clark..Meisner shields Christy Clark from criticism..

Opinion 250 is a shameless newspaper, a Pat Bell Shirley Bond booster club disguised as a newspaper, a BC Liberal banner station, a place where rightwing dinosaurs and knuckle-draggers scream at the Socialist hordes, they man the gates with guards donning white sheets....The only saving grace at Opinion 250 is the odd contribution from Peter Ewart, and the daily cartoon, ...

Anyway, I present you the interview Christy Clark gave Opinion 250..And yes, Christy Clark is still in need of a Rosetta Stone English speaking course...

You have to read the story yourself, I`ll give you one cut n paste statement from Christy, be prepared to laugh, and weep, oh boy, she is indeed a basket case..

Premier Clark stands firm on the base for the Provincial budget. Despite criticism that the budget places too much emphasis on natural gas and the selling of assets, she says the budget is solid

“I think we’re in pretty good shape on the natural gas numbers, and in terms of assets, why should the people of British Columbia own assets that are surplus? A classic example is there’s a property in Surrey , the Government bought it because we were thinking we were going to build a hospital there. Well went ahead and built the hospital somewhere else. We have the land it’s sitting empty, fenced in, nothing going on it, we don’t need it, we should sell it.   We’re selling assets that make sense, and government has always sold assets, always, every year, but we’re being more aggressive this year but it’s all achievable.”

You can comment here if you like, or not, Ben Meisner won`t allow any comments that might be critical of Christy Clark, therefor he cut off all comments....Ben Meisner, another sad old man, and sellout....


I wonder if Christy Clark knew Toifa invited Moe Sihota to Tonight`s main event stage for photos?...Check out Moe`s smile, or is that a grin..

Attractive and dapper Moe Sihota, a man of Indian descent...Hmm, I`ll bet the NDP get more of a bang out of this event then does the chameleon party!

I see Laila is having a hissy fit cause ndp moe sihota attended toifa?

Here`s a news flash..Money has no political colours, money flows into coffers, if one thinks Enbridge will get free ride for a few grand, ridiculous..

Or a BC Rail inquiry being canceled because Maclean gave $6k to the NDP..

Ridiculous again, same with BC Liberals, or BC Conservatives, Libs and Cons would take union money if offered, money is money..

Enbridge could send me a cheque, wouldn`t change my position.

As for Moe Sihota at Toifa, WOW, what a shocker, politician of Indian descent attending a gala full of Indian stars, sheesh..

Would Laila prefer Moe Sihota and NDP protesting outfront BC Place with placards?

The event is here, the Indian stars are here, all NDPers of Indian descent should be front and center..

Heck, Wally Oppal had a op-ed in the Province today about Toifa.

Laila does some work with Sun media, they have whack-job liars who spin rightwing rhetoric, Charles Adler is a hater, Ezra Levant goes off the wall, Alise Mills spins and lies on air there too..

They do regular hatchet jobs on at Sun media on Thomas Mulcair, and talk about Justice Trudeau hate speech central..

Laila Yuile has no problem with that..

Oops..That would be Justin Trudeau.

Personally I think that Sihota's presence in this picture diminishes the impact of Christy's planned photo-op. The last thing she would have wanted to do is share the perceived limelight with anyone associated with the NDP.

The sad part about the whole thing is that our selection of governance has stooped to catering to special interest groups and specific ethnicities. Elections should be won or lost based on the merits of the platforms brought forth by the various candidates and political parties rather than the colour of the skin of the voter.

Yes indeed, That`s why Moe is smiling, like it or not, Moe Sihota is a rock star in the Indian community, Christy Clark is indeed twisted over that photo, I get the impression Christy Clark wasn`t expecting to be photographed with Moe.

Some bloggers just don`t get it..Laila yuile is off base..

And so is Tsakumis on donations to the NDP party..Enbridge went to NDP fundraising dinners, they raised near $800 k in one night, all the energy companies bought tables,

Same with CN Rail, like it or not, CN rail is here in BC, transporting goods..

What Tsakumis keeps forgetting, as does Van Dongen and others..

What was the NDP party to do, tell business people they couldn`t attend their dinners?

AGT is starting to believe his many self-written comments..

And Laila needs to move out of her Sun Media glass house.