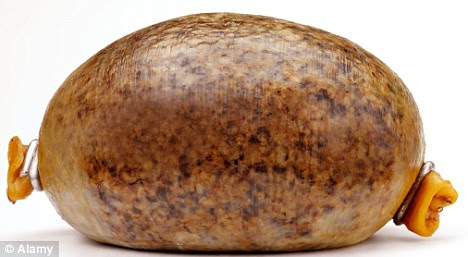 Well, wasn`t that an interesting infomercial, only now do I realize how lucky my family was to have survived the decade of the 90`s, the horror, no electricity, 3600 consecutive days(and nights) of rain, so gloomy it was it didn`t even snow on the ski slopes, no jobs, 800% rate of taxation, the only employment that existed was 1 million workers toiling on fast ferries..The horror...Indeed..

All kidding aside, this Sunday evening blockbuster was rather lacking in, well, in every department, I definitely needed more twizzlers and popcorn..

Just a few points I would like to make...Comparing Christy Clark to W.A.C. Bennett, really, Winston Churchill would have been a better comparison, Winston Churchill fought the Evil Aldoph Hitler and Totalitarianism while Christy Clark is fighting off Adrian Dix and his pot smoking welfare collecting green tea drinking tree hugging hordes of teachers, students and wannabe hippies.....Then there was...

At least a half a dozen references to how hard it was to balance the budget, that was indeed a special statement, designed perhaps to convince the 88% of BCers who don`t believe the BC Liberal 2013 budget is balanced when you have to sell a $ billion dollars worth of assets and estimate the rate of growth of future spending to a paltry 0.8%  ..When you averaged a 3% growth rate of spending over the last decade, ....I might be wrong, don`t think it`s wise to tell 88% of voters they are too stupid to understand the vagaries of temporal logic super computed subtle nuanced budgets, ...In other words, we dumb-ass Socialists don`t comprehend what "Selling Surplus" stuff Means...It means a balanced budget you dummies!...Me, I is a going to the "surplus asset" shop to buy me some surpluses..Rumour has it there`s some deals to be had...I`m sure most of you didn`t know but secretly, I collect surpluses..

Most British Columbians don’t believe the provincial government’s claim that the budget will be balanced in 2013, according to an Ipsos Reid poll.

Twelve per cent of those polled said they believed the budget would be balanced, while 72 per cent said they didn’t believe the B.C. Liberal government’s balanced budget promise.

Yes, I`m having a little bit of fun with this, what else to say, Christy Clark lied, it is true that once(1 time) in the 90`s British Columbia received an equalization payment from Ottawa(That`s what the BC Liberals mean when they say we were a have not province in the 90`s), it`s also true that British Columbia received equalization payments from Ottawa 5 times under the BC Liberals in the last decade, 5 times a have not province under the BC Liberals...Christy Clark is a liar, BC Liberals are liars...The media let them get away with that lie for far too long..

I was expecting more, the entire infomercial was another rehash of the CC4BC ads against the NDP..Adrian Dix bad, decade of the 90`s were dark and disturbed, Christy Clark and BC Liberals good, ho hum, yawn, snooze..Where was I..

A single mother(celibate?)..Yea, there was a camera shot of Hamish..a few scenes with some old grey-haired Socreds, (They all had deep-black hair in the 90`s, stress you know)...

And Christy Clark said something that I found very insulting, about her dad leaving no mortgage on their family house and pre-paying his funeral..Christy proclaimed, "That`s what parents do"...They don`t leave debt, yet I know dozens of seniors who are house rich and cash poor, they have borrowed against equity to pay the light bill, the fuel bill, the grocery bill, there are 100,000`s of BC seniors who have borrowed on equity to fund their last years, pensions haven`t kept pace, Canada pension doesn`t afford rent in cockroach motel..I found that comparison to be completely out of touch, more BC Liberal arrogance..

Considering there are so many cash poor BCers in 2010 the BC Liberal Government lowered the age of requirement to allow more people to defer their property taxes...Oh the humanity, all those irresponsible seniors, and fathers and mothers who are NOT paying their bill...

Of course Chrity`s infomercial wouldn`t be complete without tall tales of unicorns and shiny ponies for everybody through a once in a lifetime LNG prosperity superfund..

The debt will be eliminated by 2028 according to Christy Clark...In 15 years, yet we haven`t got even one LNG plant built yet and according to an expert on Bill Good`s last week..."There might 2 LNG plants by 2020"...

After many complaints the segment was restored

So 8 years after the first LNG plant comes online, BC`s debt will be gone, sales tax eliminated and a superfund for tomorrow`s children...

Cue laughter here....What is it, feast or famine, the NDP proposed a carbon tax for the gas flaring LNG companies, starting in 2014..in that year the cost to industry would be $35 million dollars per year, rising to $100 million after 4 years(2018)....So an industry which Christy Clark proposed putting her own "new LNG tax" on, a industry that will not only make their own fortune will provide British Columbia $hundreds of Billions in 8 short years after they start exporting....Well, something is terribly amiss, because, Mike MacDonald, Christy Clark`s campaign chair tweeted a link to a story that states the following..
________

"Low natural gas prices mean the industry is struggling to survive and by signaling that it intends to add more costs, the NDP is adding a burden the industry can`t afford, said Peter Tertzakian, a chief energy economist at ARC Financial Corp"

Something doesn`t make sense here, an industry Christy Clark talks about delivering to the BC Government $hundreds of Billions alone, not counting industry profits can`t absorb a few pennies?

And more, a good eye I have, they flashed a headline, a headline I totally thrashed in a comment thread, the headline reads...

But therein lies the problem, Japan is offering this money for Japanese Companies that ARE INVOLVED in BC`s LNG, meaning this..
Japan isn`t stupid, they aren`t going to fund THEIR OWN Japan based companies working in BC and still pay the big price differential, the devil is in the details..
Japan wants a partnership, in other words, Japan wants cheap LNG, they aren`t giving $10 billion dollars in loans to then get raked over the coals, they could buy LNG from any country if that was the case, countries like Australia, Qatar, Russia, East Africa..etc etc etc..
Read this..
_________

"The Japanese government said it was ready to provide $10 billion in loan guarantees for its companies working in the Canadian natural gas sector. Canadian officials are eager to develop west coast terminals to facilitate overseas LNG deliveries.
Keisuke Tsujimoto, who manages the Vancouver office for state-owned Japan Oil, Gas and Metals National Corp., told The Vancouver Sun that Canada was a natural partner for Japan.
"We appreciate the stable supply, that Canada is very near Asian markets including Japan, Korea and China, and the stable political situation," he said. "Canada is a very open market."

Let me highlight the important part.


"The Japanese government said it was ready to provide $10 billion in loan guarantees for ITS COMPANIES WORKING IN THE CANADIAN natural gas sector."
Do you now get it, Japan is loaning to their own, not us, or competitors, TO THEIR OWN
Kiss that price differential goodbye!

In fact, I know you all want more Christy Clark movies, how about this 13 minute deflection on City TV`s Breakfast television show..

I think you will really be impressed, because Christy is asked right at the end of this interview by the host, the host asked Christy Clark to tell of something she really really likes a lot...Christy Clark answered ...

I love Haggis, with a mug of scotch malt

That definitely explains a lot...Our unmarried unelected mandateless premier sitting down to haggis with a pint of Scotch Malt....

Maybe she is celibate, those haggis do come in many rather odd shapes... 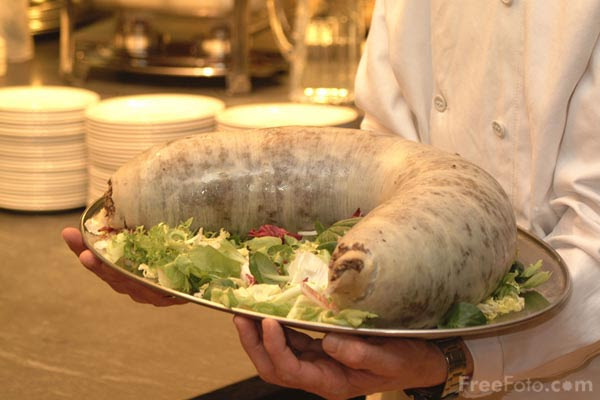 I have a feeling the Christy Clark party is coming to a rather abrupt ending..

They may be coming to an abrupt ending, Grant, but right now they are still in the seat of power with all the money and media guns that implies. Last I have seen from Christie is that she plans to make this a very dirty campaign indeed, so we need you old chap, to keep the pressure on and keep the articles rolling til after the election. It's never a cake walk until the election is won.
Thanks,
Ron.

It would be nice if the NDP won this election. If they don't we will be left with the same old stinking pile of dead fish we have been saddled with for the last 12 years. Rotten dead zombie fish with shining bright vampire teeth. They will do ANYTHING to win this election so we aren't out of the woods yet.

with a pint of Scotch Malt.
LOL to funny a PINT OF SCOTCH
I wonder where they serve scotch by the pint full

Where are the mainstream media on this?

Here's hoping the Auditor General releases all reports before he returns home.

Japan will "loan" the money to their own corporations. They will eventually start negotiations with other countries. When they have enough different countries to buy from, they will start insisting the various countries lower their prices, playing one country off against each other. About 40 yrs ago they did it with coal. Same game, just another commodity. I don't plan Japan for trying but Canadian politicians need to know what the game is. They did it once, they'll try twice.