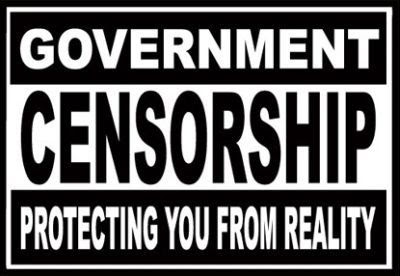 (Updated April 10th....Only after many complaints, cknw brass restored this segment, I received a call today and apology)


As you know I have as of late blasted cknw for engaging in yellow journalism..


"Dominion Bond rating service is reporting BC`s credit rating could suffer if the NDP are elected in May`s election and make a lot of changes" snip.

In the report written by Dominion Bond Rating Service nowhere was the word "suffer" used, it was deliberate inflammatory statement employed by a partisan(by order of their corporate masters) newsroom..

I wrote a post, I called cknw and their later newscasts, future newscasts on cknw dropped the word "suffer"...

A day later cknw was at it again, they fabricated a story about Moe Sihota, they reported it completely wrong, again, I called them up and complained, I also wrote a post about the true story on Moe Sihota...

cknw should be ashamed of their silly games they are employing, it won`t change the upcoming election results...The shocking Moe Sihota story is here..


CKNW's Question of the Day

In terms of fiscal responsibility, which party would you trust the most?

Interesting eh, BC Liberals are 25% percentage points back of the NDP and are about to be reduced to a dozen seats...and cknw and BC Liberal`s public affairs think they can fake out the people..Oh you silly corporate pigs..

Bill had on a guest who is in the LNG game, Bill Good asked his guest if "they were worried about the NDP winning the election", his radio guest stated this...I`m paraphrasing(for a reason)...

Guest--No, not at all, whoever is in Government won`t deter the industry, whatever projects go forward, any investments made will happen under either Government.....

Bill Good....What is you best estimate of how many LNG plants will be built in BC...

Guest..Well, Bill, there is a real possibility of 3 LNG plants to be built by 2020..A small one for about $2 billion dollars and possibly two larger ones...

I`ll tell why it is interesting, the last desperate argument Christy Clark and Rich Coleman are using to scare the public is...

(The NDP will scare away investment and LNG projects won`t happen under that party, the NDP are against jobs, against investment....)

And more, Christy Clark and Rich Coleman have been blathering about 6 7 8 even as many as 10 LNG plants in British Columbia by 2020...Bill Good`s guest totally debunked that estimate, and his guest rebuked the last argument Christy Clark and the BC Liberals are clinging to..

Now here is the real gist of this story....I normally don`t paraphrase, I like to use exact quotes, and I had planned on doing so,...

Gee I thought, how timely, the one argument the BC Liberals are clinging to was totally debunked by Bill Good`s learned guest, this spokesperson ripped Christy Clark`s estimate of how many LNG plants are to be built, and more importantly this learned guest rejected completely a collapse of the LNG industry if the NDP wins the election, Bill`s guest said it didn`t matter who won the election..

I called cknw, I made the complaint, the receptionist patched me through to a person who is in charge of the cknw audio vault, all I got was an answering machine, I left a message as to why I was calling, I asked, in my message if the cknw audio vault for that hour isn`t available could I get a written transcript, that was 2 hours ago, no one has called me back..

If and when the cknw audio vault is restored I will remove this post...My gut tells me this post will be permanent..

From the flatlands of Ontario, I wonder how this all plays out. I'm even thinking of adapting it into my completed 1st novel and completely revising much of the key crisis and who the bad guys/girls are.. ie if truth is stranger than fiction, go with it !

This is all about China & Stephen Harper & foreign owned energy interests correct ?

And though I know this may seem simplistic, BC and the rest of Canada should allow, nay embrace the wisdom of this.. the cascade of environmental destruction, the resource giveaway, economic hollowing out, the political gangrene and the insipid holier and smarter than all of us, preening, lying, incompetent spew .. ?

Add the Site C proposed dam, at a cost of $8 billion to publicly owned BC Hydro.

Needed to supply backup for the many new private power plants feeding un-needed power to BC Hydro.

And needed for oil and gas (fracking) development in NE BC.

Employees at CKNW can easily hide a radio segment by simply removing the link when they are ordered to do so by a BC Liberal government that continues to help pay their salaries for playing their stupid government infomercials using our hard-earned tax dollars.

Removing the actual MP3 audio file that the link addresses however is way above their pay grade.
_____

Right-click on this link to save a copy, or just click and listen.

Start in at 12 min 33 sec of this MP3 file for the 8:45 a.m to 9:00 am Bill Good segment with his guest Keith Schaefer, a Vancouver-based energy stock analyst talking about the influx of oil and gas companies setting up shop in Vancouver.

Schaefer: 'I honestly don't see who gets into power being that big a deal …'

BTW, I'm glad I managed to be his second caller on the 8:35 –8:45 spot when he was whining about accusations of being too biased. (NOTE: BS the person cherry picking the calls)

I asked him what he thought about the YouTube video of Christy Clark dumping all over CKNW at the Annual BC Liberal 2012 Summer BBQ last summer in her speech in front of over a thousand guests. (09:13)

Good: "She was reacting the way she often does, a little bit too much off the cuff without thinking about the longer term implications"

Bill Good just declared in this audio that Christy Clark often reacts too much off the cuff without thinking about the longer term implications?

And yet she's supposed to be a leader who swore an oath to Her Majesty Queen Elizabeth the Second and who controls the purse strings of this province right now?

Thanks for that link Paul...If this was an isolated event I wouldn`t have posted, but time and time again I catch cknw news and radio voices lying..

Bill Good asked those questions today of his guest, he didn`t like the answers, Bill Good by asking..

"Are you worried about a ndp Government?"


One only lobs a softball like that when you`re expecting someone to hit it out of the park..

Same with the HOW MANY LNG plants..

Vaughn Palmer on the cutting ledge was implying that NDPers will fight each other to death to stop lng industry..Vaughn Palmer then talked about the NDP running deficits for years and years..

It all lines up with cknw`s question of the day..

cknw`s question of the day..Vaughn Palmer and Bill Good`s not so coy ploy on the cutting edge of the ledge today, followed by Vaughn`s cheap, poorly written article tonight..

Add in cknw twisting and contorting the Dominion bond rating agency story last week, followed by a fake story about Moe Sihota, a news story bent out of shape.

There is a pattern here.