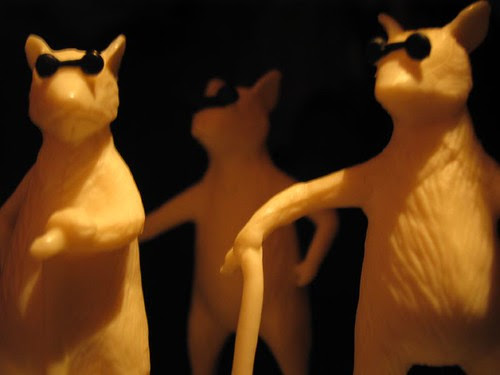 Well my friends, lets do a final wrap on this medical tourism scam.

First I would like to acknowledge Andrew Macleod at the Tyee for reporting on this.

Back in mid October I heard rumours about Falcon offering surgeries to Saskatchewan, lets go through the time line, I reported on October 29/ that Falcon claimed Saskatchewan would be paying a premium for operations done in BC, that has been proven to be a lie, Don McMorris(minister of health in Sask) has denied that they will pay premiums.

Now in my October 29 story ( http://powellriverpersuader.blogspot.com/2009/10/bcthe-greatest-place-on-earth.html) I warned about going down this slippery slope, I warned that next thing you know Campbell will be selling our surgeries to Americans, well, lets examine this a little closer.... Many thanks to the media, not the media in BC, but to the media in Saskatchewan,because as you know when the media in Sask heard about Sask buying surgeries for a premium in BC they were all over it and they actually asked questions!

So what did the media in Saskatchewan find out, they found out that Falcon LIED about the premiums, which spawned another post by me on this subject(http://powellriverpersuader.blogspot.com/2009/11/dead-falcon-kevin-falcon-is-mentally.html

So lets examine this a little closer,since it`s been proven that Saskatchewan WON`T be paying a premium it means but one thing,Campbell and Falcon were trying to sell our surgeries twice,they were going to expand our back log and wait lists and attempt to raise money(at our expense) --It`s the only conclusion one can come to, because if we only covered our costs what would be the gain? There wouldn`t be any gain at all, unless BCers surgeries (that we paid for) are cancelled!

So while watching the legislature yesterday I found out,well,actually the good media in Saskatchewan found out by DIGGING,and ASKING....That not only did Falcon talk to the minister of health in Sask about using our taxpayer paid capacity but ......Falcon told the health minister that BC has grandiose plans to become a surgical clearing house for Americans,that`s right,Falcon and Campbell are scheming to sell our surgeries to Americans.......Which spawned two more posts from me ( http://powellriverpersuader.blogspot.com/2009/11/meet-devilhis-name-be-kevin-falcon.html)

Meanwhile our BC media are stumbling around with their canes doing nothing, the three blind mice,I`m being kind, now as you know,I wrote about the Canada health Act and how this move is illegal in the post directly below this post, I would like to examine this a little further.

The reason the Canada health act was created was to protect our public health care, because as you know, as we BCers know all too well, governments can lose their way, so without laws/rules and guidelines the Canada health act would be dismantled every time a government gets into a fiscal jam, what would stop Ontario from selling services to raise money, 800 surgeries this year,8000 surgeries next year, and on and on....And how could the BC government make the claim that we have extra capacity?

Lets have a look, first off any capacity,any upgraded facilities that have been created have been paid for by the BC taxpayer, if we don`t need this capacity why did we pay for it? Now lets look at the capacity, doctors and nurses aren`t machines,they can only do so many surgeries per year, the space we have doesn`t cost money,once we own a hospital floor the only big expense is for the medical doctors and staff, if these doctors aren`t doing surgeries for BCers just what are they doing? Are they sitting at home watching the young and the restless, or the days of our lives? No....They are working, and if these surgeons and nurses get assigned to do American surgeries what BC procedures will have to be cancelled to accommodate foreign surgeries?

You see folks, if we allow the Gordon Campbell GANG to go down this road you can kiss our public health care good-bye.

My last point, and pay special attention to this one, I`m a reasonable person, and I`m a realist, the province,Campbell and Falcon, they claim that we have all this capacity, well, I say this to you Campbell, if and when you completely eliminate the back log and wait lists for all BCers then you can sell our extra capacity.

You see folks, if we`re so great,so fast,so advanced with these medical procedures,if we throw a little money at the back log and wait lists for BCers we should be able to eliminate those waits in a year or two......And then and only then can we make our extra capacity available to other provinces or countries!

Gordon Campbell (liar and lawbreaker) since he came to power has lied his face off, he tore up the HEU contract,sold BC rail, 6 years leading the nation in child poverty,homelessness has tripled under his watch,he has gutted our justice system, gutted legal aid,closed residential tenancy branches, he has ran the three biggest deficits in BC history, expanded gambling while cutting gaming grants,closed hundreds of schools, destroyed forestry, Hansen and Campbell lied their faces off about the massive BC debt....They lied about the HST and all these cuts to education and sports,crisis lines and on and on.

Well my friends, I don`t trust Gordon Campbell, he`s a proven liar and lawbreaker and must be recalled next year!And I will enjoy watching Campbell being dragged from office, kicking and screaming all the way, first dibs on a leg or an arm,ha ha.

Excellent work! But it's not just good enough to out Campbell and his cronies.

Carole James must also be turfed or the Libs will again win re-election! It's good to see that the Powell River Sunshine Coast NDP constituency association has asked for a leadership convention in 2011!

I know that you are behind that up there in Powell River but you also must help convince other NDP constituency associations to help get rid of Carole!

Otherwise God help us all if the Libs win in 2013.

As for leadership of the NDP...

Read my post/in the august archives.

Or go to august archives for a direct link,it`s at the top of the list.

The NDP leader is going to be....? Read my post to find out.

Sorry anon 2.03....That direct link is in the september archives,at the top of the list.

Grant, if one is not a card-carrying member of the NDP...how do they go about making some changes to the party? I have voted NDP in 11 provincial elections, and worked for them in every one - but I cannot in good faith support Carole as leader. If she is not gone by the time the next election rolls around, I will have no choice but to support another party...and that makes me feel sick. Can she not see and/or hear that people don't want her there - and step down for the good of the party itself? Is there another agenda behind the scenes? It almost seems that she's supporting Campbell by her unwillingness to listen!!

Thanks for the acknowledgement up top. You are right we owe a debt to Saskatchewan, but from my perspective it's the politicians as much as the press. There are things they could say--in fact for their own political reasons they needed to say--that our politicians were unlikely to cop to. But the story did go both ways. There were things coming out of here that Falcon said and media here reported that were bigger news in Saskatchewan.

Why didn`t the media in this province bring up any the issues I raised?
Only John Macolm on cknw reported the story with any vigor, John Macolm has some great sources,hint hint....(Thanks bitter brian from G Bay)

A tip of the hat to you Mr. MaCleod.