A dead falcon, Kevin Falcon is morally dead and has been for years 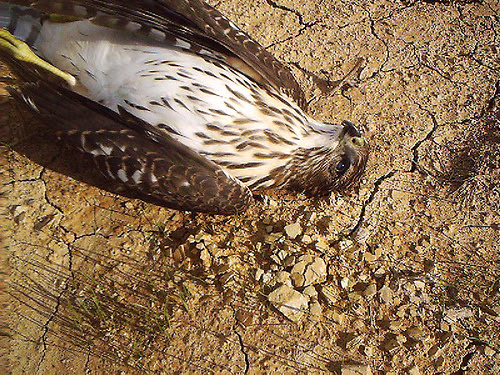 Update to an earlier post, it appears that Kevin Falcon has now joined the Gordon Campbell club again,the proven LIARS CLUB!
As was reported last week, BC has entered into a agreement with Saskatchewan to do 400 to 800 orthopedic surgeries, Kevin (the LIAR) Falcon stated in the legislature,and on CKNW,that BC would be getting a premium fee for doing surgeries for Saskatchewan residents,Falcon the LIAR went onto say that with this premium being paid by the Brad Wall government that BCers would see more surgeries done,Falcon said the premium on 800 surgeries would not only pay for the Saskatchewan surgeries but would result in an additional 800 BC surgeries being done,all financed by Saskatchewan....Well my friends,fresh off the wire....
Brad Wall (premier of Saskatchewan) has denied that his government will pay any premium! SNIP....Brad Wall goes onto say that there was only an agreement for BC to do these surgeries because they had the extra capacity,but there WILL BE NO PREMIUM PAID! SNIP
Brad Wall goes onto say that, "This isn`t about Saskatchewan subsidizing BC health services,this was about reducing our backlog of surgeries" Snip (read what Brad Wall thinks about the premium here,read about Brad Wall denying that Saskatchewan will pay any premium) http://thetyee.ca/Blogs/TheHook/BC-Politics/2009/11/02/PremiumWall
Obviously someone is lying their face off, my bet is on Falcon, so why is Falcon lying? Why would we do Saskatchewan surgeries while 10000 surgeries for BCers have been cancelled?
Yet,as you know, and as I said last week,this is a very slippery slope, BCers who have paid for surgeries,BCers who have paid for hospitals are told to wait and wait, meanwhile our hospitals will be full of out of province surgeries being done.
Can you see it,can you open your mind to what`s happening, Gordon Campbell is using the surgeries you taxpayers have paid for and is selling them to Saskatchewan,this must be illegal,double dipping,and of course Brad Wall was infuriated about hearing it through the grapevine that Falcon is lying about Saskatchewan paying a premium, Falcon has riled up BCers and people from Saskatchewan,because as you know,or what I suspect is...People from Saskatchewan are furious about the optics of paying double fees for surgeries out of province!
(you can read my story from last week to refresh your memory) http://powellriverpersuader.blogspot.com/2009/10/bcthe-greatest-place-on-earthyou-mean.html
So now that we know that Saskatchewan isn`t paying a premium,and no extra BC surgeries will be done, Kevin Falcon MUST RESIGN for lying to the public and for allowing the double dipping by the health authorities,where does it stop, longer and longer wait lists for BCers while the services we have paid for are re-sold out of province or out of country!
This idea was brutal even if Saskatchewan paid a premium,but,now that is has been proven that this is a dirty slimey sell out of health services BCers have paid for, given away to help Campbell`s massive multi billion$ dollar deficits.
This won`t stand, I`m calling for Falcon and Gordon Campbell`s resignation over this one.
The Straight Goods
Cheers-Eyes Wide Open
Posted by Grant G at 9:23 PM

I call for Campbells resignation just for breathing the same air as me.

Well, call for that resignation. The loonie left has been doing that since 2001. So far, no luck. Wait until May 2013 and get out and vote!

Gordon Campbell is a known criminal and of poor character. It is no surprise that Campbell would double dip surgeries from Saskatchewan. Is it a surprise to anyone that, he has the highest number of children living in poverty. Is it a surprise to people that, Campbell has the lowest minimum wage in the entire country. Is it beleivable, Campbell, threw a loonie at striking paramedics, who are paid only $2.00 an hour to be on call day and night. Would it surprise you to hear, a lady I know in hospital had to have her bed in the shower room, and one floor of that hospital had to be shut down, because of Campbells slashing of health care. Does Ottawa not care, that, Campbell is selling our provinces resources to the USA, for him and his cronies own personal gain. Does BC not belong to Canada? I guess not. How about Gordo, giving himself a 53% wage hike when, he isn't worth a plug nickle. What about the disgraceful mess he has made of the Olympics. Would it be beneath Gordos dignity to impose more taxes on top of the HST to pay for the Olympic mess. He used lying and deceit to be re-elected. What does it take to get rid of a low life premier such as, Gordon Campbell?

When I blogged about the mischief making privateer this week, I thought about adding a picture. The one I had showed a killing falcon devouring a smaller and weaker bird. I decided my words were harsh enough

However, I like your picture of an immobile falcon. That is a suitable condition for a predator.

Thanks for that norman Farrell....I would prefer it if Kevin Falcon was lying on the ground,or in it!