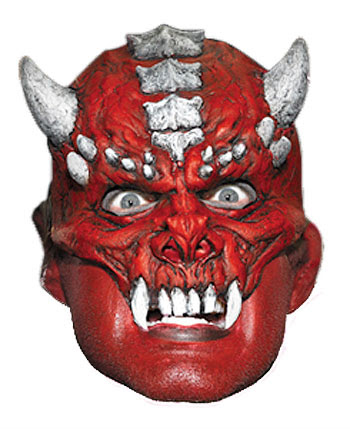 Well my friends,in my earlier post I alluded to Gordon Campbell and Kevin Falcon selling our taxpayer paid for healthcare out of province,and I mentioned that Campbell`s goal was to sell our services to the American populace,BCers can sit and languish on wait lists,10000 BC surgeries have been cancelled and..

As you know Falcon the LIAR got caught lying about Saskatchewan paying premiums for operations done in BC for people from Saskatchewan...Well...That was a BOLD FACED LIE, Kevin Falcon got caught trying to sell our BC operations as what I describe as charging for services twice but providing service once.

Well,breaking news my friends,I will get the written transcript later tonight and post it,Hansard for question period isn`t available yet for this afternoon. Here`s the deal according to Adrian Dix....Adrian Dix has information from the minister of health from Saskatchewan,and according to Saskatchewan`s health minister....Not only Did Kevin Falcon talk about selling surgeries to Saskatchewan but Kevin Falcon talked with the Saskatchewan health minister about selling surgeries to the big lucrative US market!

(Here is the transcript from question period)

To which Falcon responded by talking about the 90s.....And Adrian Dix had a follow up question.

A Dix- What`s outrageous is people waiting in pain in BC,some 10,000 surgeries cancelled according to DR. Nigel Murray,according to Dr. Ostow,according to Murray Ramsden,according to Howard Waldner,Who are they? They`re the CEOs of the health authorities,that`s what they say. Now,maybe one day they`ll brief the minister,that`s what they say,10,000 surgeries cancelled for BCers,why is the minister selling the places of BC? Why is he,contrary to the medicare protection act,contrary to the Canada health act, proposing to sell the places of tens of thousands of people waiting for health care in BC?

Oh, I know it`s hilarious,hon speaker,I know it`s hilarious to him that people are waiting in pain.People are waiting in pain in BC, and he`s proposing to sell out our public health care system,why doesn`t he give up on this loonie idea? (You can read the transcript here,and or Falcon`s non-answers) http://www.leg.bc.ca/hansard/39th1st/H91105y.htm Just past the 1410 marker on the right hand side of the page.

My friends,Campbell and Falcon have been caught,Falcon freaked out when confronted in question period,what those two attempted to do is a crime.(read a short overview of the Canada health act here,from what I read what Falcon and Campbell want to do is illegal,and extra billing done to other jurisdictions or persons will be deducted dollar for dollar from from health transfers from the federal government,my friends,this must be stopped,the USA is attempting to create a public system and Campbell is trying to create a private for profit system) http://www.hc-sc.gc.ca/hcs-sss/medi-assur/cha-lcs/overview-apercu-eng.php

That`s right my friends,Campbell and Falcon have cooked up,or at least wanted to cook up a scam, BCers can sit and wait for surgeries,BCers can have tens of thousands of BC surgeries cancelled and sell the surgeries and the healthcare we paid for AGAIN to Americans for money!

That`s what I warned you about,now it`s been confirmed,.

KEVIN FALCON must resign over this latest revelation!

And thousands of BC'ers are going to the States to get surgery through health brokers. Go figure!

thank you, thank you for your consistant digging...at some point the masses will wake up and be brave enough to accept the facts

that picture is a lot better looking than falcon is,you're to generous!