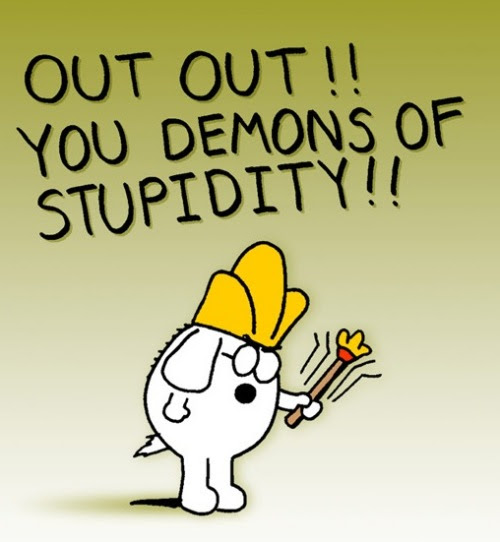 Well my friends,time for a BC Place retractable roof boondoggle update!

Article 1) Broadcast journalists will inform the public in an accurate,comprehensive and manner about events and issues of importance.

Article 7) --(Corrections)--Errors will be quickly acknowledged and publicly corrected.

I listen to cknw everyday, I don`t know why, Christy Clark has been reporting lies on the radio all week, Bill Good has been the master of throwing softball questions at his BC government guests. well.....lets start by exposing the Straight Goods.

Christy Clark today,was defending David Hahn`s 1 million$ salary, that`s okay but when Christy Clark starts lying,well....Christy Clark stated today, "BC Ferries before David Hahn took over neglected repairs and maintenance on the existing fleet because they spent 400 million on the fast ferries" .....Such a lie Christy Clark, ferry workers have to sign off on maintenance,Transport Canada has rules about running vessels that aren`t mechanically sound! Christie Clark made up that part of the story(lie) out of whole cloth......Christie Clark went onto say that BC ferries are soooo much better now than before, Christie Clark also said.

"BC ferries brings in 500$ million dollars per year to the province."

Another lie, this year the BC government gave BC Ferries a 170$ million dollar subsidy,and BC ferries have cancelled two runs between Nanaimo and horsheshoe bay every week night until spring,this in an effort to save 450.000.00$ on fuel.Would the province have to subsidize it`s own crown corporation to the tune of 170$ million dollars if it actually made money,500$ million worth of money, it doesn`t make sense,it`s a lie! Not only did she mention the 500 $ million dollar figure over and over again,she started yelling! And she stated

The display was sickening,because it was nothing but a Christy Clark fibfest!

Well my friends, such lies, of course bitter brian from garden bay called Christy to set the facts straight,the facts about BC Ferries not making enough money in the last fiscal quarter to pay operating costs and interest payments on a 1.4 billion$ capital debt,when Christy Clark rudely kept talking over Bitter Brian---- Obviously Christy Clark had gotten her marching orders!

Well answer this Question Christy Clark...Why would BC Ferries cancel sailings to save 450.000.00$, and why would the province subsidize it`s own corporation to the tune 170$ million if BC Ferries made the 500$ million dollars you claim? You can`t answer that question because you are a LIAR Christie Clark(read about the fiscal shape of BC Ferries here) http://powellriverpersuader.blogspot.com/2009/10/will-someone-please-send-bc-ferries.html

And perhaps Christy Clark,that report might be too difficult for you to understand,maybe a simple read is more to your liking..(here is what the Tyee reported on BC Ferry debt and their financial Sunami) http://thetyee.ca/Blogs/TheHook/Transportation/2009/06/18/FerryDebt/

And what did Andrew Macleod report in that story Christy Clark? Well according to Nelle Maxey(who has studied BC Ferries financial books for years) "In the last fiscal year BC Ferries paid 50.1 million$ in interest payments,almost as much as BC Ferries earned from all of it`s operations for the year (57.7 million$ dollars)"

Where is this 500 $ million in profit BC Ferries made Christy Clark? IT DOESN`T EXIST...I expect a RETRACTION Christy Clark, it`s called ethical broadcasting standards, deliberate deceptions......LIES ...I implore my readers to listen to Christy Clark freaking out,lying, being a BC Liberal pimp on cknw today..(here is the cknw audio vault) http://www.cknw.com/other/audiovault.html

And just for good measure Christy Clark, everything that I said,besides having several confirmed sources,who should one believe, your fibbing little mouth or perhaps Hansard (everyone of my claims are backed up and confirmed by Shirley Bond during estimate debates for the ministry of transportation,along with Gary Coons NDP ferry critic) http://www.leg.bc.ca/hansard/39th1st/H91006p.htm Check out pages between 1029 to 1036 -Here is a little teaser from Hansard ...Gary Coons to Shirley bond (Question to the minister of transportation)

(To which Shirley Bond responded)

"Certainly,we`re concerned about dropping revenues.......etc etc" ( Just a teaser friends,I don`t know what to say, Christy Clark isn`t just wrong on one year,just the last 2 years alone she`s out a staggering ...491 $million and 463 $million for a total of 954 $ million)


So that was today,yesterday on the Bill Good show....The guest was David Podmore,CEO of PAVCO (BC PLACE)....And what a shocking display it was, Podmore was there to defend the retractable roof(cost 600 million plus).....First off,the vaunted business plan Podmore said has "Still not been completed"....Really,no business plan yet you have announced this project....

Well,lets examine that shall we, what is your salary from the BC crown corporation known as Pavco.....Drum roll please.......550.000.00$ per year, my oh my,what a humanitarian you are David Podmore, hmmm, working for nothing, 550.000.00$ thousand per year worth of nothing.....Bill Good,that is shameful,half truths with no divulging of those facts, and Podmore had no answers about everything for the BC Place roof being outsourced to China/Washington state and Quebec......And David Podmore when asked about Kerfoot building a waterfront stadium Podmore answered " Well a waterfront stadium would be very expensive" SNIP......Well who cares how much a waterfront stadium costs,it`s private money, no taxpayer money involved,of course Bill Good let that slide,and one can only wonder how Podmore could possibly know how much Kerfoot`s stadium would cost.....Another really intense interview Bill Good, yea,you got your marching orders eh billy(lapdog) Good.

Which brings me back to the lack of a business plan for BC Place and today`s hot story off the news wire, the province has asked for companies to bid on a temporary stadium with seating for at least 30,000 people,concessions,bathrooms, field and.....The seats must be covered with a roof,and all this of course is temporary,and none of this money has been accounted for,this will be a direct cost, and a year plus worth of events cancelled at BC Place,no events there until after the roof is completed,not on the books yet, the temporary structure,not on the books yet.....

(Let me be perfectly clear,we need a new soccer/football stadium,not a refurbishment of the dinosaur known as BC Place, the waterfront would be great,so would Surrey or Delta,hell,even building a new stadium at the old empire stadium would be good,but when we have a private landowner willing to build a state of the art stadium without one dime of taxpayer money, well, what are we waiting for?)

Kerfoot`s the man.....Unless,unless Kerfoot isn`t in Campbell`s back pocket,that`s why this has happened, check out my post "Thunderbolt and Kerfoot" ( http://powellriverpersuader.blogspot.com/2009/10/thunder-bolt-and-kerfoot.html) Look at what got built in Montreal for under 50$ million,just imagine what an honest builder could erect with say...300$ million....The BC Place roof is a scam, money laundering I suspect.

This government is a joke,and lastly, you see folks, David Podmore states he won`t be paid for overseeing the roof replacement,but, there will be NO EVENTS at BC PLACE until the roof is finished and.....Podmore will still collect his 550.000.00 per year plus bonuses,shame on your half truths David Podmore,shame on you Bill Good and you too Christie Clark.

I think they would be far better off hiring single parents who have been subsisting on minimum wage to do some of these jobs. Pay them $250K per year These are people who know the value of a dollar and how to stretch it. They also know the value of a good job and are far more likely to appreciate it and work hard to keep it.

Lay off David Podmore. He's actually one of our own! He's also a big part in fundraising for Jack Layton and the NDP and will be attending a fundraising reception with other prominent New Democrats later this month.

Sorry anon 5.41 pm....I don`t lay off anyone,I speak to truth,the roof is a bad idea,never been tried,a brand new Kerfoot stadium is the answer,not 700 million$ remake of BC Place,not with a 38 billion dollar BC Debt....

Not counting P3s or energy contracts,I`m sure Podmore is a nice guy, 550.000$ would make me nice too!

Is this the same David Podmore that donated $20,700 to the BC Liberal Party and nothing to the NDP?

I think you would be right Baxman...Thanks for that....And let me be perfectly clear,I`m out for logic,for truth,trust,Campbell is a proven LIAR and LAWBREAKER....And when the NDP take power after recall...

I will be just as hard on them! No free lunch at the Straight Goods

Don`t threaten me with libel, there is nothing left to take from me,the province has already taken away much......FROM ME Illegally.

I have my facts,I know what Christie Clark said ON RADIO....I have had correspondence who heard what Christie said,Christie lied on air,if it was a mistake,she can still retract,if she was given false information by say......BC government, she can step down from that.
But don`t think a libel threat will scare me off,my facts are in order...I today talked to the head of Corus radio in Ontario,and I now have the number for the cknw station manager in BC....I have left him a message.

"The truth will set you free"

So anon...PAB from Victoria or Christie Clark or CKNW fellow staff member...or perhaps a BC ferry manager.......BRING IT ON!

Maybe you should look into why a waterfront stadium is "too expensive" according to Mr. Podmore...his company, Concert Properties, has developed most of the land in and around there...

Hmm...wonder if all the available land could be DEVELOPED by someone other than Mr. Kerfoot...

In some ways, Gordon Campbell has never stopped being the Mayor of Vancouver...

Good luck with Christy (spell her name correctly, please). She and Bill are pathetic.

Podmore is also on the board of directors of the Canadian Council for Private Public Partnership ......the good ole P3's!

Go get 'em tiger. You may even be able to knock Christy off 'NW and turn it into the "Brian From Garden Bay Show"!

At least Brian has the Straight Goods and tells the truth.

And apparently,Bitter brian has quite a following.....

Ah,but I digress...I will persue this until I get,until the province gets a full publicly aired retraction...Maybe Christy is hoping hubby Mark will make Grant G go away and make things alllll better...

I will keep everyone informed as to when and where the public retraction will take place.

I urge everyone who heard what Christy Clark said on november 10/ 12.35 pm to 1.00 pm..To file a complaint with CBSC..you can do it on line...Click the first link in the story.As for the complaint,just write...

wow you sure opened my eyes on the flim flam masters we have as a government. Used car salesmen at best!
Hope more people read this blog..
Mike From Poco

I'm curious, what is your source for David Podmore's $550K/year Pavco salary? Their financial statements indicate that he is not paid for his services at all.