Did We Think … We Canadians? 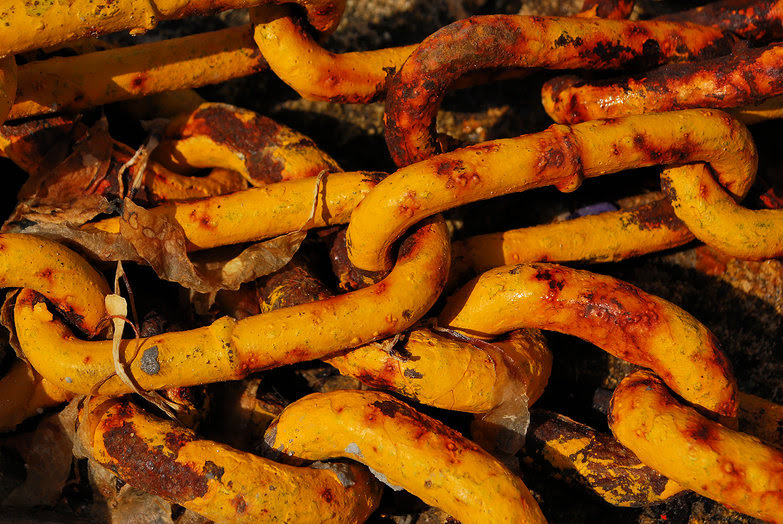 Did We Think … We Canadians?


Did we think, Canadians, we’d be permitted Canada without fighting for it day by day, hour by hour – as if we were unlike people all over the rest of the world?  Did we think we could live in, possess, own, develop, and share the country fairly for the good of all – without fighting against the greedy, the brutal, the corrupt day by day, hour by hour?

That was, for a very long time, the rhetoric we heard and spoke and believed here in Canada.  And now the rhetoric is being torn from us by forces more crude and destructive and devious and psychopathic and brutal than any of us could have imagined even a decade ago.  Call the forces ‘Harperism’, neo-liberalism, U.S. Imperialism, ‘Chinese expansionism’, ‘the One Per Cent’, corporate fascism – they are all correct in their ways.

They are, in short, forces that are willing to brutalize populations, to desecrate economic stability world-wide, and to (literally) destroy the environment (and the planet) in their blind and all-consuming greed. (Think, merely, of Stephen Harper and his clown clones on the subject of climate change!)

What has changed in our time is that local oppression of the population in “advanced” countries is now globally rearranged by “outsourcing” to ‘slave economies’, by air power (and electronic surveillance) used to police populations, by ‘tax haven’ locations to hide wealth in trillions of dollars, by the destruction of unions in the “advanced” countries, by the normalization of “precarious” employment, and by the wholesale purchase of political systems – like the ownership of the increasingly lawless Stephen Harper group by ‘the one per cent’.

The “outsourced” disaster that killed more than 1100 workers in Dahka, Bangladesh, thousands of miles away, under the new imperial system, is the new normal. At the height of the last, the British empire, savaging of working people was more local … and the ‘normal’.

In the 50th year of Queen Victoria’s reign (1887) the famous “Bloody Sunday” happened in and around Trafalgar Square in London.  British workers were so brutalized by violent capitalism– to the point of widespread starvation – that a movement to change had begun. Dahka, Bangladesh was then in Leeds and Manchester and Hull and Bradford – in fact, all over England.

What is compelling about “Bloody Sunday” is its similarity to famous demonstrations in the last fifteen years, its almost rubber-stamp similarity.  Nothing has changed in 125 years! Think of the G20 (so-called) ‘riots’ in Toronto in 2010.  The ‘organized’ opposition groups (critics of capitalism) included unions, anti-poverty people, Council of Canadians, Native Rights supporters, environmental activists, Oxfam, etc.  They were met by more than 20,000 police/security personnel.  At least one officer said orders came from Ottawa. Police violence was obvious. Fake “Anarchist” provocateurs were almost certainly employed. Arrests of the innocent were wholesale.

At “Bloody Sunday” (125 years before) a surprising number of police showed up, too.  E. P. Thompson [William Morris, 1955, 1977, pp. 485-502] reports “the police were deliberately provoking [protesters] into an insurrectionary temper”.  William Morris saw the mounted police with “batons” (clubs). Other witnesses recorded lavish police brutality. Morris recorded “the complicity of almost the entire capitalist Press”.  And he saw “the treachery of the professed advocates of freedom in Parliament and public life”.

Witnesses wrote of charges laid against demonstrators backed by perjured evidence.  Fake Anarchists were said to be in the crowd, and before the gathering George Bernard Shaw wrote jokingly of “those fervid orators who preserve friendly relations with the  police” and suggest London be set on fire … and worse.

But the character of “Bloody Sunday” was no joke. Shaw fled, saying a friend “found me paralysed with terror….”

That was more than 125 years ago. Dahka, Bangladesh was local. Nothing has changed in the class forces arrayed against each other – or in the tactics used to continue the system of looting and oppression of ordinary people. What has changed is the character and size of the landscape. (The North American corporations raping Bangladesh are considering changes … until the story blows over. Then they will proceed as before … supported by their unlegislating governments who are in bed with the oppression and inhumanity).

125 years ago senior politicians didn’t take responsibility for the organized police attacks on demonstrators seeking justice in Trafalgar Square. In Toronto in 2010, police were alleged to have made the choices they received as orders from above.

Characteristically, Stephen Harper has stayed as far from the discussion of the Bangladesh deaths as possible since he supports the system of ‘outsourcing oppression’ on behalf of the one per cent. He is owned by the one per cent. His role is to keep power in order to keep serving the one per cent.  All else is secondary to winning the class war.

By the same token, his hand in the G20 violence was carefully disguised (while his present Minister of Foreign Affairs and his present Treasury Board head were draining $50 million from public moneys for pork-barreling – for which, it seems, he promoted them both.)  Lying, deceit, cover-up, election fraud, fake contracting, union harassment, active repression of democratic freedoms form the basis of Harperite policy: in order to serve the one per cent.

Stephen Harper’s hand in the 2006 election fraud – we may allege - was disguised, as it was in the 2011 Robocall election fraud. As it is in the $90,000.00 payment made by his chief of staff Nigel Wright to senator Mike Duffy (who was deep, deep in election work for the Harperites – collecting expenses, some suggest, more than once from sources illegitimately billed).

The question has to be “was Nigel Wright directed by Stephen Harper to pay Mike Duffy a ‘free gift’ of $90,000.00 so that the public could be prevented from seeing the depth of corruption involved in Conservative Party electioneering and party pay-offs?” How much is Harper’s hand present in the PMO’s refusal to make public the records it has of Duffy’s paid activities? And was Duffy  instructed by Harper to keep the records secret? He said so, didn’t he?

We know that poor Stephen Harper was ‘confused’ when he named costs for the F35 fighter plane that were proved to be ridiculously false. Every time an independent auditor reviewed F35 costs, the Harperites were proved to have given seriously incorrect figures. (To have lied?)

Harper learned from that fiasco to pass the buck as often as possible. But, then, desperate to get Peter Penashue elected in Labrador after his exposure for hugely violating spending limits in the 2011 Robocalls Election, Stephen Harper called violator Penashue “the best member of Parliament Labrador has ever had”. Consistent with his deceitful ways – Harper said he would let the people of Labrador make their own choice … as he sent in his ‘unmanned drone” Peter MacKay to tell Labradorians that if they would re-elect Peter Penashue he would be guaranteed a cabinet seat. The bribery didn’t work. Penashue lost.

That takes us to the incredible Arctic Patrol Ships fiasco right now in white heat.  Briefly (comparing it to the F35 fiasco), experts can’t believe the cost of design alone.  What should cost, one says, $10 to $15 million is set to cost $288 million. God only knows what the cost of actual construction might be. Other countries have bought or built similar vessels for around $100 million completed!

Strangely, after the CBC/Terry Milewski coverage of the contract, Irving Shipbuilding took a full-page ad in select newspapers to counter it. The countering, I believe, is not credible, but big-push public relations.  What is going on?  I suggest it is  corporation/government interpenetration.  Or put another way, neo-liberal government paying off a neo-liberal corporation – to buy solidarity and get favours come 2015 and the next election.

The apparently inexplicable, incredible contracting is perfectly clear, I believe. The purpose of the one per cent, of the neo-liberal ideology, of the Harperite world view, of corporate fascism is to transfer the wealth belonging to the population to the dominant class and to further the interpenetration of corporations and government. As that proceeds, the population is increasingly impoverished, oppressed, and robbed on behalf of ‘the one per cent’.

When the Canadian people get that message and begin to organize protest in really meaningful ways, the ‘security forces’ riding horseback with clubs, on motorcycles with tear gas and rubber bullets, in Anarchist outfits to provoke violence, will be there to stage another “Bloody Sunday”, another G20 “riot”. At that point – if it hasn’t happened before that point – Canadians are going to have to know if they don’t fight for the country and go on fighting for it until they defeat the Harperites completely, once and for all, their democracy will be finished. Canada will become another slave economy, and Canadians will be the slaves.  We didn’t think … we Canadians … that it would come to this.  But it has.

I certainly know how you feel but....

We don't give up because what is good in this life is, in part, a gift from those who didn't give up before us.

As Robin states (paraphrasing) : Did we not expect that one day we would have to fight for Canada?

Good interview on our fiscal dilemma and an offered solution

Good interview on our fiscal dilemma and an offered solution

Near as I can see, the major problem is that Canadians DON'T think for the most part. They would be told WHAT to think and what to do, than be taught how to think and know what to do on their own. An intellectually lazy bunch of sots is what we've become, a disgrace to those who gave their lives that we might live a better one than they had.

We deserve to lose it all - unless things change dramatically within 2 generations - we will.

Krank!...why shouldn't you give up? More to the point...why would you want to give up and let those bastards win without all the fight you've got in you?! Our giving up is what they're hoping for...and I'll fight until my breath is gone. I hope you will too.