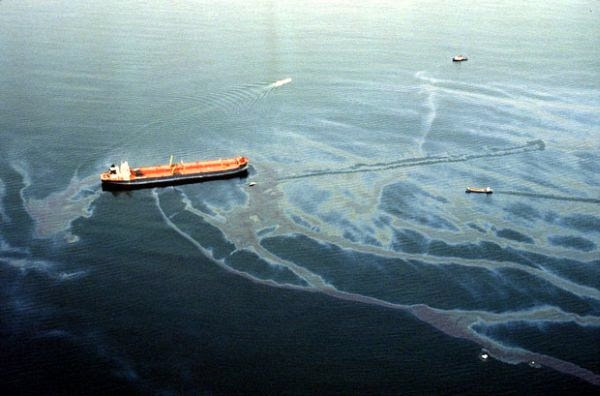 Interesting headline, I was under the assumption that we in British Columbia had a say in our future, a say in our environment ...

Maybe I was mistaken, maybe that`s pie in the sky dreaming, poll after poll has BCers rejecting oil tankers on our Northern coast by 80%...A high number for sure, we have a vibrant coastline, wild salmon and tourism, fisheries and shellfish employ hundreds of thousands of workers and countless livlihoods.

If a giant oil tanker wrecked near Haida Gwaii or in the Hecate Strait it would be an environmental disaster, there would be no cleaning it up, it would be gone for generations, we would lose countless salmon runs, we would probably lose our Orca for all time....We can`t risk what we don`t own and what we can`t replace...Atlantic Canada lost their fishery decades ago due to bad fishing practices, bottom dragging destroyed natural cones, dragging heavy beams along the bottom caught everything but what it also did was destroy the nursery for baby fish, it turned a pristine bottom to a muddy broken eco system and the cod fishery collapsed, and the saddest part of the Atlantic Coast cod collapse was...DFO scientists told their bosses the cod was going to vanish, they plead their case to no avail, politics, Federal politicians garnering votes in Atlantic Canada buried the data and let it happen....It was no accident, the science was ignored....The Tar Sand lobby doesn`t care about fish, just profits!

So when Christy Clark makes this statement I have to wonder who she represents.....

OTTAWA - B.C. Premier Christy Clark praised Tuesday the importance of the oilsands industry to Canada’s economy but refused to budge from her fence-sitting position on the controversial proposed Northern Gateway pipeline from Alberta to Kitimat, B.C.

You no longer represent the wishes of British Columbia Christy Clark. in fact you never did, your party never cared about anything but gifting public dollars to corporate interests.

We don`t care about your 5 conditions for approval, diluted bitumen can`t be cleaned up, pipelines will leak and break, Enbridge admits that fact, ...You have a price Christy Clark, we the people led by Adrian Dix have no price, the answer is no..

I am not being unreasonable, the Kinder Morgan pipeline goes to the refinery in Burnaby, that right-away and pipeline can continue in its present form...Our Northern coast is not for sale Christy Clark, at any price, and with poll after poll registering 80% opposition to oil tankers on our Northern coast Christy Clark has betrayed British Columbia.


That`s why Adrian Dix is asking..

What is your position on tankers and pipeline Christy Clark?

Yes, Atlantic Canada lost their cod fishery decades ago, and that was before fisheries scientists working for the federal government were effectively muzzled, i.e. not allowed to report their findings and not allowed to continue studies which didn't fall in line with the government's policies.
What kind of democracy is that? It is the fear kind.

Alexandra Morton is fountain of information on how west coast net farms (mostly from Norway) are leaking germs, death and destruction on the natural BC fishery. And how our government makes every effort to muzzle the truth.

I'm certainly hoping the answer is no to the pipelines which will benefit BC not at all and put us on a certain collision course with economic failure when the inevitable tanker disaster occurs. Why can't the people of BC see that with a major spill on our coast, north or south, goes our chance at prosperity. Tourism, fishing, real estate, wherever the oil hits will be destroyed. Big companies, historically have never cared what the local population thought as long as they could buy and manipulate the vote.
I'm not fixed in my political views but if we vote for any other party but the NDP in this election, we will be looking at freedom and prosperity in the rear view mirror.

....and to top it off Harper is fed up with Quebec. Wonder if he ever stops to wonder who we are fed up with. The egos of these politicians is beyond belief.

Thank you so much for being on top of everything that matters to B.C.
I feel the tide is turning and we in B.C. will be able to smile again. Good for Dix, refreshing!
Just 10 more days to go...

It is utter stupidity, to string a pipeline across BC. Absolute stupidity, bringing those behemoth tankers, into the Douglas channel.

Christy works for Harper, as Campbell did before and, I smell a big fat rat.

Interesting to note that the story has since been removed by the Vancouver Sun - the link no longer works.

I have added three more links to other articles in my post, confirming my assertions in this article..

Vancouver Sun and Province always remove links to stories their friends don`t like.