Christy Clark, The Queen Of Scandals And Lies 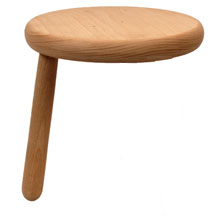 What we do know, Brian Bonney on the public dime sent 1100 emails, on 3 different private emails accounts, he fired them off to the BC Liberal party, to caucus and more, Dyble had no ability to interview any of those email recipients..Brian Bonney and family were busy paid operatives.


Harry Bloy was minister of multiculturalism when this scandal was hatched, he was minister when members of that ministry started implementing the plan, the proof is simple, if the planning document wasn`t acted upon at that time, at the time Harry Bloy was minister the plan and evidence wouldn`t have existed when John Yap became minister...Harry Bloy had to resign as minister for a different email scandal, this was well after the ethnicgate planning document was created, Bloy resigned, John Yap took over, in John Dyble`s report John Yap was aware of the plan, John Yap approved hiring workers and on the Government dime, these operatives were actively working on this sleazy project, lists were created of peoples who attended ethnic events, these lists were passed onto the BC Liberal Party, that confirms this plan was not only in full swing it actually bore products, the fruits of their labour were realized, the BC Liberal caucus no doubt is sitting on and probably using the fruits of the ethnicgate plan, that being lists of ethnic people, ethnic voters..

You can`t undo damage done, a liken it to robbing a bank, an inside job, you get caught, a couple of minor heads roll but your friends keep all the money..

John Dyble had no ability to interview Mike MacDonald, Christy Clark`s top staffer, the man who is leading Christy Clark`s election campaign, a man who was top dog in Christy`s office when this scheme was hatched, he was emailed the document, how Christy Clark could not of known what was going on, it boggles the mind, and that`s the failing of John Dyble`s investigation in a nutshell, a scandal-filled review where people were hired for the project, email in the ministry of multiculturalism were found advising those working on the project to use private emails and write nothing down..That`s proof that the ministry knew what they were doing was wrong, the ministry took extraordinary steps to hide their activities, so indeed the plan was being executed..

In my heart , in my heart I am Filipino...Remember that ethnic event?

There are questions about the timing of family day, different from the rest of Canada, and it did fall on Chinese new year, there is also the fake Bollywood awards, we know the Liberal Government asked the real Bollywood awards show to move their traditional awarding date in June to April, they refused and all of a sudden we are paying $12 million dollars to host a first inaugural award show, it seems to have been created for a quick hit, a quick political win..Exactly what is described in the planning document.

Again, fruits of their labour, a well-advertised Bollywood event where stars from India come to BC just weeks before our election, in that contract there are provisions for photo-ops with the Government, with Christy Clark and MLA`s running in our election, this is exactly what the ethnic planning document talked about, in that document there was a particular point highlighted, from the planning document, and I`ll quote the line..

Can you tell me what qualifies as an ethnic blockbuster event?


I commend John Dyble for sawing and chopping down that one legged stool, however this is a three legged scandal!

We need an RCMP investigation with subpoena powers, even if that investigation isn`t concluded before the election it is required.

And on a more somber note, our BC Government already has at its disposal over 200 hired persons known as public affairs, they churn out press releases they monitor media, internet, newspapers, they phone into radio shows, they freep polls they go on comment threads, partisan media spin doctors, over 200 of them and now this Government, Christy Clark`s Liberals have gone to the line that separates a totalitarian Government from a Democratic one, a Government where entire ministries are employed to subvert people, to woo them, propagandize them, how many, 200, 300 entire ministries dedicated to maintaining power, how close have we come to the edge, up to, on it, or have we already gone over..

UPDATED HERE, Cassidy Olivier has details of an entire new scandal, well worth the read)


Today`s question period will be up shortly, Bill Slime for Hire Bennett goes deep into the gutter

Grant: First, thank you for your well researched articles, only a few days to go and you can take a break; maybe go fishing. If the NDP wins I will definitely celebrate the end of tar pipelines!

Second, a small favour - the libs are really attacking Adrian Dix on the back dated memo. Far as I recall it was a puff of smoke in a windstorm to get rid of Glen Clark. My question is, have you written anything on this and if so could you point me to it so I can use it in posts before the election? Hard to find info on this even on Google.

My latest post...About the best I can do on the subject of Memo-gate..

If the people of BC elect Christy and her new liberals, this province's citizens have no idea who will be running the province. Gord is still involved, just from his high commission post appointed him by Steve.

Something to think about.