BC Liberals, Government Of Caught And two Apologies 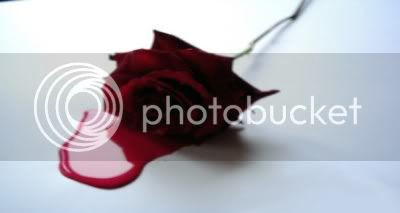 
Today Christy Clark issued an apology on behalf of the BC Liberal Government and promised an investigation into the expenditures of public tax dollars and use of Government employees for partisan party politics, very rarely do political parties or Government apologize, this happens only when they`re caught red-handed, and although the written words from Christy were sincere in tone, and Rich Coleman did speak in humble terms in our legislature on this issue, Rich spoke in question period, a place where this Government always throws back with partisan bluster, but not today....

I have a lot of trouble accepting this apology, because it wan`t an apology, it was an admittance of guilt, apologies are for mistakes, not for deliberate acts done in secret, acts done within inner circles of the premier`s office, acts known to be wrong and illegal, at least on a moral level, private emails were used to communicate details of the hatched plot, that too shows the participants knew their actions were forbidden..

I`m not going to talk about not only the bad optics of this investigation being conducted by members within the same premier`s office where these deliberate transgressions occurred, it can`t be done, we`ve seen watered down paperless take-our-word-for-it- investigations from the non-elected premier`s office before and the results are what you would expect from a group of caught politicos/criminals sentencing themselves for their crimes..This investigation will turn out the same as those that came before....Investigations into BC Hydro, into ICBC, into Translink, into BC Ferries, investigations into David Hahn`s and the Ferry Executives $multi-million dollar double dip pay packages, all these Liberal loooky-at investigations resulted in nothing but a foul odor and a few tepid scolding words directed at those involved..

Caught tabling a deficit budget, their 7th in 12 years even though they wrote a law forbidding such a thing 11 years ago, forgiveness of those transgressions has been granted every time, are we to believe this law has meaning, or any law when it pertains to Government..

Caught cutting funding to the weakest among us again in budget 2013..Rich Coleman, this minister who spoke so humbly today was just caught pressuring Surrey council to approve a massive casino project, a project where the benefactors of the casino not only lobbied Government but donated large sums of money to the party, this play too has seen encores..

Caught conspiring to depose not only a loud proud public voice but our provincial financial auditor general watchdog..

Caught trying to compel the real Bollywood awards organization to move their traditional awarding date to weeks before our provincial election, and when that failed they spent $millions more in public money to create a brand new Bollywood award show, this transgression flows back to the apology today, for details in the leaked planning documents from January of last year(2012)talked of creating ethnic blockbuster events for "quick political wins"..This fake Bollywood award ceremony is scheduled just weeks before our election, this upcoming event is a product of the same planning document for which we received an apology today...An apology can`t undo the produced products that came as a result of the hatched plan..

Just writing this I can`t help but feel a need for a shower, to remove the dirty feeling of violation from my person, we in Canada think that third world corruption doesn`t happen here, the federal Conservative Government with blatant post election betrayals, Canadian scientist`s employment and work threatened, their voices muzzled, data destroyed or buried into the dustbin of denial, financial watchdogs ridiculed then chased away, threats, insults and corrupted legal interference is launched against any and all who fight the overt tyranny which is now Canada, no, we are no better than Uganda or China, it`s only a difference of scale, or is it, for once Democracy is removed, when laws no longer apply to those who control the highest levels of Government, when accountability is a word without meaning and consequences are mere lore we`ll have become a country earlier generations died to protect us from...


Caught using Government employees to create hateful political opponent attack sites, caught hiding $billions in debt in deferral accounts at BC Hydro while still taking dividends where none exist, caught removing the public oversight the BC utilities commission provided while simultaneously enacting fiat law for pet projects, those accountable removed public scrutiny of projects which in turn caused the above mentioned deferral debt...

Premier`s outreach office staff caught campaigning in by-elections, another Alberta based member of the premier`s staff caught with groping hands on staff and still no real consequences, a Government investigation into that affair left no paper trail, not a page, no email, nothing but a statement from Government telling us nothing..

Caught using the death of hundreds of senior patients as a political, "quick hit" and "ethnic vote getting" scheme, death`s that were a result of outsourced hospital cleaning, not only was no apology given to the families of those who perished needlessly they, the Government in question tried to turn this preventable tragedy into a vote getter, another scandal directly related to the written apology given by our unelected premier..

Representatives of Government caught drinking and driving during our Olympic showcase, consequences for those actions removed through legal interference, another representative from Government was earlier caught cheating in our last election, overspending, malicious hand-delivered propaganda during the writ, investigated and charges proven but yet again punishment, accountability and consequences removed from the equation..

Caught paying off $millions in legal fees contrary to well-established enshrined rules, paying off admitted criminal`s legal expenses, a 7 year trial that was stalled, delayed, challenged,  in the name of shutting down a politically charged trial where the same upper level representatives were scheduled to appear, a trial where the first few witnesses who did testify suffered from sudden amnesia around both the engine and caboose period of the BC Rail scandal, witnesses who have photographic, albeit revisionist memories of the entire decade of the 90`s, yet none could remember anything BC Rail..

Caught lying about a huge deficit during our last election, caught conspiring before the same election to bring in a hideous consumer tax, one they promised not to enact, consequences provincially was a stunned economy and fiscal mess, consequences for he who who hatched the plot was resignation, a golden Government pension, the awarding of the Order of British Columbia and a diplomatic post along with $200 k salary, a driver, residence and expense account, consequences for kings and gods are plated with gold...

Caught forcing BC Ferries to borrow $500 million dollars for pre-election budgets, a sneaky deal where guile, lies and corporate trickery indebted and structurally broke the back of BC Ferries..

Caught stripping human rights from teachers, from injured workers, caught tearing up negotiated contracts for the lowest paid sector in our healthcare resulting in 9000 female employees fired, then rehired for a pittance of their previous wage, both of these transgressions our BC Liberal Government directed $millions of public tax dollars be spent fighting legal challenges, both challenges wound end up in front of the supreme court of Canada where Justice`s ruled that our Government did indeed break laws, there was no consequences levied against anyone, many disaffected workers committed suicide, many many more fell into financial distress...

Another concerned writer, a Mr Ian Reid wrote something very profound today, he wrote about a influential newspaper, the Vancouver Sun, he wrote about one of the Vancouver Sun`s writers, editor and editorialist Fazil Mihlar, who is also a member of the Fraser Institute fellowship, Fazil Mihlar wrote a very disturbing public message today, Fazil wrote that Governments should employ public resources to massage voters, in other words to lie, to cheat, to confuse, Fazil Mihlar wrote that Government hoodwinking the electorate is not only acceptable but expected...And to that I add..

To what end, a hundred employees, a thousand employees, entire ministries whose job would be to distort truth, to employ propaganda, for if we go that far, as far as Fazil Mihlar suggests how much further are gulags, prisons for dissenters, a country where vocal people vanish, a land where tattoos are stamped on our foreheads..

Maybe we should have known what was to come, a decade of caught, scandal after scandal investigation after investigation with zero consequences for anyone...


They both ring hollow..

You are preaching truth to the choir on this with me.... but thankfully the choir is growing and soaring as "Christy's Liberals" are now sinking fast - with no hope of the rats surviving their corrupt history. A sad, destructive history you have steadfastly been chronicling for us.

The media in this Province (with some exceptions) are really becoming more than obnoxious. They are trying and apparently succeeding in completely changing the narrative with all these so called closer polls. I fully expect they will have screaming headlines about "too close to call" any day now.

Awesome post, Grant. I can see the desperation in their actions getting more severe as the Election nears. Actions will always speak louder than words from proven prevaricators! The Liberals motto of "do as I say not as I do" is the ugliest bullying I have ever seen. What shame this group of shallow people have brought to our beautiful Province. These people should be shown NO MERCY - much like what they've done to those they target!

Very informative Grant.
While reading this it occurred to me that it's too bad that quite a number of people actually believe the bullshit that is spewed by the Mainstream Media in this province. If they can't print their own lies they either slant the headlines or try and compare the NDP to something they did that was worse.
I actually read an article the other day that was headlined to inform us of a wrongdoing tha lieberals did and the body of the piece was how bad the paper thought the NDP was in the nineties.