Christy Clark, BC Rail Questions, We Need To Talk To Your Brother Bruce Clark 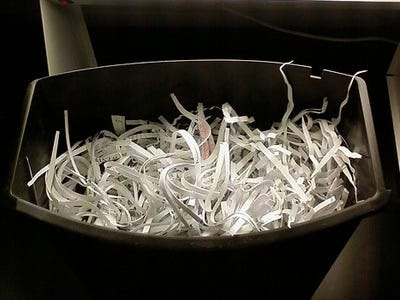 There are many unanswered questions surrounding BC Rail and a public inquiry is definitely required..The Gerrand conflict of interest case that was conducted only looked at a very thin slice of the BC Rail corruption scandal, and despite Gerrand`s ruling, too many questions remain unresolved..

Lobbyist Eric Bornmann was interviewed by Gerrand, Bornmann stated he received leaked information from nobody but Basi and Virk, yet we have no answer as to who leaked information to Dave Basi and Bobby Virk....Bruce Clark(Christy Clark`s brother) was granted immunity from prosecution for telling on the activities of Basi and Virk(Telling of all the bribes they were paid)....Yet that raises another question, one can only assume that either Bruce Clark received cabinet information on the Roberts Bank spur line from Basi n Virk or from someone in cabinet, ..If that is indeed the case, who gave Basi n Virk get the Roberts bank spur line data..Who leaked those documents to Basi n Virk, was it Christy Clark, was it Pat Bell, was it the corrupt Rich Coleman, or perhaps Mike De Jong..For nowhere have I seen evidence that Basi n Virk broke into cabinet offices and stole the data they leaked....That means there is still a leaker out there, a leaker who had unfettered access to cabinet materials.

One can easily take the leap ...Since Bruce Clark had top secret cabinet documents in his possession, and in his home it only makes sense that he received those documents from his sister Christy Clark...However..

Gerrand`s mandate and scope of review didn`t allow him to conduct an entire BC Rail public inquiry..


Let me be perfectly clear, from the day Gordon Muir Campbell was elected in 2001 BC Rail was gone, and was going to David Mclean, CEO of CN Rail..Everything else is just white noise..

The WIDC scandal in Prince George involving the fleeing Pat Bell and Shirley Bond, the fairness commissioner looked at that scandal and declared everything was above board, yet she had no scope to investigate the charges levied by two Prince George businessmen,,So the BC Liberals use that selective sound-bite to declare all is good, that case is presently meandering its way through our courts..

Last night at 6:00 pm the lead story on BC`s chinese news channel, they led their newscast with Christy Clark beaming, smiling and clucking about how she was completely exonerated by conflict commissioner Gerrand, after the segment none of the important needling details like the ones noted above were mentioned, only the exoneration sound-bite..


There was the $6 million dollar legal fee payment, a payment that was illegal and contrary to longstanding Government indemnity policy, the act clearly states that those convicted of crimes receive no such legal fee financial relief, yet two lowly deputy ministers, one who had only been employed for one month granted/authorized this relief, with no apparent authorization from the cabinet minister in charge, that Minister being Mike De Jong, yet we know that cabinet had to clear this payment, another section of the indemnity act clearly states that no decisions of forgiveness of monies over $100,000  can be granted without explicit cabinet, and or cabinet minster approval..and there is also talk that Basi n Virk were given an extra  1 $million dollars personally to accept the plea deal, that money allegedly came from the BC Liberal party itself, call it a be silent, keep your mouth shut, I call it, "the gift of non-gab"...

Christy Clark, warts and all was still cluck clucking on cknw radio when the illegal tainted legal plea agreement was reached, yet i was listening to her show when the plea agreement was struck and announced on cknw, and I can tell you, I have never heard Christy Clark sound so giddy, giddy with excitement, or was that giddy with a sigh of relief..?

This is why we need a complete public inquiry, an inquiry where Gordon Campbell is forced to testify under oath, David Mclean, Bruce Clark, Christy Clark, Dave Basi and Bobby Virk, all those and a hundred more must testify under oath..

Patrick Kinsella needs to testify under oath in a BC Rail full public, judicial  inquiry..

Yes indeed, a full BC Rail inquiry is required, Bruce Clark is corrupt, Basi n Virk were corrupt, Gordon Campbell was corrupt, the whole damn BC Liberal party including Christy Clark is corrupt, a bunch of public cheese eating rats scurrying around trying to find a life-raft, and scapegoat..

Christy Clark has not been exonerated.

Gerrand completed his task, limited in scope as it was...We need to get to the bottom of this scandal and that won`t happen without a full judicial/public inquiry, if that means dragging Gordon Campbell from London England and Patrick Kinsella from Arizona so be it..

" we need a complete public inquiry, an inquiry where Gordon Campbell is forced to testify under oath, David Mclean, Bruce Clark, Christy Clark, Dave Basi and Bobby Virk, all those and a hundred more must testify under oath..
"

Do you really think that would make a difference? At best they would pull Martyn Brown's routine and forget almost everything except their name and since they are scum, an oath would have no impact on their ability to lie. Lying is more natural than telling the truth to these scum and taking an oath is meaningless.

Well Mr. Kootcoot..I`m amenable to waterboarding and or bamboo shoots under their fingernails in this case.

He could be placed in jail until this memory improve. Put there for their for his own protection,of course.

Just home for a short break.

Stoopid is as stoopid does but it's nice to know there will be a change---a change for the better.

As Cluck Cluck takes the victory stage the things on my mind are.
There will be no Inquiry
All our rivers and lakes will be polluted by the libs rubber stamping mines and the gateway
And surprise of surprises the budget is not balanced and the debt is double what they lied to us about.


The only saving grace is at this point she is still as RossK says, the NOT premier.