John Dyble`s Investigation Is Over, That According to Christy Clark, John Les and Bill Bennett 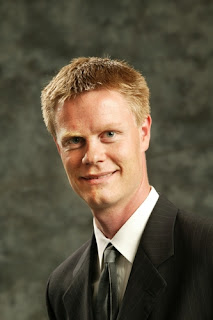 (Updated, 5:40 p.m. Sunday, March 10th)...Christy Clarks speaks with CTV`s Kevin Newman on question period.....Christy Clark after the first question on Ethnicgate tries to slide the conversation away from the scandal..It didn`t work, Kevin Newman persisted, Christy Clark stated she has now been interviewed by John Dyble and his team of deputy ministers, and again, she admitted that she agrees with the planning document on most levels...after a couple more minutes of bafflegab the subject turned to tar oil, Enbridge and David Black...More gobbily goop from the Cluckster...Hey, and guess what, she stated on air that Alberta tar, raw bitumen sinks in water, something we already knew..

And further to the story, Christy Clark stating that Bitumen sinks in water...

That story is here, a little boring but very important, it`s proof this goop can`t be cleaned up in water....Mr. Jones is legal council for the Haisla Nation.

As I mentioned yesterday on cknw radio with Marcella Bernardo..John Les and Bill Bennett have admitted and concluded the Ethnicgate scandal investigation is over..Now today I ran across this video.

In the below link, there`s a short video in which Christy Clark admits to reporters that neither she nor anyone else in her office is involved in the Ethnicgate scandal..And she also states that she HAS NOT BEEN interviewed by John Dyble..

To which Christy Clark responded.."No it won`t "....So, how is it Christy Clarks knows John Dyble`s investigation won`t lead back to her office?...How could Chrisy Clark possibly know this?..She admits that John Dyble hasn`t interviewed her yet..

John Les said and I quote...."The premier really showed some pretty strong leadership early in the week, she took ownership of the whole thing and said the line had been crossed, and as some have suggested people on the public payrole shouldn`t be doing partisan work, that`s being dealt with, has been dealt with"

Well, there it is, the investigation is over, John Les has concluded it`s over.

And on Friday March 8th at 11: 00 am to 11:16 am Michael Smyth had on air Bill Bennett, Bill said the same thing, the issue is overblown and the investigation is over, Bill Bennett was slinging mud at Gabriel Yiu, Michael Smyth called Bill Bennett out on his account, a very interesting segment, both the John Les segment and the racist Bill Bennett segment..

Both of these men will say anything, they will lie, snort, cheat, obfuscate, make up facts, there is no contrition with this BC Liberal party, and this voters is what the BC Liberals are, a group of cardboard wind-up robots who will do what they`re told regardless of who it hurts, they will say anything..Bill Bennett is a disgusting piece of garbage..He offered beer to young voters during the last election and he ran racist election ads, I posted that story here..

This Ethnicgate scandal, the investigation is over, that according to John Les,  Bill Bennett and Christy Clark...

And as I posted last week.....Christy Clark said in the house that she agreed with everything in the document, all the outreach, her only expressed gripe against it was the use of public employees, in other words, Christy Clark created her excuse, she sat in on meetings over outreach and ethnic voters but was unaware of any overt planning document created by her senior staff..

Then listen to the Powell River Persuader on cknw Saturday March 9th at..5:52 pm to 5:55 pm...Where I put the final stamp on the corrupt BC Liberals and highlight another fake investigation...

How could anyone vote for a BC Liberal party made up of habitual liars and thieves...

You Christy Clark are a bold-faced liar......

And as I posted before....Milfgate was no accident..

Thanks to Ross K for the heads up

Leaked emails between the above,  mentioned turning the Burnaby hospital germ outbreak scandal into a "winning election issue" a letter written by Pamela Gardner went even further...

These three Liberal insiders in April 2012 sent letters to Government staff outlining a step by step plan on how to turn the c deccile germ outbreak scandal at Burnaby hospital into a election winning issue, this plan included putting Chinese doctors on public committee and nominating high profile Chinese doctors to run in Burnaby..

And it wasn`t just three party insiders involved, the chain goes up to include both Harry Bloy and Mike De Jong, Harry Bloy was minister of multi-culturalism at that time and he was also caught up in the middle of this..

Exactly what was discussed in the leaked ethnicgate emails and document from last week, the 17 page planning document written 2 months before the Burnaby hospital scandal, the same BC Liberal operative, Brian Bonney was in on the original ethnicgate planning document and the Burnaby hospital scandal, 3 months after that planning document was created, Brian Bonney was executing operation Burnaby hospital, first this partisan group of three Liberals tried to shut out the opposition, both Cathy Corrigan and mayor Derik Corrigan were shut out of the process, then Pamela Gardner and Brian Bonney in email leaks, email leaks on back-channels talked of putting high profile Chinese doctors, Dr. Patrick Yap being one of them, on the consultation committee along with high-powered BC Liberal operatives, emails talked of making it a winning issue, keeping it out of the opposition`s hands, create a community consultation group led by high-profile Chinese doctors, who just happen to be BC Liberals..Use the fact Christy Clark was born there as a vote getter....

This looks a lot like the 17 page plan that was developed in the premier`s office and leaked, the same players, the same ministries, using quick hits...community consultations will produce lists, ethnic lists...Harry Bloy`s ministry, Harry Bloy`s near riding, the same Harry Bloy who had to resign for leaking information...

Brian Bonney, Pamela Gardner, planning to use Asians and Chinese doctors and tragedy as an ethnic vote getter in Burnaby..

Bollywood "create blockbuster events" Awards show, a brand new first inaugural awards show 3 weeks before our election, another product of the planning document, the one that a dozen other people saw, including Pamela Martin...

And as we patiently wait for Mr. Dyble`s thorough investigation, the one that will implicate one more, one more sacrificial lamb and exonerate Christy..

Did you hear what Christy Clark said today in question period...?


She was quite sneaky today, she admitted that the ideas in the ethnigate planning document were good ideas, Christy Clark agrees with reaching out and apologizing to ethnic communities for the sins of our great forefather`s politicos, more than once today Christy Clark reiterated how good it was to reach out to everyone in the province,I`m not talking about generalized talk from Christy, she drew directly back to the document and stated firmly that there was good things within,

Don`t you see it, her excuse was presented today, even though Christy Clark may have attended meetings where ethnic outreach was the issue, she will say she never knew of any internal planning document, Christy Clark merely agreed that outreach was good...

Like I said yesterday and the day before, the investigation is flawed, tainted, an exrcise in futility, I also said Christy Clark couldn`t separate herself from the scandal , and now this, Christy Clark can`t separate from the scandal but she can separate from the physical document, so she ties herself to the ideas within the planning documents and describes them as good things, Christy Clark will ultimately state that she agrees with the ideas within the planning document but never was she aware that this strategy was part of a much larger organized, Government/ Party/Civil Service plot, otherwise known as Ethincgate


Christy Clark thinks she is pretty swift, she does two things on the sly, she over and over again states that Kim Haakstad received no severance pay..This is a personal jab at Adrian Dix..The second thing Christy does is agree with items found in the leaked planning documents...The prelude to.."I was there but unaware excuse"....They just sounded like good ideas, ideas that Government Should be doing as policy, electioneering aside..

The evidence is there, listen to the words uttered by Christy Clark today, listen to the cocky chirping by BC Liberals today..Back to their abrasive norm..

Play that question period video linked above, listen to Christy Clark give her excuse, hear the heckling, feel the Liberal aura of doom....

And see the NDP taking their foot off Christy Clark`s throat..

How Christy (and organized crime) investigate themselves:

Grant G Have you noticed how the liberals have reverted to the Campbell era standard comment used in the BC Rail Giveaway persistently pointed out by the late BC Mary.

"nothing to see here folks, move along"

Christy Clark is but a puppet..A marionette with strings attached.

It was not otherwise expected. denying a problem has worked well for the lieberals. Why do anything else. some media outlets are friendly, the word according to lieberals goes out.

No this time it is doubtful the lieberals will be able to pull it off. They have impacted just too many people.

Nothing you have written has surprised me. It is the way of the lieberals.

You are very pragmatic, and not afraid to let your true emotions flow.

In the National Post today: " Clark said she was interviewed as part of the investigation, but didn’t have much to say because she never saw the document and didn’t know it was being prepared. She has said the plan outlined in the document was never acted on. "

Guy
Their deflections are masterful
The problem is they won't get their heads out of their asses. This type of deceit should never have been thought of in the first place.
But the liberals think they are so much superior than anyone else and they just can't see the problem.

When the liberals say there was nothing there , they were referring to what is between Christys ears. Also when they say move along , they are referring to themselves and that will be in May. addios you mofos.

The citizens of BC, have had two dictatorships to battle. The Campbell/Clark BC Liberals and, Harper and his so called Conservatives.

Anyone with self respect, dignity, honesty and fair play, could ever support those Politicians nor their parties.

Campbell's first election lie, the BCR wasn't for sale. The second lie, the HST wasn't on Campbell and Harper's radar either.

Citizens of BC, have very, very long memories.