How many people has the Campbell government killed with needless infections 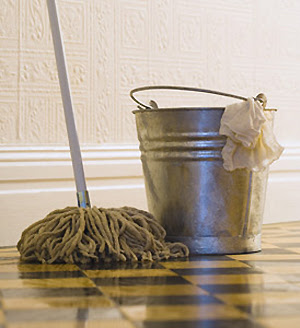 As a result of privatization of cleaning services in our BC hospitals people are dying,since 2003 .....153.000 hours of reduced cleaning hours annually has led to more infections,germs and any savings on the cleaning end are dwarfed by increased medical costs incurred trying to save people`s lives, the elderly and the weak are being slaughtered, I would like you to look into Gordon Campbell`s eyes and ask him why?

Study after study has made a direct link with reduced hours of cleaning,poorly trained low paid staff will result in more germs and infections. Gordon Campbell after lying in the 2001 BC election tore up the HEU contract and fired the lowest paid staff,the largest mass firing of woman in Canadian history, these workers weren`t getting rich, their average wage was 15.00$ per hour, these workers kept our hospitals clean.
In 2003 Gordon Campbell privatized the cleaning services to Aramark.......And it didn`t take long for things to get dirty, so instead of employees earning enough money to live a half decent life the Aramark workers were paid 8.00 to 10.00 per hour, minimum wage, these workers didn`t care,a dead end job, poorly trained and having to deal with human waste,blood,vomit and other pathagens.Request after request was made to Aramark and health authorities through freedom of information for documents and hard numbers on the amount of cleaning that was going on, yet Aramark and the health authorities blocked and denied, finally the freedom of information officer ORDERED the RELEASE of said documents,and why did interested parties want this information,simple,people are dying,viruses,flesh eating disease,norvwalk virus,staph infections were up throughout BC hospitals. Late 2006, 3 and 1/2 years after requesting a uncensored version of the business case and others related documents we got some answers.
The numbers jumped off the page, 153.000 less cleaning hours per year, poorly trained staff,high staff turnover because of low wages,minimal cleaning, and even when there was a infectious outbreak a call had to be be placed with regional offices and then and only then would more intensive cleaning take place,and it was at 57.00$ per hour,money that wasn`t going to poorly trained workers, cleaning hours were reduced by on average 15% and germs and infections were up by 17% on average across the board, there could only be one result of those numbers, people were and still are dying needlessly in BC hospitals and nursing homes!
(Read more here) http://cupe.ca/privwatchfeb08/Privatization_deal_s

Study after study has proven that outsourcing cleaning services of hospitals and nursing homes to private for profit corporations has been nothing but a disaster,Scotland,Britain,Spain,you name any jurisdiction that went this route and you will discover it has been nothing but a failure, it`s a fools game, save a few bucks on cleaning only to have people die,the cost of fighting flesh eating disease and pushing back these outbreaks ends up costing health authorities more money in the long run, and the saddest part,needless deaths,healthy people coming out of a hospital sicker than when they went in!(read about these failed privatizations here) http://cupe.ca/updir/cleaning_and_infection_control.pdf

When I was dying in St Mary`s hospital a couple years back the hospital was very crowded, there was a pneumonia outbreak on the sunshine coast, many seniors were ill, in the crowded hospital they placed me and 5 seniors in a linen closet,that`s right a linen closet, a room about 20 feet by 10 feet, I wasn`t a senior but that`s the room I ended up in, they thought I was going to die so who cares right, anyways, one of the seniors got up one evening to go to the bathroom and didn`t make it, they made a big smelly mess in our room, I buzzed for a nurse,when the nurse came she noticed the mess, she said there are no cleaners in the hospital, it would have to wait until the cleaning service makes it (once a day only) cleaning round tomorrow, I said to the nurse that`s crazy, she went on to tell me that to get an extra cleaning the hospital administration would have to call a regional office and request an additional expensive cleaning, and with budget restrictions this was rarely done...!
Well,WHATEVER.....The nurse left, I.....barely fffing able to breathe got up, went to a bathroom,grabbed soap and several towels and cleaned the mess up myself. By the time I left the hospital (because only the good die young) the staff loved me, I sort of turned into a unpaid patient employee assisting the old darlings in our linen closet.

Which brings me to some more shocking news from the Nanaimo hospital, it turned out there was a very serious infectious outbreak last year, 3 people died,90 others infected, a cleaning blitz was done after the fact,after the deaths to try and knock down the germs, a CDC (center for disease control)investigation was launched, and that investigation was completed last spring, yet the Campbell administration and the health authorities held back the report,that`s right,they held back the report and findings until after the election, the Gordon Campbell administration is playing with people`s lives, people are dying and premier butterfly is worried about any optics that would shine a unfavourable light on the BC government! And exactly what was in that report from the CDC.....
CDC report said the hospital was too over crowded, not enough hand washing facilities, and increases to cleaning and housekeeping practices were imperative, in other words the outbreak was completely preventable!
And what did VIHA have to say about ignoring multiple FOI requests for the report, "we had to temper our response"......We wanted to "provide context" before releasing the report........
What kind of bullshit is that, the CDC releases a report months before the election and VIHA refuses to honour legitimate FOI request, all in the name of protecting the Campbell government and to curry favour....What the hell is going on in this province.(read about the stall from government and VIHA here)
http://www2.canada.com/nanaimodailynews/news/story.html?id=3b6b2fe2-e664-4c3d-84e2-f00f38a59f70
In a subsequent story I read in the Times Colonist yesterday,(read it here)
http://www.timescolonist.com/health/Victoria+cleanliness+found+wanting+audit/2037408/story.html
The Nanaimo hospital is now ranked as one of the cleanest on the island after appropriate cleaning regimen was done,it ranked with a score of 91.61...The only other facility on Vancouver island that had a better score on cleanliness was the hospital in Port Alberni with a score of 92.28, which just happens to have their cleaning done IN HOUSE, by regular staff,is it just me or does anyone else see the significance of that, the best cleaning on the island is done by regular staff,not Aramark.It tells me the outbreak at Nanaimo general hospital was completely preventable in the first place.Who wants to explain to the families of the deceased 3 and 90 others that were infected that things should of been done better in Nanaimo?
What possible reason could there have been to delay and deny the CDC report except for political reasons, the VIHA needed to say but one thing, we are over crowded, we need to be cleaner,more hand washing,more proper housekeeping and we are NOW DOING OUR BEST TO MEET THE HIGHEST STANDARDS REGARDLESS OF THE FINANCIAL COST BECAUSE PATIENT SAFETY IS PARAMOUNT TO VIHA........
That should of been the appropriate response from VIHA about the CDC report, politics aside.
In my opinion The Gordon Campbell administration is by neglect,outsourcing,political interference and withholding public information is killing people.
Lastly, it has come to my attention that the Campbell Government has cut 13 members of the FOI department, the Campbell government already has the worst record in Canada on releasing documents and information through FOI....Now it`s only going to get worse(read about that story here)
http://www.timescolonist.com/business/Critics+fear+staff+cuts+government+will+delays/2039101/story.html
The Straight Goods
Cheers-Eyes Wide Open
Posted by Grant G at 11:35 AM

Ahhhhh...but when one of the "esteemed" ministers refers to these workers as nothing more than "bathroom cleaners"...is there any wonder they're treated with so little respect by their employers? Not that said minister would have a clue about how to clean a bathroom properly, nor would he understand how some of the substances used to clean highly infectious areas can kill you. It's such a simple job - anyone can do it!

Too bad he didn't have to stay in the hospital whilst so many were made sick as a result of his governments policies. THAT...would be poetic justice.