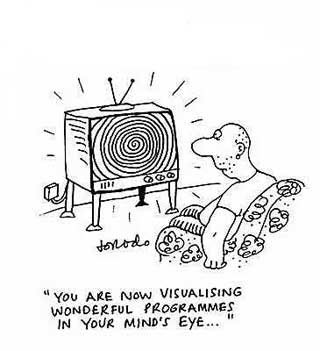 You think I`m being harsh? I think I`m being kind, we the public can only be lied to so often before we explode, what kind of racket is Leonard Asper running, it`s bad enough they have that dork Steve Darling in the morning talking about his golf game, but cmon, Canwest should post a qualifier before every newscast, it should go something like this : We here at Canwest Global can`t honestly say that any of our stories are accurate, almost every story that has do with government or Translink has been provided by the BC Liberals public affairs bureau.

Let me lay out the story, first off I wasn`t going to post a story tonight but after watching the late news I changed my mind, I wish to set the record straight.

Well as you know I was critical of Kirk lapointe and the Vancouver sun over their story two days ago : Golden ears bridge is a goldmine: I totally dissected that story,chewed it up and spit it out,it was garbage, trash reporting....But tonight Global news took that story and inflated it even more, 2.1 million in tolls Translink made in august, FALSE....They made half that amount of money and the short term bit of money Translink is making on that bridge completely vanishes in 4 months and in 9 months they start losing over a million per month. (Read my story here)http://powellriverpersuader.blogspot.com/2009/09/kirk-lapointe-and-vancouver-sun-are.html

Which brings me to the useless puppet Kash Heed, should I cut him some slack, no bloody way, the man is the ex west vancouver chief of police, he is not supposed to be fluff master, he is supposed to be the top cop and what has he talked about since the election, Text messaging ban....and he had two appearances on Global news tonight, his first news spot he was telling people to "slow down and relax, I know people are in a hurry but with all the road construction please slow down and take your time" and his second appearance on Global news tonight he weighed in on how there is not much that can be done to collect the money from fare evasion tickets.

Well let me fill you in Kash Heed, your the top cop, your number one duty is public safety, lets talk crime, lets just talk about crime in the last week alone........

Two people shot in west Vancouver, a body discovered in a suspicious car fire, a shooting in Vancouver, a murdered unidentified body in Maple Ridge today, a murdered person`s body discovered in a park in Merritt today, a deranged killer who walked away from a medical facility two days ago, a woman who was savagely beaten in Whally last week, and for good measure a couple of stabbings.

Where are the task forces,what happened to the election promise of taking back our streets, several cities want the new prison built in their district, including Delta and Vancouver, why hasn`t construction started? Just what the hell have you and Mike De Jong done since the election, thrown your hands up on the Bountiful child abusers, the election is over,you never intended to pursue it at all, Wally Oppal made sure it got tossed out by making a first year law graduate mistake,and what else, cell phone ban in cars eventually, and you clowns are wasting time and money trying to make everyone shut the hell up with a gag law!

What about murder Kash Heed, what are you going to do? where are the resources, not one press conference on violent crimes that are occurring daily, if that`s the best you can do Kash Heed I suggest you ask for a different portfolio, like minister of butt kissing,or minister in charge of connecting the strings to the backs of BC liberal MLAS......

love your blogs, I long ago gave up watching what passes for a news station but I tuned in the last couple of mornings and found it boring, dull, and gosh full of music interviews are they serious?!!.
oh for the old days when John Daley lurked in an alley way trying to get the dirt on a sundeck..our mainstream media are truely pathetic in their journalistic standards. thats going to be the last time I turn on that brain porridge they call the news, your better off with acces hollywood than you are with global t.v