Looking for 1000 volunteers to drag Gordon Campbell out of office 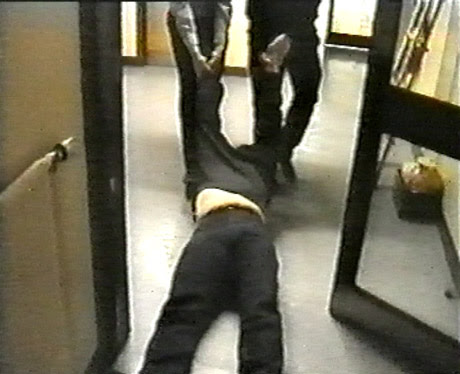 The initiative, the recall campaign,the anti HST rally, they will probably all fail, but don`t fear my friends,revenge is a dish best served cold, the HST will kill the BC Liberal party but I would like to get a little more personal, lets get a 1000 volunteers to personally canvass the Point Grey riding.


Recall can only take place 18 months after the provincial election and by then the HST will have been enacted, but with all the anger out there recalling the premier should be a snap, here is what we must do.


Here are the voting numbers for the Point Grey riding for the 2009 provincial election.

As you can see by those results that Gordon Campbell wasn`t that popular in his own riding, to get this recall going in Point Grey should be child`s play, we don`t even need one BC Liberal voter to pull it off,yet I am sure that a large percentage of voters who voted for the liar(Gordon Campbell) would gladly sign the recall petition.

You see folks we can do this, with a 1000 volunteers working together to gather signatures we could canvass the entire Point Grey riding in days, there were only roughly 23000 votes cast in total for the riding, to sign up everyone would only require each volunteer to collect 23 signatures, and that would be all the voters, to meet the criteria for elections BC.....The 40% mark would only require collecting 9200 signatures......that would work out to 10 signatures per volunteer.

I am going to send this story to Bill teileman and ask him to start another face book page,a face book page dedicated to but one cause, gathering volunteers for the recall and removal of Gordon Campbell, I will be the first to join that facebook page, anyone care to join me?

I may be wrong on this but I believe that the petitions must be signed by 40% of the eligible voters in a given riding as designated by the official voters list. This is the reason that most feel that our recall legislation is nothing more than window dressing.
It would be sweet if the premier could be ousted by this method, but I suspect that he would develop some mysterious illness and retire rather than face being dumped. He may be an arrogant SOB, but I'm sure he would want to leave on his own accord to keep his post political career as lucrative as possible.

You are correct Crankypants but that`s OK.......Even though only 50% or so of eligible voters voted in that district the rest of them were still registered,they had to make an effort to become registered, it matters not if they vote in a recall bi-election it only matters that they sign the petition, even with a hundred volunteers canvassing Point Grey means each Volunteer would only have to sign up a few hundred voters.

And would Campbell really resign? If he thought the recall campaign would fail he wouldn`t, let him roll the dice, I too thought Campbell was going to resign after the olympics but now that he has appealed the gag law I don`t think so.

And even if he did resign out of fear,the knives would come out in the Liberal party and they would implode.

Who would take over? Hansen,he`s finished,Falcon,people hate Falcon,DE Jong,he can`t carry the torch,all the cabinet ministers are tainted by association,Dianne Watts,she has a sure thing going on in Surrey,why chance it,believe it or not,the only chance the BC Liberals have of holding it together rest with Campbell.......

But what is a real possibilty is that Campbell changes the recall legislation in the spring,as for a lucrative retirement he already has a golden parachute pension.

Let Campbell sweat with hundreds of volunteers roaming Point Grey,and if he resigned at the 11th hour his legacy would be over.

There were 40,605 registered voters in Point Grey (http://www.elections.bc.ca/docs/stats/Advance-Voting-Turnout-2009.pdf) so we need 16,242 legitimate signatures (as in no one who's moved here since - like myself - or weren't registered). Assuming some people sign in mistake, we'll need 17,000 signatures.

The other issue is that I don't think recall petitioners, unlike campaign workers have the right to enter condos/apartments (without consent of building manager), so we're immediately disadvantaged to getting into all of the condos in the riding.

Still worth a try though, and we can bring volunteers for campaign blitzes from across the province too.

The biggest drawback is that the Liberals would still hold a majority, even if the recall landed the NDP Point-Grey.

Ian....I am aware that they would still have a majority,but the initiative can be ignored in the legislature,by the time recall legislation can be enacted in late 2010 the HST will be enacted.......

I agree,go for recall in enough ridings to give the NDP control of the government....

But no matter what,we must put the big army in Point Grey,there is no way Campbell should have any kind of legacy except one where his picture is hanging in the hall of shame!

And with a dedicated group of 1000 volunteers or 500 with but one purpose,to remove Gordon Campbell from office......

The latest polls have the BC Liberals with only 30% support province wide,I`m sure that number is only 10% to 20% in Point Grey

Dude, this site smokes. But dude, we should get rid of carole james as well. Man she whines and whines and her voice sounds like fingernails scratching a chalk board. UGh.

Seriously, how can I help? I and a few friends are so sick of GC and removing him in any way, recall or his crawling under a rock in retirement matters not to me.

I am but one active person, single mom who believes in fairness to all. I am not any kind of a political radical, I just wish that people who have lots to complain about here in the L.Mainland would become more active and not just complain for the sake of complaining.

Is there a group that meets - in person,or on
Facebook wherever....I'd rather help lend support and volunteer where there is already some action being put into place rather than reinvent the wheel (saves time obviously).