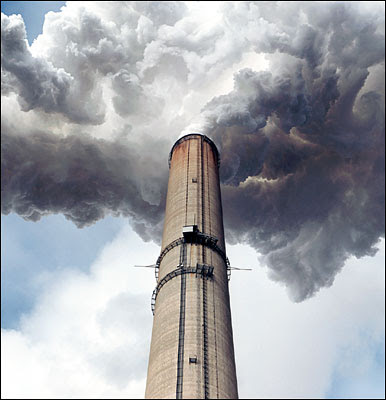 Recycle your waste,feel good,don`t let it go to your head,B.C. does most of it`s polluting overseas.

The first in a series on pollution. (Part I )

Forgive me on this series, I will be using lots of research and other people`s words,but don`t fear, I will be adding my usual subtle commentary.

B.C. coal that burns in overseas plants grossly outweighs the benefits of the province`s green initiatives,critics say. BY K Spencer

"There needs to be a discussion about the full cycle of of coal" says Matt Horne of the Pembina institute.

Pembina`s research shows B.C. coal was responsible for 59 million tonnes of carbon emissions in 2006.All but 2.3 million tonnes in steel-making processes overseas.

The emissions are equivalent of keeping 15 million cars on the road for a year or heating 23 million Canadian homes per year.By comparison,B.C. had 2.7 million registered vehicles in 2007, and about 800.000 single family homes in 2006.

Meanwhile,coal exports are expected to rise as fast as B.C. can "ramp up" new mines and transportation,said B.C. mines minister Kevin Krueger.

B.C. exported 28 million tonnes in 2007; the province has 20 billion tonnes of coal in reserves. "India would like to buy 100 million tonnes annually from us " Krueger said, "prices have gone from 80$ to 300$ a tonne,it`s fantastic.I don`t see a slowdown."

Coal,which is used for coke production,is one of the major sources of pollutants in the steel industry.

NDP energy critic Shane Simpson said B.C. is not reducing it`s overall emissions if coal is included on the balance sheet. "There is no evidence the B.C. government is doing anything to mitigate impacts of coal-based pollution.We should be working on that and were not" Simpson said "Carbon capture and storage for coking coal is in it`s infancy.It doesn`t have a commercial operation.No resources are going into research."

Krueger said there is no way of monitoring how cleanly B.C. coal is used in countries such as India and China. "We don`t have control over how it is burned" said Krueger." Read the story here. http://www.canada.com/theprovince/news/story.html?id=8c1ef0a3-f43d-4e17-af96-12ca49d6f632

With the added demand from India and China our overseas pollution numbers become a scary,daunting scenario,as the author above stated,we ship overseas 28 million tonnes of coal,India wants(if we could supply) another 100 million tonnes annually.

When(not if) we start supplying this amount of coal for export our B.C. carbon footprint becomes the footprint of a giant polluter.

When B.C. "ramps up" coal exports after this recession ends to over a hundred million tonnes annually,the carbon footprint will be equivalent of the emissions of 60 million cars yearly or enough emissions to heat 92 million homes annually!

So what is it going to be Campbell? Are you going to be the dealer of black death,are you going to invest in clean coal technology,I doubt it, so you gullible B.C.ers......Pay your little carbon tax at the pump,your clean air levy on your hydro bill, I hope it makes you feel better, look,I am no tree hugger,but we can`t play it both ways,we can`t punish average folks with punitive pathetic carbon taxes while offering no alternatives and at the same we are directly polluting other nation`s backyards,all of this wasted debate over Burrard thermal, meanwhile Campbell is using phony import /export numbers to justify selling our rivers and killing our fish all because Montana or Alberta is burning Natural gas or coal.....

I have been getting a little heat from the private power pimps from Plutonic over my run of river story, trust me,I know all the facts,the real facts,each and every aspect of Campbell`s phony green plan will be exposed,including the second biggest phony in BC...none other than BC Liberal paid spokesman MARC JACCARD.....Remember that clown, the clown who knows Campbell`s carbon tax is useless, unless increased 30 fold,the same Marc Jaccard who was warning of possible job losses if we dared try to stop GAS FLARING in the oil n gas sector.

I am going to expose Marc Jaccard for the two-faced con man that he is......GAS Flaring in the oil n gas sector is up next in the series.

I remember when Campbell was first elected the Crofton paper mill cancelled a huge polution reduction project as it was no longer required under his corp friendly regime. Lots of much needed work for employees was lost and reduced emissions into the atmosphere never happened. Imagine, that crazy NDP government was going to make them clean up their act!