Who wants to buy a windmill? 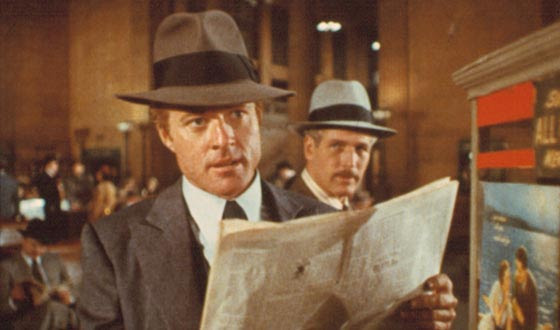 The windmill scam, apparently " acknowledged windpower expert" Peter Christoph is calling me out......His comment(contribution) goes onto to say that I`m all wrong, he quotes the "European Union" as being,all for windpower.....Well well well Peter Christoph, my friend Norman Farrell asked you to leave a link, you did not......Sure Peter, i`m not the European union, I`m Grant G,links a plenty.....Let me give you a few more facts, and perhaps Peter, can get your "Acknowledged expert" friends at the EU to send me some data.

Creating power from wind that just happens to be blowing might seem like a inexpensive source of energy, but you couldn`t be more wrong, as we have seen in Denmark, it`s super high cost needs taxpayer subsidies to develop and survive.
Subsidies in Denmark created a lot of windpower but when the taxpayer hand outs ended,so did the industry. In BC wind power will have to be subsidized.

Creating a welfare dependent industry in the province may benefit the backers of these projects but, the cost to taxpayers is huge, and the outlook for a unsubsidized industry is dire! The Danish government decided to become a leader in wind power production after the first oil crisis in 1973.....It guaranteed long term financing for large wind power projects that used Danish made turbines and forced their local utility companies to buy energy from private wind power producers at a high fixed price,higher than the price of privately generated fossil fuel power.

By 2000, Denmark had more than 6000 windmills working, and 55 % of all windmills in the world had been built in Denmark,after the European union electricity market deregulation in 1999, the guarantees and direct price supports were replaced by a system of tradeable green certificates. By 2004 the industry had come to a virtual standstill, only 5 windmills were installed in 2004 in Denmark,the lowest amount in the last 20 years.

When the windmill subsidies ended,the industry in Denmark went from 8 manufacturers to 3.......Meanwhile,compared with other countries in Europe the Danish people remain as "Above average emitters of carbon dioxide".....When it is not windy, Denmark`s energy is generated almost entirely by COAL-BURNING-PLANTS.....And, Carbon dioxide emissions from coal burning grew by 45% between 2004 and 2006....

The same windmill boondoggle will happen here in BC......The windpower industry gets a 10$ megawatt hour subsidy but BC power users can expect to pay wayyy more.

Denmark`s electricity utilities were also forced to buy high cost power, giving Denmark the highest electricity costs in Europe, at almost 30 cents a kilowatt hour in 2005....In BC we are presently paying about 7 cents a kilowatt hour.....That is what we can look forward too with wind power, some very large companies back wind power, so why do they need subsidies, the biggest U.S. wind turbine builder, Zond energy systems, was owned by Enron and later sold to General Electric, BP and Royal Dutch Shell, major players in the oil game,why do giant rich companies need subsidies? Subsidies to wind power projects in BC are nothing but wealth transfers from the vanishing middle class to wealthy shareholders, the rich getting richer in a welfare-dependent industry.
Since I don`t want the hot wind "Expert" Peter Cristoph(contributor in the comment section in my Naikun boondoggle story,read his comment here) http://powellriverpersuader.blogspot.com/2009/12/naikun-wind-power-boondoggle-unravled.html ...........claiming I have Cherry picked my articles..... Here are a few quotes from a very good link......Flemming Nissen CEO of ElSAM power stated..."Wind power doesn`t reduce Co2" and reported in the German Paper Der Spiegel...."Germany co2 emissions haven`t been reduced even a single gram because of wind energy"......And Niels Gram,the head of the Danish federation of industries said...."Windmills are a mistake environmentally and even a bigger mistake economically" (read the story here) http://www.freerepublic.com/focus/news/2408971/posts
And it gets much worse than that, read the book...."The great windmill scam" ......And on another link, the best experts are speaking up, every watt of power windmills generate you have to build an equal amount of back-up energy, and in Denmark that back-up is coal fired energy(read about it here) http://ruralgrubby.wordpress.com/2009/09/16/the-great-windmill-scam/
Anyways Peter Christoph, I look forward to links and expert opinion from a "self acknowledged offshore windmill expert"
Maybe you and Dr Weaver or Marc Jaccard can write an expert paper on how to "make green money vanish while under the brown cape"
The Straight Goods
Cheers-Eyes Wide Open
Posted by Grant G at 8:57 PM

Grant ...Looks like the UK doesn't agree with much you say on this subject.

I think you're right on with most things ...but completely out of touch on the Wind Farm issues especially Naikun and Haida link....this will be the best thing that ever happened to Haida Qwaii and the Haida people

Nothing more reliable than information about energy from the energy industry. No possibility for bias there right?

"The American Clean Skies Foundation board of directors is chaired by founder Aubrey McClendon, the CEO of natural gas producer Chesapeake Energy Corporation. Although it is not mentioned on the ACSF web site, Chesapeake Energy funds the foundation."

From the Columbia Journalism Review:

"A new online environment and energy energy site is tainted with conflicts of interest among its anchors and executives."

Come on flacks, you must do better. Give us the credit for some brains.

Grant, I must say that I vote you for best new blogger of 2009,for the variety,depth and insight you continually pump into your passionately revealing posts!

May I wish you a happy new year, and the best for all of your life, in 2010. You certainly deserve it!

Thanks Laila...As for any award,my goal is to wake up the Media.and....To Get Laila elected...

A great many of us Haida do not want the Naikun wind project on Haida Gwaii. Naikun has been turned down by Hydro.