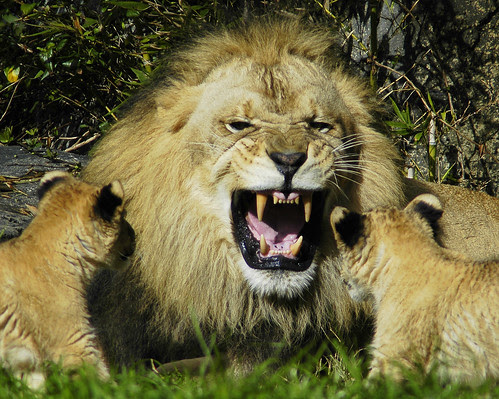 Well friends,time to turn up the heat, indeed, we seem to have ruffled some feathers, Brian was denied radio access yesterday on the cutting ledge,they know what`s coming, Patience,persistence,never say never, the story, our story,will be told.

This is from :The dictionary of financial scam terms:

an unsecured promise to pay, backed only by the general credit of the issuer.Debentures and corporate bonds carry a written agreement (indenture) that specifies the terms and conditions under which the debentures are written.
(When an investor purchases a debenture, he is literally lending money to the issuer,)
and must count on the issuer to deliver the return of invested funds,with or without interest depending on the indenture,as promised.

That my friends is right out of financial fraud terms.

You know what, sometimes I get a little down, I write these stories and I predict outcomes, well, my regular readers are aware of stories I wrote about the HST...More specifically I wrote about things like..."All roads to political success go through an anti HST platform", I said that Harper could get his majority if he rejected the HST...I predicted the road to recovery for Iggy was through an Anti HST platform....I predicted the complete demise of Gordon Campbell and his muted zombie caucus,.....Well it seems like I`m getting battered...Or am I?

I was wandering the web and I found some very interesting things going on, as I wrote last month, Tim Hudak and his Ontario Conservatives had climed 16 % points to draw even with Dalton McGuinty`s Ontario Liberals, and the reason for rise in support for the Ontario Conservative`s was....The HST....A opposition party so far back just 6 months ago, and the hst is brought forward and McGuinty support collapsed, I was waching very closely, McGuinty...Pre HST had a massive lead in likeability and support, it vanished,Tim Hudak pulled even...Well...

I thought that Hudak would only pull even, boy was I wrong!

Hudak and his Anti-Hst Campaign surged 20% percentage points in the last couple of weeks,WHY ?

One reason,Vaughn Palmer alludes to the events in detail but...What Tim Hudak has done is....

His party has called McGuinty a liar in the legislature, over and over again, sit ins, cancelled question periods, complete Ontario Conservative walk-outs, in fact this last monday conservative member Bill Murdoch donned a kilt for dramatic effect and issued a deliberate provocation from the floor of the house...He went on to say "Where I come from"-the would-be-braveheart represents Owen sound and Environs--"Dalton McGuinty is a liar"

Complete anarchy, the speaker of the house has lost control, the Ontario Conservatives are calling McGuinty a liar and a con man left,right and center, every chance they call names, they don`t care if they get kicked out, no longer is the word "honourable" used in describing Liberals in Ontario.....And, there is no threat of libel because....Because McGuinty and Campbell are lying their faces off!

And the most amazing thing is happening,this rude,tacky, unparlimentary behaviour, this crude name calling,walk-outs, question period cancellations, all night sit ins, Kilt wearing, yea,men in kilts is revolting, well unless they keep their bag pipes covered!

And the most amazing thing has happened, the Ontario Voter has rewarded Tim Hudak....A 20 point surge in a few weeks,a fighter for the people, populous position, the "pitch fork nation has spoken"

At this rate by the spring McGuinty will be at 10% in the polls, the knives,they`re getting very sharp, I wrote in an earlier post months ago that the NDP should walk out on question period here in BC..If the Liberals won`t answer questions then why waste time asking them in a place where they won`t answer?

I will expose BC Ferries, if Carole James, Gary Coons,Bruce Raulston, Krog...if they can`t cause a ruckus, they don`t need to ask permission to hold a weekly press conference, if Campbell and the muted zombies won`t answer questions in question period then ask the media to ask questions,ask questions through print,radio,no one can explain the scam at BC Ferries or BC Rail..
The Hst fraud, we don`t need a "lady like" Carole James or a "lady like" Leonard Krog, we need a street fighter, a biter, a kick in the nutter, we need a pitch fork wielding opposition that has no fear!

And if Carole can`t do it, then get someone in who can, you have nothing to lose bc NDP....The Media is already laughing at you, perhaps, perhaps the ndp will read the straight goods, or perhaps the Carole James led BC NDP will find themselves reading press releases from Grant G.

Free speech is not on Good's vocabulary any more as he is just a shill for Gordo and the rest of the Liberal inner sanctum.

Is that really what wins you a Bruce Hutchison award these days?

"Is that really what wins you a Bruce Hutchison award these days"?

Is a debenture just another word for government or corporate bond? The govt or company issues a bond/debenture. Someone buys it, then the govt/company gets the cash. Which, at some point, they pay back with interest.

Grant, I just found something interesting. it was announced that BC had won 4 awards for public/private partnerships. I clicked on the link to www.pppcouncil.ca and checked out who they were. Honourary chair? None other than Gordon Campbell. The Public/Non Profit Membership, even more interesting. It is a clear roadmap to what is up for privatisation here. Go check for yourself. Is that not a conflict of interest on GC's part?

As I wrote in the above post, read it carefully, a debenture is a specific financial instrument...and.

"When an investor purchases a debenture,he is literally lending money to the issuer"

The Province Was the ISSUER

BC Ferries was the purchaser/investor

The purchaser(BC Ferries) of the debenture is,literally lending money to the issuer(The Province)of the debenture .....and the debt is on BC Ferries, so the private company(BC Ferries) gets saddled with an extra 1/2 billion debt,which at A= credit rating instead of triple AAA...Costs millions extra per year in interest, and the entire charade is hidden from public view, and Hahn and Co. are laughing all the way to the bank, because ultimately,we have no fiscal control over policy,direction,wage levels, dividend amounts......

And now this year the province has CRANKED up the subsidy from BC government to BC Ferries to 171 million this year(A record by miles from the past)....Now begins the game of cranking up subsidies to hide the losses and keep hidden the financial disaster known as BC Ferrygate,and to give the illusion of good financial stewardship!

Message to BC NDP: Shit or get off the pot!

It sounds like Ontario actually has an opposition, what a concept. Sounds like something BC would benefit from having.

In Ontario's case it is too bad it is the party that devestated the Province under the porky golfer guy (Mike "F**k Injuns" Harris).

Privatize until there's nothing left, then get out more serious implements than pitchforks!