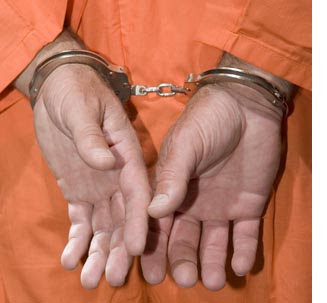 Bit by bit I intend to unravel the BC Ferry giveaway, the debenture, re-paying the province close to half a billion in borrowed money,who has ownership,yes there are many questions....Lets discuss Shares....or more importantly,non-voting shares.

As you know,the B.C. Comptroller general Sheryl Wenezenki Yolland did reviews on both Translink and BC Ferries, and one of her strongest recommendations was that BC Ferries should not be appointing diectors to the Ferry authority, she said it`s voting yourself in charge,she went on to say that this current arrangement is not acceptable and...She went as far as recommending the members resign to resolve the issue and have a different nomination/appointment process.

So to my dismay in reading last week that BC Ferries have completely ignored that report and re-appointed their directors....Oh yea, the good old boys club is alive and well (Read about it here) http://thetyee.ca/Blogs/TheHook/Transportation/2009/11/25/FerryBoards/

And as you know last week I got my hands on that Debra Marshall letter, and it opened up my eyes to what is going on, something was gnawing at me, what about this share arrangement, the province owns 75,000 shares but the owners of BC Ferries owns the voting share, that must have been done for a reason, so I got digging around and....

The details on voting share rights are subject to different conditions but, one thing is for sure,the one advantage of owning voting shares is........"Therefore it is clear that the main advantage to issuing non voting shares,is the denial of voting rights.It is a loophole, if I may call it so, used by companies to raise capital at zero cost by issuing shares, but without giving the shareholders,who are really the owners have been effectively denied any say in for example, in declaration of dividends,appointment of directors, and in approving or disapproving any policy directions or decisions"

" In a hypothetical example,imagine owning the majority of a company`s shares and having no voting rights,the ninnies who owned the voting shares, despite owning less of the company than you,would get to name directors,set dividends,policy,and direction of the company"

So despite the Comptroller general`s report, despite Shirley Bond and the Campbell GANG waffling, why do you think the owners of BC Ferries deliberately ignored the report.....Because they have that power, Gordon Campbell and the province have no say in who BC Ferry`s appoints to the authority or Commission....The province has no say in the setting of the Massive pay package for Hahn or any of the other executives, the province has made itself unaccountable, in fact the directors and Hahn could double their pay next year and there is nothing Gordon Campbell or anyone can do.......

And, the one (out) would be for the province to buy BC Ferries back but..I believe the province would have to buy all the bond issuance`s and debt.

I wonder if anyone from BC Ferries told the comptroller general that the province or her has no authority to order a different structure for appointing directors?

That one voting share, it means the province can`t interfere, no say on directors,no say on directors pay, the directors set their own pay and Hahn`s pay,how do we get that voting share? Executive order,or do we have to buy it back, I wonder how many doors I have to open up before the media the law or even the opposition walks through!

Hon. S. Bond: "The fact of the matter is that B.C. Ferries is a privately owned company. The province of British Columbia is a preferred shareholder, but it is a non-voting shareholder."

If it's a privately owned company, who owns it?

I have it, through good authority, that the actual voting shares of BC Ferries are held "In Trust" at a legal firm in the Grand Cayman Islands. It was deliberately structured in this manner.

Grant - dig deeper - you might be on to the biggest political scandal since Watergate. And the motivation is financial gain.

Grant - forget BC Ferries, try the RAV/Canada Line finances, as it seems what the public has been told is complete falsehood.

Latest estimate of the cost of the Canada Line is $2.5 billion - but wait, the scope of the project has been reduced so much that it might take up to $2 billion more to make the Canada Line able to carry what a streetcar can carry today.

Also, it seems that InTransit BC keeps 7 train-sets from operating to save money, creating constant overcrowding on the metro, giving the impression that it is carrying far more people than it really is.

It seems the BC Government hired the money from overseas banks, lent it to SNC Lavalin, who again pay it back to the government.

Then there is the SkyTrain police force, which is largely made up of retires RCMP officers who are double dipping with their pensions.

This means retired RCMP types are being paid (counting their RCMP pensions) $160,000+ per annum.

This quaint little fiddle is one reason why senior RCMP staff are non too willing to investigate TransLink and BC Ferries!

I've been saying for a while that they are trying to bankrupt the ferries,This is so that it can be said the Ferries are bankrupt and we must sell them off. Mortgage the facilities to the hilt and when ridership drops so low it iunrealistic to subsidize it any more sell it and the docks and lots.

Anon 7.13 pm...That`s what I would like to know..Who owns that voting share and what is our cost to attain it?

Anon 7.32 pm.....The financial gain I believe artificially inflated Gordon Campbell`s pre- 2005 election budget,as for the Caymans I can`t speak to...But..Somehow the money for the debenture went to the province and the debt went to BC Ferries,that must,I assume be the price for the "sale" to this entity-- 427.710,000,00$ plus interest of 25 $ million....Someone owns that part of the BC Ferry debt.

Anon 7.48....I have written extensively on the golden ears bridge and the Canada line, they`re both boondoggles with sketchy finances,both projects will cost Translink millions per year, and we were supposed to be protected by going the P3 route, we wern`t, we pay the massive interest,hold all the risk and we we`re on the hook for cost over-runs...

Malcom J...you might find him at Stephen Rees place,he`s the expert on the Canada (follow the money)line...That story awaits.

This is from BC Ferry Authority's web site:

The Coastal Ferry Act has info about how BCFA was created.

BC Ferry Authority holds the single voting common share of BC Ferry Services Inc and the Province of BC holds the 75,477 8% non-voting cumulative preferred shares, each with a par value of $1000.

As for the 75 thousand odd shares, That fact was exposed in my story "cknw and cristy clark-amatuers exposed"

I want to know how we get the voting share,what value is on the share...Whoever controlls that voting share controls who gets on the Ferry Authority board,and that board decides wages,direction and policy.....

I want to know where did the 460 $ million dollars the "company" gave to the province go?