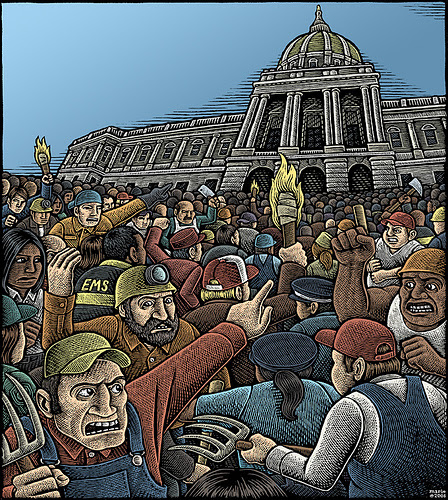 Well friends, I know I have been consumed by the BC Ferry fraud/shell game,
many little but big stories have happened, time to weigh in on what I call.... "Are You Kidding Me".
#1) Translink assault--A fantastic story, friday of this week a small army of people dependent on Handy Dart stormed Translink`s Burnaby office, what a touching story, beautiful people who couldn`t walk,wheel chair bound, speaking problems, disabled and the love they showed for the drivers,the hatred towards Translink, pleading for Translink to pull the contract from MVT, and the disabled saints vowed to return and return until it`s resolved,,the Translink brass,Ken Hardie were dumbfounded and embarrassed,(way to show us healthy people how it`s done!!!!!)...... sharpen the pitchforks.
#2) Passion---A 165,000 thousand dollar program for assisting people with MS and similar type devastating illnesses was cancelled, the beautiful young teenager with a life-long battle ahead of her was brought to tears by the cancellation of this program, yes indeed,the olympic spirit is alive and well in Kamloops, 700 $ million for a roof,friends, this has gone far beyond Gordon Campbell, there are 40 other BC Liberal MlAs that need to be held accountable, these cuts to these special programs , well Dr McDiaramid......Well Mary McNeil...Well Stephanie Cadieux......Won`t even stand up for the disabled..... rot in hell Gordon Campbell, and most of you Liberal MLAs are going with him!!
#3) Buying carbon offsets--Miro Certinig of Vancouver Sun fame produced a show about the new latest scam,carbon trading and offsets,it was aired on CBC last week...Just a couple of items I would like to point out...First off, down in the south pacific they`re dumping tons of fertilizer into a bay, the idea is that it creates an Algae bloom, the Algae bloom absorbs greenhouses gasses and the algae sinks to the bottom thus storing Carbon...A local islander was asked about what they were doing to his local water,(through a translator) The (probably unschooled local)said "Putting fertilizer in the ocean,killing fish to make algae is crazy" The guy has more brains than the saps buying these offsets....
Chief Atleo...The new Grand chief from BC was offered a ton of money to NOT CUT PRIVATE FIRST NATION`S FORESTs...Atleo went on to say that he didn`t want to sell to cheap,he`s holding out for more money....Hmmm, I wonder how many years later after he sells these carbon offsets does he ultimately log a probably mature forest, and, What if a lightning strike or forest fires burn down this forest? What happens to the offset money? What a Muggs game...And that`s what Iggy and the Liberals want to sell us! I`m not interested in climate change discussion or pricing until these games are outlawed. I was thinking about opening up a business that will cause pollution, pay me to not open the business, now that`s a plan! Sheesh.
4) Good Faith--michael Ignatief talked about honouring a "Good Faith" deal between the provinces and Ottawa in regard to the HST, I think Iggy needs a lesson on "Good Faith" ..The Conference board of Canada in december of 2008 recommended to the Government of BC switch to the HST but they warned about the political fall-out in implementing it....So along comes the run up to our last election, Gordon Campbell and Colin Hansen were asked about the HST,many industries wrote to the Campbell government and asked a direct question.."are you going to bring in an HST" The province said NO, they even wrote down on paper in a formal response to the restraurant industry...NO we are not going to bring in an HST....But according to Michael Ignatief and the federal Liberals...That was a "good faith" deal between the province and the feds, I don`t know, my definition of a "Good Faith" deal is a little different than that of Michael Ignatief, I guess 90% of the public being screwed over and lied too doesn`t count towards "Good Faith" in Iggy`s world.
#5) Pilot project--I saved the best for last...Kevin Falcon (bald-faced liar)...As you have heard or seen the BC nurses union have been running ads against the Campbell government about the 10,000 plus MRIs that are being cancelled this year and next and into the future, the nurses in the ad are asking to government to keep it`s promises and reverse the cuts,restore the medically nessecary MRI`s ...Well, this ad has been running for a week or so and...
Yesterday Kevin Falcon claimed in a news report, and on Canwest Global news at 6.00 pm....Keven(the dweeb) Falcon claimed the nurses are wrong and, there ARE no cuts to the MRI`s being done...He went onto say that two years ago the government launched a "Pilot project" in which MRI`s would be done 16 hours per day 7 days a week and that the "Pilot Project" ended this year!...HA HA LOL LOL....Really Kevin Falcon, is that true? Are you sure? When did the Campbell government announce this "Pilot project" ? How long was the scheduled "pilot project" to last? ...You know, I just don`t remember George Abbott attending that photo-op announcing the "Pilot Project" A pilot project called "doing medical nessecary MRI`s"
And kevin falcon...What did you learn with this pilot project? Early diagnosis is good? Was the pilot project a success or failure? So now under Campbell and Falcon more procedures being done are in fact "Pilot projects"
You know my friends, do they really think we are idiots? A pilot project is NOT extra procedures, what a load of bafflegab, Kevin Falcon should be forced to resign for even making that statement "Doing MRIs were a pilot project" ...H1 N1 shots(A pilot project)..More knee surgeries(a pilot project)....More heart surgeries(a pilot project).....Closing hospitals (a pilot project)....Cancelling surgeries(a pilot project)......Recalling politicians (A Pilot Project).
The Straight Goods
Cheers-Eyes Wide Open
Posted by Grant G at 3:55 PM

There comes a time, in every nation, when politicians are corrupted by power; bureaucrats become lazy and numerous, that the population rises up and rebels.

Now this can be a 'quiet revolution' where the powers that be are forced by public censure to change or face dismal election results or a 'violent revolution' where a Messiah type leader galvanizes the public in a forceful overthrow of the government.

I think Campbell, with only 23% support of the population is batting for a violent revolution, where the public is repulsed daily by government actions.

If one wants to get the message across that BC is not the best place in the world, a riot or two during the Olympics is the vehicle to do this.

All what's missing in the mix is a Messiah leader to whip up public discontent to violent action.

Thanks anon 5.49 pm.....I have another run of river story coming up this week,Rafe Mair, and others have been screaming their heads off about how a bad a financial deal they are...Buy High sell low...Kill your fish and bears and muck with the rivers...All for the sake of losing money...Campbell couldn`t run a lemonade stand!

And I agree Evil Eye...Time for pitchfork nation to do a little prodding!

Well, hell Grant, the falconater is going to be speaking at a Surrey Board of Trade luncheon about a two tiered heatlh system where private and public are the way to go.... YOu should stop on by and ask him a few questions..!!

No Laila, I think I`ll pass on that one, Falcon won`t answer questions,he only understands power....

Not interested in a one way speech from the liar Falcon.

But,the question You and everyone should be asking....How come our health minister is at a board of TRADE meeting!

When did our BC Health act become a provincial or American trade issue?

As I posted in my medical tourism scam series,Falcon`s road to selling health is illegal,against the Canada health act, the media,our BC media will ignor the story.

Campbell and Falcon want to cut our domestic capacity and sell it, Falcon will call it a "Pilot project"

This one is heading for a court challenge, the Falcon plan will be defeated,and Campbell has no more clout or more importantly,his government has no credibility, even federally, Harper will distance himself from Campbell, you drop 10% points just standing beside Gordon Campbell.