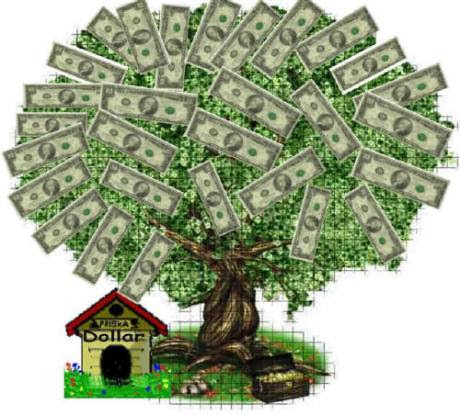 It seems no one can agree on next year’s referendum on transit funding – not even the premier and her transportation minister.

In an interview with The Globe and Mail, Premier Christy Clark says Metro Vancouver voters will be offered a multiple-choice decision on public transit, because – in her words – “A simple ‘yes’ or ‘no’ doesn’t do justice to the questions that are there.”

Clark also reveals the referendum will take place in conjunction with November’s civic elections.
In the same article, Transportation Minister Todd Stone sings a different tune.
Stone insists the ballot question has not been decided, nor has the date.
And while Clark says she won’t shape the outcome, Stone intends to lobby for a vote in favour of more.

(The truth about how this referendum is going down was already written in the below post ...Grant G)


Let`s talk about one of Christy Clark`s election promises, in particular, the referendum on Translink funding...

The Province newspaper`s Jon Ferry is gung-ho for a leave-it-to-the-voter-referendum on how Translink gets its funding for future expenditures..Let me remind you people what Translink has ownership of and responsibilities for..

The BC Liberal Government in a sneaky manner gifted items to Translink, the province gave the transit company bridges, old bridges in need of replacement as well as new crossings, that being the golden ears bridge, one of those bridges given is the patullo bridge, it is first up for replacement, the cost of replacing that structure is $1.5 billion dollars, or more...The reason the Liberal Government gave these old structures to Translink is obvious, this was done so the cost, the taxes required to replace these items fell to a different entity than the ministry of transportation..Translink can tax tax tax and these slimy Liberals will merely say..."It`s Translink not us"..The Liberals love these alternative taxes that fall under someone else`s purview, that way they can claim how they are the tax cutters, meanwhile user fees and taxes levied by BC Hydro, Translink, downloads onto the municipality, increases at ICBC are not really taxes, including MSP premiums, we are the only province with that tax, these fake tax cutters Liberals are just that, fake..

South of the Fraser needs hundreds of buses and drivers, the powers that be, Kiewit are chomping at the bit for another major doled Government project, that project is going to be the patullo bridge replacement....There is also SNC Lavalin, and property developers, they along with Gregor Robertson are beating the subway to UBC drum, that project will cost $3 to $4 billion dollars alone..

Let`s tally up the numbers....

South of Fraser buses and drivers...$1 billion every 5 years..

So, Translink needs $6 billion dollars over the next 5 years...

What those people who commented under Ferry`s article don`t understand is this...

Todd Stone, our new transportation minister is refusing to come clean, I have been informed by person in the know..

This Translink funding referendum being put to the people will have these choices.....

#4-Yearly car levy collected by ICBC when you renew insurance.($300 to $500 dollars(per year) depending on vehicle type and size)

#5-Raise each of the above a little bit

Let me first give you a little information, the road pricing option will require spending hundreds of millions of dollars installing cameras and data collectors at roads, bridges, everywhere as well as another agency to monitor, bill and collect, similar to Treo(The company that monitors and collects tolls from the port mann bridge)...

The referendum will be vague as to where the new monies will be directed..

This is why the mayors council are up in arms over this stupid referendum ploy, the BC Liberals are tricking the public again, this is not democracy, why should GVRD residents have to pay for a $3.5 billion dollar subway line they will never use, or those who will never use the Patullo bridge, or buses..

Let me say that again, there will be no choice on the referendum to say no to any new taxes for Translink..


Rich Coleman on Voice of BC with Vaughn Palmer on Thursday, Christy Clark for the last 2 years, all the BC Liberals, each and everyone of them have claimed British Columbia will be debt free, BC Hydro debt paid, BC ferry debt paid, tolls removed, sales tax removed and hundreds of $billions in a prosperity fund for future generations of BCers, all this largess accruing from LNG sales to Asia, a $trillion dollars in economic activity,..

Why than Christy Clark are you gouging seniors $300 dollars per year in wheelchair fees, why are you raising BC Hydro rates 60% over the next 5 years, and that is after rates just went up 17% and several years ago a two-tier hydro electric rate that every single detached home owner pays now,  these Liberals are also raising BC Ferry rates, cutting health spending to below the rate of inflation and selling near $1 billion dollars in assets..All these increases while our BC debt rises by $5 billion dollars per year..

One thing is very clear, it`s obvious to this persuader that the BC Liberal Government doesn`t even believe their own LNG fantasy claim..

For if they really did, hydro increases, Translink funding and healthcare spending for a rapidly aging population would be made by Government, added to our temporary debt, let`s just call it a small advance on that $trillion dollar LNG pie..

Cheers Eyes Wide Open
Posted by Grant G at 10:00 AM

Then add the cost of the Convention Center, the roof on BC Place.

Then there's $1 billion for the 'Smart Grid'.

BC provincial debt projected to be $70 billion by 2015. My estimate of 2% interest on that is $1.4 billion in annual interest payments. Correct?

Why, if we have a balanced budget (Her words, not mine) does the Provincial Debt continue to rise?

As soon as my budget becomes 'balanced' (income = outgo) my bank balance stops going up and down.

$5 billion dollars annual or more...That`s debt is rising so fast.

JA,
The BC debt is growing, due to annual budget deficits every year. So I don't see how they can say the budget is balanced.

Since 2005 the BC Provincial debt has grown at 8.5% per year. This means debt doubling in 8 years.


I always thought that it would be a plebiscite rather than a referendum. After all isn’t transit a municipal issue?

The referendum is a scam...

Blame the media Hugh..They allow the BC Liberals to lie, to cheat and steal.

Accounting rules were changed, the thieves in both wallstreet and Governments changed accounting rules to cover theft, cover debt, an elaborite scheme designed to hoodwink the people.


I am paying more than enough taxes now. It's time they rein in the over bloated health authorities, ferries, hydro, Fortis, MLAs "allowances, perks" and free rides (as well as MPs in Ottawa) and the list goes on. And, I don't believe in cutting it from the bottom. Start at the TOP and clean house!
Enough already.

Awakening Populations All Over The World said...

“You only have power over people as long as you don't take everything away from them. But when you've robbed a man of everything, he's no longer in your power--he's free again.”
-- Aleksandr Solzhenitsyn

Grant you`re always so far ahead of the curve, no wonder guv and MSM fear you!

Thanks for that anon...Yes this article was originally posted in early in July/2013..

BC Government is using Translink as another form of taxation..

Christy Clark and her band of bended knee MLAs will continue to say BC`s taxation is low..

Yet BC Hyfro, Translink, ICBC will be pressured to keep whacking the public..

Blame the media, they are corrupt, especially Baldrey, Palmer, Smyth, Global BC and CKNW, the dead rating radio..

Cutting edge of the ledge no longer receives phone calls of agreement, every caller is calling out the three stooges..

Today the cutting edge of the ledge was a mere 20 minutes, segment is dead radio hosted by paid Government stooges.