BC Liberals Murdered My Dad And Other Seniors At Burnaby General Hospital And Other B.C. Hospitals Over Politics And Trying To Avoid Bad Press 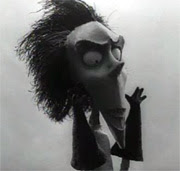 Vancouver Sun through recent FOI documents has learned the Fraser Health officials and Government of British Columbia officials knew there was a major C Difficile outbreak ongoing at Burnaby General Hospital, and rather than posting warnings they allowed senior after senior patient and other younger patients to continue to enter that hospital, seniors who grab railings and walls for balance are the most vulnerable..

Documents show that the BC Liberal Government tries to squalch the information..This political cowardice resulted in the needless deaths of roughly 200 people...And to this day not even a single apologt has been given to any of the affected families...You BC Liberals should be jailed for murder..

You killed my dad you sick effing BC Liberals...You have blood on your hands Christy Clark, and it will never wash off..
_________

More disturbing news, Mike Farnsworth through emails has discovered shocking news, news that could and should inspire many to hunt down and pitchfork every BC Liberal holding office, even those who have left..

The emails, in a nutshell talk about saving BC Liberal MLA seats in Burnaby, and using a phony hospital planning scheme to gain an upperhand on the NDP...The letter goes on to state that there is no money now, next year or ever for Burnaby, it`s about politics and trying to con Burnaby and surrounding riding`s voters!

I remind you goddamn BC Liberals that you killed 200 patients at Burnaby hospital, and instead of fixing the problem you are spinning a fake BC Liberal insider committee, playing games, pretending you are doing something, anything when in fact you are continually killing more patients, ....

The pure audacity to make the death of hundreds a political gain, to bullshit the people of Burnaby into believing you are serious, no money, no business plan, no fucking nothing..

May all you BC Liberals die a slow painful death...Families First eh Christy Clark?...Family blood while you lie, cheat, squirm to save your dead political party, ..

BC LIBERALS are NOTHING SHORT OF MURDERERS


UPDATED, BC Liberals attempt to con the public and divert the blame over the elderly people they murdered through their policy at BC Hospitals, Burnaby General, Nanaimo General hospital..

Shocking emails, politics trump people`s lives as the BC Liberals try to mask the outrage of citizens who family members were murdered by the BC Liberals, under Christy Clark nothing has changed, read the shocking story here,

And this was reported in the below link, Gordon Campbell and all BC Liberals and BC`s complicit media have murder and blood on their hands!

_____________
What is going on at Burnaby hospital, doctors reported 84 seniors died because of C difficile breakouts but that may only be the tip of the iceberg.

What disturbs me even more is my Dad died in that hospital at the same time as the outbreaks, news on the radio(cknw) today from Fraser Health is...Aramark(cleaning company Fraser health has hired to clean Burnaby hospital) is using a sporacide bleach and are cleaning patient rooms at Burnaby hospital every 12 hours in an attempt to knock down these outbreaks...

84 people dead from inadequate cleaning...Yes indeed the BC Liberals have blood on their hands because since they outsourced the cleaning to private firms these outbreaks have run rampant...In fact cleaning hours per hospital are down 100 hundreds of thousands of cleaning hours compared to pre-outsourcing days...

Others hospitals are being shorted cleaning hours putting them at risk of c difficile outbreaks as well...Is this your idea of Families first Christy Clark?

Killing seniors with staff infections and germs, seniors coming in for care in Burnaby hospital and others and leaving in a wooden box?

This story is getting worse...Hydro-morph..A very strong pain killer that has a very odd side effect...It slows down the heart and seniors with bad or weak hearts should never be given this drug, it kills them....Well guess what..My Dad with his bad heart valve was prescribed hydro-morph, it led to a stroke,  after his stroke he never quite recovered, .....

I researched hydro morph after my Dad`s stroke and WE told the doctors that he wasn`t going to be taking anymore hydro morph, his heart can`t be slowed down with that drug again or it will kill him.....Experienced doctors that I contacted were shocked that my Dad with his heart was prescribed hydro-morph..

Well, after special nutrition and me fighting tooth and nail to help my dad he WAS getting better, that was until he went to Burnaby hospital for routine tests last year and he never left alive, he too left Burnaby hospital in a wooden box..After rehashing the events it`s now clear that dad got infected with this c difficile germs, he was isolated and given enimas in an attempt to clear the c difficile from his system,it helped kill my dad......But there`s more...On the news tonight...

Fraser health has ordered Aramark to clean Burnaby hospital patient rooms every 12 hours with a special bleach and....And this SHOCKING-NEWS...

HydroMorphone.......5 boxes of the pain killer hydro-morph were opened and replaced with something else....

Which means one of two things.....Either some nurse is trying to kill patients or some nurse(nurses) are trying to save senior patients from being killed with hydro-morph...

What about possible side effects?

The most common side effects are:


Is there any reason not to take this drug?

You should not take this drug if you are allergic to hydromorphone, morphine, oxycodone, hydrocodone or codeine. Before taking this medication, tell your doctor if you have or have ever had:

My Dad had both of those last two items on that bullet list....It clearly states that seniors with low blood pressure and heart rhythm problems should never be given hydromorph.....It was the original prescribed dose of hydromorph that caused my Dad to collapse with a stroke, he improved and was recovering after being taken off hydromorph at my insistence after researching that drug ....Then Dad went into Burnaby hospital for tests never to leave alive again...And yes,  I did hear the report last month about doctors reporting that 84 seniors died at Burnaby hospital from c difficile infections and today on radio news it was reported about this new cleaning regiment at Burnaby hospital which means but one thing, Seniors are still dying from infections at our hospitals but when I heard of the tampering of medicines reported by nurses with the drug that scares the hell out of me, Hydromorphone, the contents of 5 boxes of hydromorph were replaced with something else.....

Are there some angelic nurses at Burnaby hospital who also fear hydromorph was being used inappropriately on seniors with bad hearts and removed the poison....

There needs to be complete investigation of Burnaby hospital and those deaths, also with the use of hydromorph on seniors...Beware of this drug, ...

Gordon Campbell, You and all BC Liberals have blood on your hands for the outsourcing of hospital cleaning and a massive reduction in cleaning hours..

Feb 25, 2008 12:03 PM
"Privatization of housekeeping services in the Vancouver Coastal Health Authority led to a dramatic reduction in cleaning hours at hospitals and extended care facilities, according to documents obtained by CUPE's Hospital Employees' Union.
The documents, obtained through a freedom of information request, reveal the health authority's top executives cut the number of hours of cleaning in hospitals and extended care facilities by 15 per cent when they contracted out housekeeping to U.S.-based multinational ARAMARK in 2003.
Hospital cleaning is an important factor in limiting the spread of antibiotic resistant organisms like vancomycim resistant enterococci (VRE) and methicillin resistant staphylococcus aureus (MRSA). Vancouver Coastal Health (VCH) has estimated that the costs of treating cases of VRE and MRSA, acquired in a health care setting, at more than $4 million last year.
VCH recently recorded a 17 per cent jump in the number of patients infected with MRSA while admitted to local hospitals and extended care facilities.
BC’s health authorities have emphasized hand-washing as a strategy to limit the spread of these infections, but research suggests that enhanced cleaning is also central to infection control strategies.

But the July 17, 2003 business case prepared by senior VCH executives to justify contracting out cleaning services to ARAMARK included a reduction of 153,500 cleaning hours annually. A commercial contract based on the business case was signed with ARAMARK on July 25, 2003.
Both VCH and ARAMARK had blocked HEU’s January 2004 application for an uncensored version of the business case and other documents. The union finally obtained the documents more than three and a half years later, after BC’s information and privacy commissioner ordered their release.

“Hospital-acquired infections are a costly problem and a major risk for patients and health care workers,” says Darcy. “In the face of this threat, cutting back on cleaning is reckless"

"The health of hospitalized Canadians and their visitors is being seriously put at risk by hospitals that have cut corners in cleaning budgets to save money, a Marketplace investigation has revealed.
The program took hidden cameras inside 11 hospitals in Ontario and British Columbia. What they found in many of them were surprisingly inadequate cleaning regimens – in short, dirty hospitals that could make you sick.
In many hospitals, Marketplace staffers applied a harmless gel to places that many people would touch – hand rails, door handles, light switches, elevator buttons.

DIRTY HOSPITALS
The full story, Dirty Hospitals, can be seen on CBC-TV's Marketplace tonight at 8 p.m., 8:30 in Newfoundland.
The gel glows when seen under an ultra-violet light. But most of the time – and this was true in every hospital where Marketplace carried out gel tests – the gel was still there more than 24 hours later, meaning the surfaces had not been cleaned at all.
The program talked to cleaners, supervisors, nurses, doctors, and hospital administrators to get a handle on what has become a major problem at Canadian health-care facilities – a shocking number of hospital-acquired infections."
_______________________________________________________
Poor hospital cleaning revealed as major problem - Health - CBC News

See you in Hell Gordon Muir Campbell...And you too Christy families first Clark

Alberta Doctors and Hositals are not much better.
I almost died when I was given medication to slow my heart too in the Peace River Hospital

Peace River hospital is not much better.
I was overdosed with dope to slow my heart down and spent all day and night on my feet,when I sat down my heart wanted to stop.
I dont know the name of the medication but it was given to me by a Doctor Blom,he was said to come from B.C.
I agree, some patients die by a Doctors error or careless ness.