Nelson Mandela, Time For Canada To Pick Up His Torch, Again 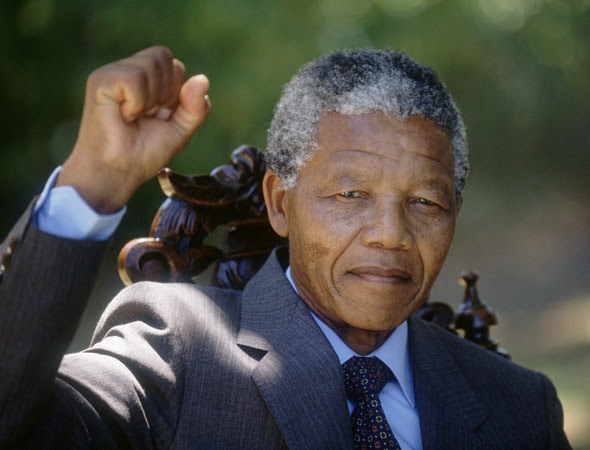 I invite all of you to join me in celebration of Nelson Mandela`s life, there are no words to describe his accomplishments, and remember what the man lived for, remember what Canada once was..

I am not sad, today we celebrate.

We are hopeful the transference of his spirit and soul into the light of twinkling stars will once again remind the world of what the man actually stood for..

Equality, acceptance, inclusion of others and of course....An end to violence..

Seems to me that over the last decade corporations and advanced western democracies, to me  politicos have engaged in and provoked conflict, an agenda of division and blame, it`s as if everything Nelson Mandela stood for, promoted and championed was not only forgotten but deliberately buried..

In the USA a Republican party led by tea bagging freaks have shown open scorn for Barack Obama..A republican led grand theft and banking fraud scheme looted $25 trillion dollars from the masses, this financial mess was handed to a black president, financial pundits and political parties refer to this theft as the 2008/2009 recession, ...How polite, how calming, how delusional..It was theft on a galactic scale..

Affordable healthcare for all Americans!...Oh the humanity!

For what happened two days ago in Rochester New York?, three black youths arrested while waiting for a school bus to take them to a team sporting event..


Charges have been dropped against 3 Black teens who were arrested while waiting on a bus in Rochester, New York.
“After reviewing the facts associated with these arrests, I have decided to dismiss the charges in the interest of justice,” said District Attorney Sandra Doorley in a statement Tuesday.
********************
Three Black students waiting for a school bus in Rochester, New York were arrested after they refused police orders to “disperse,” reports Raw Story.
On Nov. 27., Raliek Redd, Wan’Tauhjs Weathers and Daequon Carelock were waiting for a bus, arranged by their coach Jacob Scott, to pick them up and take them to a scrimmage game.
“We didn’t do nothing,” said Redd. “We was just trying to go to our scrimmage.”
Despite their attempts to explain why they were standing there, police arrested them anyway.

In Miami a store owner installed a camera, he did so for a reason, his employee, a black man has been arrested, detained, cuffed and harassed over 300 times in the last few years, these white police officers did this for pure sport, that being the sport of racism and intimidation of those different..

#37 for My Stupid State series....
Earl Sampson has been stopped and questioned by Miami Gardens police 258 times in 4 years, on average more than once a week.   He has been arrested 62 times for trespassing: at the store he WORKS AT!

The store's owner, Alex Saleh, had enough of the racial profiling of his employees and customers.

He installed 15 surveillance cameras--not to protect from criminals (he has never been robbed) but because of the non-stop harassment of Sampson and others.   The video below shows just one instance:  Earl Sampson is taking out the garbage, and as soon as he goes back in the store, he is pulled out forcibly by the cop and arrested for trespassing.

I`m not sure when advanced western countries forgot the lessons Nelson Mandela taught us...Was it the black men and women voter suppression in Florida in 2001, a crime that resulted in George the lessor Bush being elected president, a president who started wars for no reason but oil, a war for Haliburton and big energy..

A $5 trillion dollar war that`s raged for the last decade, a war that continues to this day..

And Canada, a country that Nelson Mandela had a fondness for, Canada, when Nelson Mandela was still engaging world leaders and individual countries Canada was at the top of Mandela`s admiration heap...

And now we are under the cruel rule of Stephen Harper, a man leading a party of haters, a party of divide and distort, a party of seething hatred towards anything or anyone who questions tar oil..

George Bush`s oil war against Iraq...Stephen Harper thumbing the world on pollution, Stephen Harper and his party sticking their middle fingers in the air, directing their derision to anyone who doesn`t go along with pushing tar oil..

The BC Liberals, and more importantly, Stephen Harper`s Government and party is one of spewing hatred and inventing division..

Joe Oilver and Stephen Harper not only called Canadians "enemies of Canada, eco-terrorists, radicals and national threats"...Stephen Harper like a tin-pot dictator sent the RCMP, the taxman, our CSIS spy agency on a hunt, our fellow citizens were now in the way, First Nations and environmentalists, brothers, sisters and neighbours no longer Canadians but targets..

I can`t speak for Nelson Mandela but I believe he would reject the Harper, reject a country that wins the fossil award every year, Canada now a country that promotes environmental degradation and hatred..

And what crimes did we Canadians commit, what sins did we British Columbians and First Nations engage in that forced Stephen Harper to target us ....We want Haida Gwaii and the Great Bear Rain Forest protected, we want our Salmon, Spirit Bear and the Orca to survive, to survive and be seen by future generations...We fight to keep our natural spirit alive, we fight to keep these spiritual animals alive and not just pictures in a book of the extinct..

One big tanker spill and its gone, a vicious nasty federal Stephen Harper led Government that talks of cleaning up bitumen spills in ocean and rivers when it can`t be cleaned up, the technology doesn`t exist, world class oil spill response, the words mean nothing when there is no technology today, tomorrow or 10 years from now to clean up the inevitable tar spill...Harper rams 400 page omnibus money bills with decades of environmental laws removed, laws to protect water, fish, fowl and human life itself,  life sustaining regulations stripped bare and burned, a Stephen Harper Conservative led party that hates, destroys and corrupts, a us versus them ideology of divide, anger, bribe and contort...

Today we pray that Democracy, that corporations and Governments remember what Nelson Mandela lived....

Sorry Ron, you can read the above link..

And anyone who praises Ronald Regan as the greatest...Who hell led average folks to slaughter, Ronald Regan set us down a path a slavery..

Everyday that goes by is structured around the wants of the wealth predators, soon it will be too late to change course.

We should be very afraid!

However, it is not a forum for Obama and the birther bullshit..or God exacting revenge on GBLT people by bringing down the World Trade towers..

I have written on Fukushima already..And on nuclear waste..

I write about Federal, Provincial and environmental issues..

I have no time, or money to write about all the topics on your minds..

Nelson Mandela was jailed for decades, and when he was elected president he didn`t exact revenge or target those who jailed him, he showed class and grace..

Lastly....Forget race, ideology, the real enemy of man is ..

Maybe instead of wasting energy cooling Natural Gas to a liquid state we should concentrate on cooling Tar Sand Goop to solid state?
Then when we have a catastrophe we just go in and load up the bricks?
Works for me!
John's Aghast

Rob Anders, Reformatory MP, loves you! Oh wait, he hates everything and everybody except his angry idea of dog spelled backwards and MONEY!