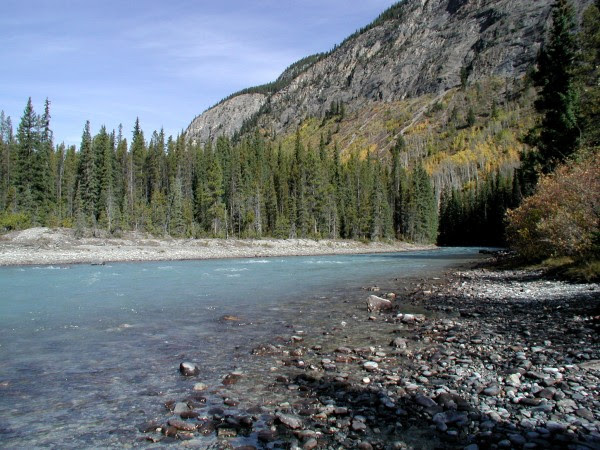 Breaking..1 billion litres of coal mine tailing water spilled into the Athabaska river....

A tailing pond failed, details are sketchy as to why it failed, and the below article claims the "sludge" is harmless to humans and fish, but if this sludge is so harmless why was it contained in a tailing pond?...

Oh, did I mention that Aberta has had another train derailment...

We humans have been operating trains for over 100 years and even after a century we can`t prevent accidents, pipelines, tankers, factories you name it, spills, fires and environmental damage will happen and that is why Enbridge`s northern gateway pipeline is a dead pipeline...

Despite blather from Harvey Oberfeld, Joe Oliver, Fraser Institute and or feel good fluffy propaganda advertisements featuring Janet Holder and wild salmon and whale scenes, Janet Holder in those ads claims she`s going to personally build the safest pipeline, she`s not a welder, a pipefitter or an engineer, Janet Holder is an executive, all she has is data from those who report out on those items..

The facts are as such, notwithstanding Janet Holder`s claims..Endridge`s proposed Northern Gateway pipeline will leak, spill and rupture on numerous occasions, and it`s almost a certainty there will be an oil tanker spill of epic proportion,...That`s not me saying that,  Enbridge`s own people, their staff and hired engineers say as much...because it`s true, Enbridge is asking us BCers to accept oil spills and environmental damage for their profit..

I`ve said it before and I`ll say it again, areas that are pristine, a marine lifeblood that nurtures BC`s entire west coast, the nursery, feeding grounds for most of our iconic species like the Orca, and wild chinook salmon, sea kelps and life generating herring spawn, if we harmed Haida Gwaii or the inside passage with the oceans already in trouble, salmon on the decline, acidic oceans, jellyfish blooms, if we spill oil/bitumen in the world`s only northern temperate rain forest we are guilty of crimes against humanity, we have no right to deliberately extinct species, anyone who who pushes Enbridge through are guilty of crimes, malice of forethought, if oil must move put it where pristine doesn`t exist, (Vancouver harbour?)....A bitumen soaked Vancouver harbour, who cares if a $hundreds of billions worth of property values collapse, that would be the result, can`t imagine wealthy real estate buyers lining up to buy condos overlooking an oil sludge...

Accidents will happen, placing environment destroying pipelines and tankers where the inevitable spills will have life-altering for the worse consequences is not bad judgement, it`s a crime against humanity....

The below is a repeat from 2 years ago, it just happens to be about Alberta`s Athabaska river..

Now showing, get your tickets, set a date, make some popcorn and buy extra twizzlers......

I present to you a film, one that the mainstream media in Canada won`t play or air....It`s in 2 parts......So without any further ado I present a thrilling film by .....Niobe Thompson....The documentary was aired on the Al Jazeera network, the last vestige of quality journalism!

Al Jazeera runs a show called Witness, Niobe Thompson hightlights the work of David Schindler where he proves not only the Alberta Government is lying but also how the Canadian Government is prepared to sacrifice human life or any life that gets in the way of the "Alberta Experiment" ...The film is touching, simple, pure....

Spreading the message, it didn`t start here but I can assure you contributors that the message won`t stop here....

One day we will look back on this time in history and say.....

"if oil must move put it where pristine doesn`t exist, (Vancouver harbour?).."

Now you're talking my language, cuz as far as I'm concerned I wouldn't care if Burrard Inlet and English Bay were covered in black goo that was on fucking fire. I would like to see the assholes that inhabit Howe Street roll up their sleeves and fight that fire, or smother it with their useless greedy bodies.

Great Content.I have appreciate with getting lot of good and reliable information with your post.......
Thanks for sharing such kind of nice and wonderful collection......again, beautiful :) I love reading your posts. They make me happy . . I know something about this same information, to know you can click here