A Canadian on Horseback

Canadian and British troops liberated Caen after 33 days of the bloodiest battles of the Normandy campaign.

A small but dramatic ceremony in the main square marked the historic first raising of the French flag, but a Canadian artillery officer on horseback made the moment symbolically Canadian too..

Although Caen was one of the D-Day objectives the Germans also recognized it as pivotal to their defence against the Allied invasion forces. Three German armoured divisions were put into action to merely hold the line.

Air bombardment and land artillery had devastated the ancient city, preceding the drive that saw troops of the 3rd Canadian infantry division enter the town, the battered townspeople 3000 of whom had been living in the Abbey church Abbaye aux hommes for the previous month, extended a heartfelt welcome to the Khaki-clad men from overseas who ousted the German S.S troops.

In the cathedral square a small detachment of French and British soldiers, all wearing British battle dress lined up at the base of the flagstaff, close to the tomb of William the Conqueror. The ceremony of raising the first flag was led by a chieftain of the French underground in Caen. Many wept as red, white and blue tricolour flag of France was raised, with General Charles De Gaulle`s cross of Lorraine on it`s white stripe.

The soldiers, including the French Forces of the Interior presented arms, a few of the several hundred started singing La Marseillaise(French National Anthem), an alert news woman held up a microphone saying their voices would be broadcast to the world, woman and children sang out with full hearts.


Suddenly onto to this solemn scene burst a horse clattering over a heap of rubble and into the cathedral square, her rider, a startled Canadian artillery officer, covered his embarrassment by pulling up short and snapping a salute to the flag, news photographers captured the image, the rider, Captain Ralph Mackern Sketch who was commanding officer of Item troop, 100 battery, 4th light anti-aircraft regiment of the Royal Canadian artillery, 3rd Canadian infantry division which landed on Juno beach on June 6th, Ralph Sketch wrote many years later how he obtained the magnificent chestnut mare.

The Germans were so overwhelmed that many survivors fled, leaving behind hundreds of artillery horses in the fields beyond the beaches, even in 1944 German infantry divisions relied on horsedrawn transport because of the shortage of gasoline, as a result Canadian soldiers were trading off horses to French farmers in return for a chicken or a dozen eggs.

Ralph Sketch, a lifetime horseman invoked the privileges of rank, this meant that his batman-driver assumed the extra duty as groom when Sketch claimed a horse, saddlery and a supply of grain, her life began with a new name: "Lady Item"

When Item troop entered Caen they established headquarters in a battered convent, After getting their guns in action..


They had expected to stay awhile however an immediate order came to move across the Orne river, the unexpected order caught the commanding officer off with his second-in-command away in his jeep scouting for wine, Captain Sketch promptly saddled up Lady Item and galloped off in search of his scout car, Lady Item was no slouch, she jumped fallen telegraph poles and climbed mounds of rubble before she rushed clattering into the flag raising ceremony.

Canada was fortunate in two ways, first that press photographers sent the spirited image of the Canadian on horseback to flash its own symbolism around the world,

Canadians had been among the first overseas to arrive in England in 1939, they went into battle in Hong Kong and Dieppe, in Italy and now France but all too often their part in the Grand Alliance was overshadowed, on July 9th 1944 in Caen, Captain Sketch and Lady Item gave the world a image worth a thousand words, secondly Ralph Sketch, 40 years later had become an internationally recognized equestrian sculpture in bronze, he recreated that moment in a miniature statue for his second-in-command and long time friend H. Gerald Macadam, Croix De Guerre of Sault Ste Marie Ontario.

This memento was known to Canadian battle of Normandy Foundation which commissioned a larger version titled "The Salute" to become part of a permanent Canadian memorial in France.


(A Picture of "The Salute" is contained within the above PDF link...Grant G)

Sketch`s sculpture commemorate many aspects of Canadian history: The wounded Montclam riding to aid, Willian Lyon Mackenzie racing to escape capture, Louis Riel inciting resistance, an outrider of the Northwest mounted police, Sir James Douglas and many many more, all on horseback, the horse for its own sake was so dear to Sketch that he chose to sculpt Alfred alone after General Brock`s death.

His most poignant bronze, "The last of his gun team, 1918" depicts a frightened horse symbolic of those who served for hundreds of years of peace and war, this statuette is at Camp Petawawa Headquarters of the 2nd regiment, Royal Canadian Artillery.

The permanent site of Lady Item`s historic moment is part of..Le Memorial, founded in 1988 by Caen`s mayor as a "Museum of Peace".

It was when Le Memorial launched a fund-raising drive for an exhibition they titled, "The Canadians to the Rescue" that the Canadian Battle of the Normandy Foundation was formed. Their immediate results were Canada`s Commemoration of both Vimy`s 75th and Dieppe`s 50th anniversaries at Le Memorial. The long-term goal is to create a place of continuing study with a documentation base to preserve valuable information on Canada`s role in World War II, Canadians are creating a garden of peace at Le Memorial and will place a plaque on the Place De l`Ancienne Boucherie in Caen France.

On July 10th 1994, to mark the 50th anniversary of Caen`s liberation Canadians will dedicate Ralph Sketch`s gift: The one-third lifesize bronze statue of  "The Salute" at the Battle of Normandy Memorial Museum in Bayeux France. Rare in any artist`s life is the opportunity to be both sculpture and sculpted.

"The Salute" was the focal point of Pender Island`s 1992 Royal Canadian Legion Remembrance service, it was then taken to the Canadian War Museum in Ottawa. In February 1994 it was taken to France in a Canadian Armed Forces aircraft.

Canadians will return in force for 50th Anniversary ceremonies on Friday, Saturday and Sunday, July 8, 9 an 10, 1994, a 200-strong Canadian Force Guard of Honour, colour party and band will also attend.

If fate had not stepped in again, Ralph Sketch would also have been there to unveil his sculpture but sadly,.....

Sketch and his wife Marion died together in a fire which consumed their Pender Island home. His bright image of the Canadian on horseback is forever part of the memories of Canada to remain with the 100,000 other Canadians who went to Europe`s Rescue, Never to Return.

Mary Mackie is a resident of Pender Island, B.C....Has an avid interest in Canadian military history, especially as it relates to the raid on Dieppe.

MACKIE, “Ida” Mary (née Luxton) 1926 – 2012 - Passed away peacefully in her sleep on Saturday, March 3, 2012 at Toronto General Hospital, after a long struggle with breast cancer. A native of British Columbia where she lived for most of her life, she was the very model of the crusading citizen journalist.


“B.C. Mary,” as she was known, was a passionate writer and blogger who never stopped believing in, and fighting for, justice in her home province.
Mary is best known for her work in covering the “BC Legislature Raids,” a bribery and fraud scandal that rocked the province and generated huge public interest from 2003 to 2010. Mary’s blog, which she called “The Legislature Raids”, was considered by many, including rival journalists, to be the definitive reference source during the scandal and the trial that ensued.

Mary began her independent publishing career as a freelance writer for the Family Herald magazine and other periodicals in the 1950’s, while also raising two children and running a mountain cattle ranch with her then-husband Bernard Allan Mackie. She and Mackie also produced many books on log building, including Building with Logs, which is considered to be one of the best ever books on the subject. Together they founded the B. Allan Mackie School of Log Building and the Canadian Log Builders’ Association (now the International Log Builders Association).


Mary's passion for WWII history led to her own reprinting of Charles Comfort's memoir "Artist at War" and she spent a decade researching the role of Canadians in developing radar in the Dieppe raids. With the arrival of Internet, Mary was very quick to see its advantages and possibilities. She soon developed a lively network of followers interested in BC politics. When those followers suggested she ought to write a blog, Mary needed no further prompting.


Mary’s final years were spent with her family in Ontario, though she remained firmly connected to her home province of BC. Her cancer diagnosis came in March, 2010 . She met it, and the subsequent battle with the disease, with the same grace, strength and determination that had always characterized her journalism. Just 2 days after she died, she was recognized in the BC Legislature by MLA Leonard Krog with these words:


"I rise today to ask the House to pay its respects to the passing of one of British Columbia's most courageous citizen journalists, a woman who was a harsh critic of the B.C. government, particularly around the sale of B.C. Rail, and also critical of yours truly, in the role that I played in criticizing the government. She was a well-known blogger. A defender of democracy, she feared no power. I'd ask the House to pay its respect to the passing of B.C. Mary

The BC Mary we didn`t know, a history buff with a heart of gold...


BC Rail public inquiry to start in July 2013 is dedicated to Mary Mackie.. 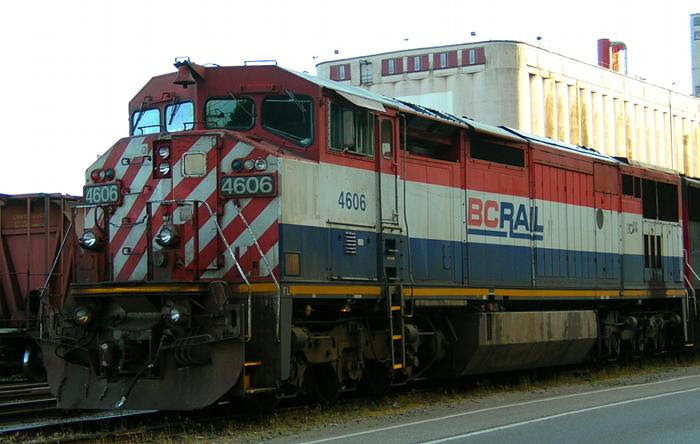 LEST WE FORGET.........I would like to personally thank all the brave men and woman veterans who sacrificed, risked life, lost limbs. and for those who never returned,....


Remembrance Day....Thanks Mary, I do indeed remember everything...