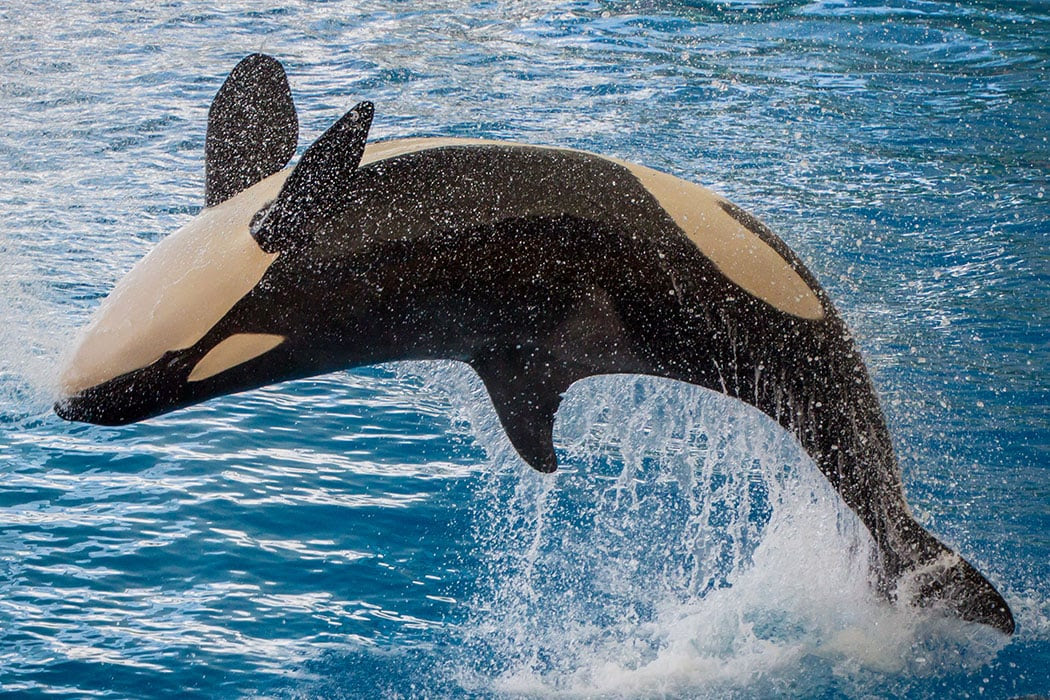 
Here we are, Monday February 4th,  coastal First Nations have announced that they can fight no more against Enbridge, legal fee funds have been exhausted, for the remaining hearing days scheduled in front of the Joint Review Panel coastal First Nations will present no more argument..So this means what, Stephen Harper won, Enbridge won, big oil won....

No, it means the day has finally arrived, the day where sane man says enough is enough, the court, this court, kangaroo at best but more often than not it was mere form, in body, in structure in scheduling. protocol was followed almost to the letter all through this mock stageplay, everything was there, door attendants, visual effects, graphs, charts, time limited speaker after time limited speaker, we had testimony, heresay and suppositions, we had spin, bluster and outright lies but there is one thing these Enbridge hearings never had, and that was realism, it never was legitimate, the process I mean..

Speaker after impassioned speaker, from the very aged to the very young, hundreds have poured their hearts and souls into wisdom and words, told lifestories and forewarned of the past, present and future weather extremes, they talked of generational sustainability of seafood bounties, of water, of pure clean river systems, of water, of water, of water without oil sheen..Generational recounts of salmon returning every year to nurture both man and forest, stories that come from within, open souls without money, without power or influence, voices carrying nothing but the untarnished weight of truth and resolve...

The Enbridge "public" Review Hearings ended some time ago for me, when dialogue becomes muzzled, when guards outnumber speakers, when Enbridge lawyer(s), employees and paid propaganda-ists are allowed a powerful front seat position while the public, while the masses are re-directed miles away, a now public hearing turned into a secret pre-determined outcome star chamber..

When the public was shut out of the hearings any legitimacy they had all but vanished, even before First Nations bowed out, even before the public was shut out, fairness, law, rules and predetermined outcomes were mandated against us by a totalitarian, Stephen Harper granted himself all over-encompassing authority to approve any pipeline regardless of any review panel`s findings..Joe Oliver calling concerned people, calling seniors and students, calling First Nations, environmentalists, nature lovers, calling charities, scientists, biologists, calling most British Columbians "Terrorists, NIMBY`s'," calling us conned and controlled by environmental groups like Tides Canada, Greenpeace, Eco-Justice, Joe Oliver and Stephen Harper told all us in British Columbia to Shut The Fluck Up and get out of his way as big Chinese oil Governments and corporate spinners spent the house`s money to bend, distort and divide us..

Enbridge has been described as Keystone cops, a poor company record, a company that intimidates and litigates communities into submission..Dilbit in water can`t be cleaned up, pipeline shut-off valves can`t stop the hammer affect, when pipes break or split open you can`t stop the momentum of moving oil, hundreds of thousands of barrels will spill, and they want to cross 800 BC rivers and streams, a major tanker spill will destroy sustainable generational lifestyles and commerce for hundreds of thousands of British Columbians

It isn`t about domestic supply or a national energy strategy, Eastern Canada imports nearly 1 Million barrels of oil from foreign countries every single day, Harper and Enbridge could care less, wouldn`t a real prime minister make Canada self-sufficient first, why not fill that domestic void first, a guaranteed million barrel per day market within Canada beckons while BC is threatened by a denier.

Hecate strait and Douglas channel, 3rd most dangerous waterway in the world, hurricane force storms happen many times per year and Enbridge washes it`s hands of any marine liability, the company has limited inland liability too..

Their notorious Kalamazoo river spill in Michigan is over $1 billion in clean up costs and..It ain`t cleaned up, there is a 1000 reasons not to build a toxic dirty dilbit pipeline through a pristine one of a kind temperate rain forest, all 1000 plus reasons have been presented to the Joint Review Panel by Canadian voices

There has been more than enough information provided to end these hearings, the fact that we are still talking about and the hearings continue proves how flawed the process is, in court, in law, in a world of natural justice how many times must we beat Enbridge down to the mat to win, how many times must Enbridge get caught lying, bribing, cheating, intimidating, how much money must Enbridge spend on propaganda to buy even a scant fraction of support, how many times must this environmental abuser and destroyer of wildlife Enbridge corporation be beaten back..

No, these hearings are over, Stephen Harper will attempt to ram this project through with his own personal royal assent, it won`t matter, this will go to our supreme courts, they will decide..These justices will have much to ponder, will they choose to turn down Harper`s economic national good argument, will a court go against a voter mandated and fresh to power BC NDP Government who are staunchly opposed to Enbridge, will those Justices go against 80% of all British Columbia`s populous opposed to Gateway, will a supreme court rule against BC First Nations who are not bound by treaty, will a supreme court justice distinguish the difference between consultation and accommodation, if one can`t be accommodated then isn`t consultation a moot point..

Will a Supreme court magistrate make a ruling that will spawn violence in our forest, a war in the woods decision, for when Enbridge and Stephen Harper take away legitimacy and Democracy, when corporate agenda trumps common sense, when spin, lies and bluster stomp on people`s future, poison one`s water and pollute our food source not only is war in the woods possible it`s expected, and justified..

Enbridge and pipeline trials will wind their way through our Supreme court hallways, selected justices will have much to consider...To appease a corporate monster or start a Canadian Civil War..

We have options , war of the woods yes, revolution yes, or work
for the independent country of BC.

I will gladly sacrifice my life for all of the above, let Canada start
at the Alberta border, our own constitution and charter of rights
where first nation treaties are recognized going back to the
douglas treaties.

For sixty years federal taxes collected went east but only one
third invested back in BC. WE can have an internal economy
instead of a corporate welfare state.

Equality for women , seniors pensions tied to real inflation ,
health care not funded via house lottery ,where grads leave
higher education to go to low wage jobs and massive dept
leading to another lost generation , where the eco system
is first,where ceo`s go to prison when found guilty instead
of paying million dollar fines which just part of the bottom line.

I could go on forever but will not. My father fought fascism,my uncle the communist in Korea and now Canada
has its own Communist puppet in Harper , but I am full of
hope no matter what destiny has store for us.

These NEB hearings are a total sham and the more people ignore them the better.
I wish no-one had shown up to speak since day one for all this does is give a false legitimacy to something that is totally bogus.
A panel of three Harper cronies and hundreds of thousands if not millions opposed are suposed to plead to them to consider their words, how whacko is that? Who cares what this panel decides or thinks for that matter, I sure don't!
All of it, the hearings, the decisions, the outcome only matters if we acknowledge that it matters. Simply put it doesn't and people need to realize this.
If no-one gave them the time of day where would they be?
None should have spent one dime of their money as surely it could have been better spent elswhere, maybe for the fight in the woods!

We know about BC's judicial system since, Campbell's theft and corrupt sale of our BCR trial.

Harper was Policy Chief for his, Northern Foundation Party of 1989. That's where his abusive dictatorship comes from.

The Campbell/Clark BC Liberals also work for Harper. Both party's are one and the same. Both lie and cheat to win elections.

I mentioned a very long time ago, to get the hell out of Harper's Canada. This country isn't Canada anymore anyhow.

To Hi, Grant: I like your message, but we must first start treating ALL Canadians equally, including FN. Tell Alberta they can ship their dirty oil to the US via Keystone, but not to the West Coast. Americans are a greedy oil bunch.
Before we go rogue, we MUST also deal with our Christy Clark maasive debt.
And one more thing...Alberta can have Coleman. More suited there with his childish mentality.

Adn this from last year. We certainly have learned what China is up to just recently and the "temporary" (14 years I believe) foreign workers.
http://thetyee.ca/Blogs/TheHook/Labour-Industry/2012/03/29/petrochina-northern-gateway-bid/

Being a citizen of BC/ Canada feels a lot like being a teenager in a very dysfunctional family right now. You KNOW both guardians are full of $h!t as the feeling of helplessness rises and adrenaline rushes to your raging emotional epicentre!

Meanwhile the rest of 'the family' is in apparent agreement with these out of touch authority figures.

The insanity makes one want to lash out against the blindness and insensitivity of these "leaders" and the scream at the foolish sheep that follow.

And like a family, we cannot just vote the crazies out. The problems run too deep.

^I agree David, there is a desperate need for some adult supervision. Too bad we're losing J Doyle.

This is an article on the same topic as the one I posted above:

Quote:
"For example, companies would only have to cover a maximum of $40 million in damages in case of an offshore spill in the Arctic, or $30 million in the Atlantic Ocean – liabilities that have not changed in a quarter of a century and are far lower than other countries. The cleanup of the 2010 spill in the Gulf of Mexico cost $40 billion U.S."

Wow Grant, I was reading our local rag and I`ll be damned, there was a article from you, Fantastic!!

Thanks for the link and to all you other commentators. We need to keep spreading the word!

I'm part way thru Andrew Nikiforuk's book "Tar Sands ... " The article you posted reads just like many of the quotes regarding the 'regulatory oversight' that the province of Alberta and CDN gov provides. We live within a hollow vessel that used to be known as Canada... and there is no life jacket, paddle, fresh water or rations aboard.

Thanks to you Grant for the work you do on this site.

"In an unusual step, the EAO also identified project “show stoppers” which included sedimentation risks associated with lake drawdown* and fish habitat losses that “exceed those typically allowed by regulatory agencies.” The EAO also described the proposed level of lake drawdown as “not mitigable”."

This is about the Narrows Inlet IPP, now on hold. I blow a fricken gasket everytime I turn on the computer.