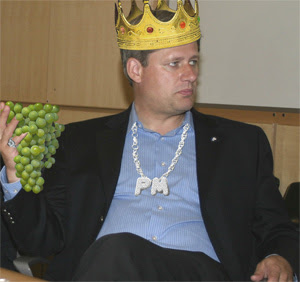 There he is, our national disgrace, the treasonous Stephen Harper..


In a blatant move, two months ahead of time, the Harper mandated closure of the lifesaving Kits coast guard base...

Two months before we THOUGHT Stephen Treason Harper was going to close a lifesaving coast guard base, against our will, against common sense, with BC`s elected Federal Conservative MP`s running away, hiding, cowering like gutless losers, spineless jellyfish, Conservative MPs who will be unemployed as of 2015, with help from BC`s electorate...

Stephen the freak Harper thought he would use BC`s budget day to make his sick-in-the-head move to close Kits coast guard base, Harper thought he could avoid bad press by doing it today, hoping no one in BC would notice..

You stupid asses in Ottawa are so out of touch with British Columbia!

" The Canadian Coast Guard confirms all operations at the Kitsilano station have been discontinued."

Hey John Weston, you gutless coward, ...Who do represent John?

Wai Young, do you not care about saving lives?

Mark Warawa, you sure you aren`t crying wah..wah...wah, after Harper dressed you down?

Mark Stralh, I think your last name is in error...Mark straw for brains is more appropriate..

Andrew Saxton, where have you been, how`s skiing and hot-tubbing

James Moore, really, I think your name should be James the Harper Whore Moore!

James Lunney, for someone representing a Port city, Port Alberni, you really are  looney!

Randy Kamp, you are not worthy, period, just another neutered drone.

Nina Grewal, how many pairs of dark sunglasses do you own, a pair for everyday of the week, how many wigs and hats and Halloween masks do you use to avoid the media, or are you just a rock star, eeerr, I mean how many rocks do you hide under..

Ed Fast, or should we call fast to run away and hide Eddy?

John Duncan, a moral disgrace, are you related to Stephen Treason Harper?

And the same for the rest of you gutless Federal Conservative pigs..

When someone dies, not if but when I hope you will attend the family funerals, and the coroners inquest..And the criminal trials launched against Stephen Harper..

(P.S....The question period from our legislature today was also priceless..