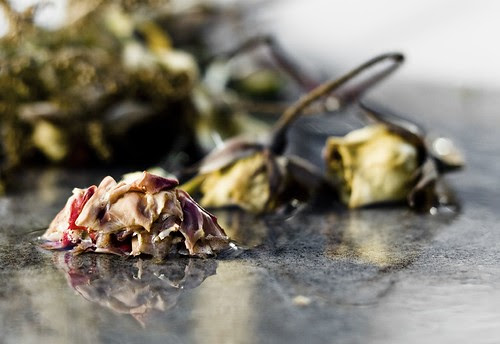 The question of Stephen Harper’s sanity is before Canadians again.
Insistently.

A psychopath, characteristically, is someone who is morally dead, a habitual liar, a ‘control freak’ who will use any deceit to achieve his or her ends while, fully consciously, masquerading to appear ‘normal’… and honest.

The Saskatchewan scandal involves an attempt to misinform Saskatchewan voters (and all other Canadians). It is intended, I believe, to violate the integrity of an independent electoral commission, to impose a fraudulent outcome in the re-drawing of electoral boundaries, and to destroy the right of Canadians to free and fair democratic elections - on the road to creating a Harper-managed despotism in Canada.

First, remember the Harper organization admitted guilt to a highly-organized electoral violation in the 2006 election involving 68 constituencies. It admitted guilt, and paid a fine, after denying the charges for five years.

The Harper organization is alleged to have launched a huge Robocall attack on fair election practices in the 2011 election. That scandal is still under investigation by Elections Canada.

The organization is alleged to have intervened with illicit Robocall attacks in the recent Alberta (2012) election on behalf of the Far Right Wild Rose party.

Where, you might ask, does such activity come from?  I suggest it comes directly from – and under the supervision of – Stephen Harper.  Remember the U.S. immigrant who helped shape Stephen Harper’s rise to power, and who was a national campaign manager for Harper – Tom Flanagan?

For apparently offending Stephen Harper, Tom Flanagan has been cut out of the inner circle.  Nevertheless, he reports the “control freak” quality of Stephen Harper.  What he calls “a [permanent] campaign manager” is always on the job …”reporting directly to the Conservative leader ”[Stephen Harper], “not to a committee”. [Hill Times, Sept 10, p.1,19]

In addition, ex-Tory staffer Michael Sona points to major, centralized planning of fraud. (Sona seems to have been thrown to the wolves in a cover-up of the fraudulent 2011 election Robocall  scandal revealed in Guelph, Ontario.) Referring to the Saskatchewan scandal, Michael Sona (CTV, Feb 10) said “everything is centralized at headquarters….  I don’t find that”[the Harperite claim of an error in internal communication] “a very credible excuse”.

The CTV story adds that “the same company implicated in the [2011] election robocalls scandal, Edmonton-based RackNine Inc., has been linked to the situation in Saskatchewan”.

The observations by once-loyal Harperites suggest that what I call the campaign to destroy fair elections in Canada is led, directed, and overseen by Stephen Harper himself.

Keep in mind the present situation of the Conservative Party of Canada. Canadians are becoming used to talking parrots, mindless responders among all Harperite spokespeople.  As Susan Riley remarked in a recent Hill Times column, an honest, independent Harperite MP cannot be found in Parliament.  They are all programmed puppets.

That points to a serious problem in Canada.  Psychopath-directed government in Canada means that ANY media interview, ANY government statement by ANY cabinet minister, MP, or spokesperson, including Stephen Harper himself – will be used to mislead, deceive, manipulate, and/or otherwise misinform Canadians.

The present Saskatchewan case is, I believe, a major, concerted effort of planning – from the prime minister down – to destroy the work of the a non-partisan electoral boundary commission.

The attack, I believe, began with (apparent) complete innocence in the Procedure and House Affairs Committee.  There, Harperite MP Tom Lukiwski (Regina-Lumsden Lake Centre, Saskatchewan) questioned the work of the commission, making what were probably empty quibbles of the kind that can be surfaced in any electoral boundary change.

Lukiwski suggests they might arrange “hearing objections to the commission’s findings” in the Procedure and House Affairs Committee.  He goes on: “I don’t want to say we’re going to interfere with an arms length commission….” [Hill Times, Jan 28, p. 23]

Then – we know without question – the Conservative majority acted, with apparent subterfuge (and possibly with fraudulent intent), “to interfere with an arms length commission”.

A pattern of what might be supposed to be calculated fraud is clear.

Investigating journalists at the Ottawa Citizen, Glen McGregor and Stephen Maher, set about to find out who was sending an unidentified (illicit) politically partisan “poll” to people in Saskatchewan about their electoral boundaries.

Tom Lukiwski said, of course, that no Saskatchewan MPs were “responsible for the calls”. Of course.

Conservative party spokesman Fred Delorey denied the party was involved at all! Then, as evidence to the contrary grew, Delorey admitted the Harperite Tories made the calls.

Asked if his voice-broadcasting companies RackNine [of the 2011 Robocall Election Scandal] and 2call.ca were involved in the Saskatchewan call scandal, Matt Meier, president of RackNine replied: “Thanks for thinking of me, but your fascination is unwarranted.”

As evidence grew, the line sending the Saskatchewan “poll” call was identified as “Chase Research”. Forensic audio expert Ed Primeau said he is “95-per-cent-certain” that “[Matt] Meier recorded the outgoing messages used by the mysterious Chase Research”. Chase Research is connected to RackNine Inc. What does Matt Meier’s statement about “unwarranted” questioning of his participation indicate?  Guess.

And then coincidence became distinctly uncoincidental.  In a spray of language that many Canadians will believe was a Stephen Harper attempt to misinform, mislead, and manipulate, Harper told the House of Commons that his party did nothing wrong.  He said it simply echoed the majority view in Saskatchewan where 75% who submitted opinions to the independent commission were opposed to the proposed changes.

Justice Ron Mills, commission member, denied Harper’s statement, saying “When you start looking at the [submitted opinion] numbers … it’s a mug’s game”.  He went on – as did the commission’s majority report – to point to bias and to [Conservative] MP-encouraged submissions.

The non-coincidence grows.  The 75% figure is obviously a farce.  Nonetheless, independently, Agriculture minister Gerry Ritz said on February 7 that “three quarters of the people of Saskatchewan are upset with the way the maps are drawn.” Ritz tortured the dubious statistic into being the opinion of people all across Saskatchewan -  engaging in patently unfounded nonsense.

Fred Delorey, Conservative party spokesman, admitted the party called for the phone messages.  In his news release Delorey also wrote that the commission’s proposed changes are “opposed by 75% of the public”.  A [planned?] use and repetition of the patently unfounded nonsense?

Non-coincidence.  Follow the dots.  Independently, at different times, Stephen Harper, Fred Delorey, and Gerry Ritz all promulgate what is essentially “disinformation”.  Some would call it the spreading of a lie, or misinformation, or intended distortion, or working together to create a falsehood.

(1) The process – however it may end – serves to call into question fair, impartial electoral boundary setting – on behalf of Harperite boundary-setting by bullying and deception.

(2) The scandal (including the Robocalls) appears to have been a very shady Conservative party-wide activity organized, put in place, and actively supported by Stephen Harper.

(3) Harperite MPs and staffers seem to have been organized and primed to spread the 75% fiction and try to make it “accepted truth”.

(4) Stephen Harper – when against the wall for apparently fraudulent party activity – brought forward the 75% fabrication in order, it seems, to continue the work of destroying a legitimate electoral boundaries commission.

(5) The Saskatchewan electoral boundaries scandal is one part, I believe, of a psychopath-driven attempt by the Stephen Harper cabal to destroy free and fair elections and democratic society in Canada.

There are people in Canada who continue to believe Stephen Harper is not a psychopath.  I am not one of those people.

You stated:" They are all programmed puppets." That comment must be placed before all parties.
MP's and MLA's must be allowed to state their opposing opinion. Especially if it is a majority opinion of their constituents. Governments should not fall just because elected officials tow a different line. It cannot be hard to fix. After all, the Americans have done it their way for 300 years.
It would be cheaper to buy a puppet at a dollar store than to elect one. And just as useful as well.

I'm forwarding this to my MP Randy Kamp.I want him to know we're on to them big time!