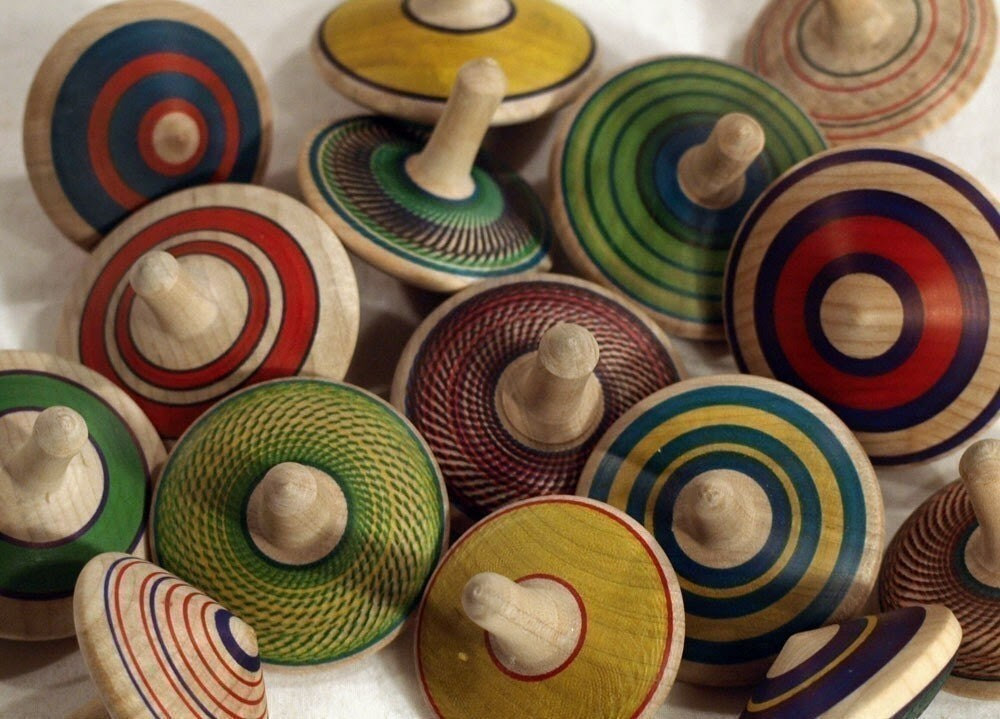 BC Liberal front groups posing as  grassroots/joe public organizations, posing as concerned citizens when nothing could be further from the truth..

Do any of you know the Jim Shepard, the money behind CC4BC, the group running all those attack ads against Adrian Dix has his fingerprints all over the BC Rail crimes, it`s true..Jim Shepard is not grassroots, he`s a corporate shill who backed Gordon Campbell too, Jim Shepard is a $millionaire, a 1% rich-man, a man who was on BC Rail`s Board of Directors, everyone knows Gordon Campbell gave it away to his election campaign manager and chief fundraiser and CEO of CN rail David  Maclean, with full complicit help from Jim Shepard..

As Norman Farrell notes in the below link...

JIM SHEPARD IS A FORGER

Jim Shepard is not grass roots, he`s a paid BC Liberal shill, a forger, and more,

Jim Shepard has many skeletons of his own...Too many to list all of them here.

These so-called citizen front groups are appearing left, right and center as we approach our provincial election, there is another fake-group posing as concerned citizens called P.I.E, these shills are trying to create a US versus the evil BCTF union, a wedge issue being created by fake citizens, shills pretending to be real, when nothing could be further from the truth..they pretend to be concerned about children`s education but their only solution is to bust the BCTF and slash all the teacher`s wages..

P.I.E is a scam, check out the details here, particularly the comments..

And the media are complicit, any fake grassroots organization that promotes the BC Liberals or the unelected unqualified premier designate Christy Clark is given air time on TV and radio, a perfect example of this is a blog called...

Diamond Isinger has gathered some nasty remarks towards female premiers(elected or not) and highlighted them, these nasty remarks made through the anonymity of comment threads and twitter, she has attempted to out those who made inappropriate comments, this new blog site which defends Christy Clark, which claims Christy Clark is being treated unfairly, claims a man would never be treated that way...

Wrong Diamond girl, not only have male leaders been subject to verbal abuse and slag, far more male leaders get lambasted then female..

An insult is an insult, Glen Clark was chastised in the media, Chretian, Justin Trudeau, Pieere Trudeau, Ralph Klein, Michael Ignatief, Danny Williams, all those leaders have been blasted and insulted, fairly or unfairly..And truth be told, social media and internet popularity has not been around for decades, really it`s only the last few years that these communications existed,..

So how is it the very thin on material being presented on the Madame Premier blog was highlighted on Friday February 15th on Bill Good`s CKNW radio show, and on the same night Global news hour promoted this site too...Come on, there is nothing there, low-budget, poorly written and devoid of pertinent facts, facts like...

Like how Christy Clark likes the pathetic show Manswers, she admitted as much on air, a show about farting in a bottle and saving it for later or how large do breasts need to be to crush beer cans, and more, Christy Clark appeared on 99.3 the Fox, a rock n roll station where Christy Clark talked gutter-trash, Christy Clark talked as if she was sitting with other girls watching naked men strip at a Chippendale show, her language was so un-premier like, here are the excerpts from that actual radio interview(courtesy Ross K and Laila Yuile, two real professional bloggers)..
_____

See if you can pick out the stuff where Ms. Clark is 'shocked' and/or 'surprised'.

Because, I'm telling you, I sure as heckfire cannot.

In fact, it is my opinion that it is the mandateless Premier herself that makes the most 'shocking' and inappropriate (not to mention 'surprising') statements.

Jeff O'Neil: Is it nicer to be in this studio than (that of CKNW's) Bill Good's?

JO: Is security outside, by the way?

CC: I'm not telling. You could have a gun aimed at your head...Even as we speak.

(After a whole lot of discussion about Ms. Clark's appearance and wardrobe choice for that day which she, in her own words, describes as 'kind of a Dianne Watts look'...)

'Scotty': What did you do last night for fun?

CC: (Preamble about having to get to bed early so she could get up to take her son to hockey practice in the morning)....I watched half of the first show of 'Game of Thrones'.

JO: You're just starting it now?

CC: Well, ya. I read all the books! Somebody gave me one of the books, like, three years ago. And I started reading it last year. And then I couldn't stop. I had to get to the...

Scotty: There's a lot of nudity in it.

'Karen': That's why people love it so much.

CC: Do you guys...(yelling over laughter)....Do you guys still have him (Mr. Skin) on on Thursdays? I can't listen on Thursdays 'cause (my son) could be in the car...

JO: When you're bored at the legislature next year, maybe you can check out 'Mr. Skin dot com'.

'Scotty': Christy, when was the last time you played strip, third person (unintelligible)....?

CC and other jocks: Laughter

Scotty: In the....'cause I know you still (unintelligible)...from the legislature...

CC: Yes. That's what we do. That's why the legislature isn't sitting this fall. (Yelling now)...I just got so tired of seeing my colleagues in the nude.

Not one mention of Christy Clark saying those nasty inappropriate things on air, in other words Christy Clark brought on both the MILFGATE and Richard Branson offer by her own design, her own sexualizing of everything, why was all that left out Diamond Isinger?..Why indeed..

Christy Clark cheating on elections is never mentioned in the media, a cheater and quitter..

Diamond girl doesn`t mention how vindictive Chrity Clark became when she was forced by the CBSC to retract on air for telling falsehoods..

Which included revenge against the messenger..

Now where was I, this post isn`t about any of the above stuff, the groan speech, everyone of standing has weighed in, it`s an historic flop, an-overreach of epic proportions, The $trillion dollar LNG Prosperity pipe dream....Who can the BC Liberals go to, who will Christy Clark use to sell this bullshit, who can Christy Clark rely on to defend this Tall Tale...

Well, no other than Sean Leslie, whose wife works for the BC Government in Public Affairs, no conflict there eh Sean?...

On Saturday, February16/2013...3:30 pm to 4:00pm , Sean Leslie brought in 2, count-em 2 what he described as LNG experts, these clowns were not experts, they were corporate marketers, corporate spinners and strategy advisers, LNG was not their expertise..one man was from Deloitte, the other from CDS...These are accounting, audit, corporate strategy and marketing outfits, they don`t drill, ship, pump, freeze, pipe or sell or have anything to do with LNG or natural gas, for Sean Leslie to describe these two individuals as LNG experts was laughable..and guess what, their performance on that segment with Sean Leslie was pathetic, weak, doubting, if these are experts the LNG industry in BC is in big trouble, bigger than even I imagined....

As you know, I have written many stories on natural gas and LNG, fianally some of the mainstream, and not so mainstream media are catching up...Case in point..First off, the viral story written by me over 1 year ago..

And from the Straight Goods a little more recently.

Even out of province, from the Calgary Herald. Stephen Ewart..

I`m glad these people have woken up, better late than never..

Now where was I, this post isn`t about any of the above stuff, guess what, budget day is coming this Tuesday, February 19th/2013..

Something stinks, Tim Oneill is an individual, nothing is being put at risk but his own personal reputation, something bankers don`t have..For the price of $25,000 dollars Tim Oneill is about to become a spinning Top..

For shame..For when a Government has to pay $25,000 K to a private citizen to get an endorsement on projected revenue sources, and to have this private citizen spotlighted a day ahead of time, a day before the budget is even presented to the public, to spin and twist, to me, this makes the media budget embargo moot, it makes the Parliamentary rules of British Columbia moot, it makes morality moot, not that legislatives rules or any rules have ever been followed by this BC Liberal Gang.

And by the way, $3 millions dollars has been budgeted to promote the BC Liberal budget, get ready for an advertising blitz starting Tuesday, running through to mid April..

P.S. ...I don`t agree with calling people names like slut, ugly, retard, but as for calling Christy Clark or Rich Coleman and many other BC Liberals, calling them names like "bitch, bastard, corrupt, stupid, liar"..Those names are fair game, and the BC Liberals deserve to be called out and called those names, the harm they have done to this province, their actions have cost many lives, many many lives, suicides, needless deaths, hospital deaths from germ-filled hospitals..

Maybe one day those names can be eliminated, but until the corruption and cronyism depart our Governments for good, until that day those names will be used, deservingly so..

And Grant, we mustn't forget this "charitable" organization: