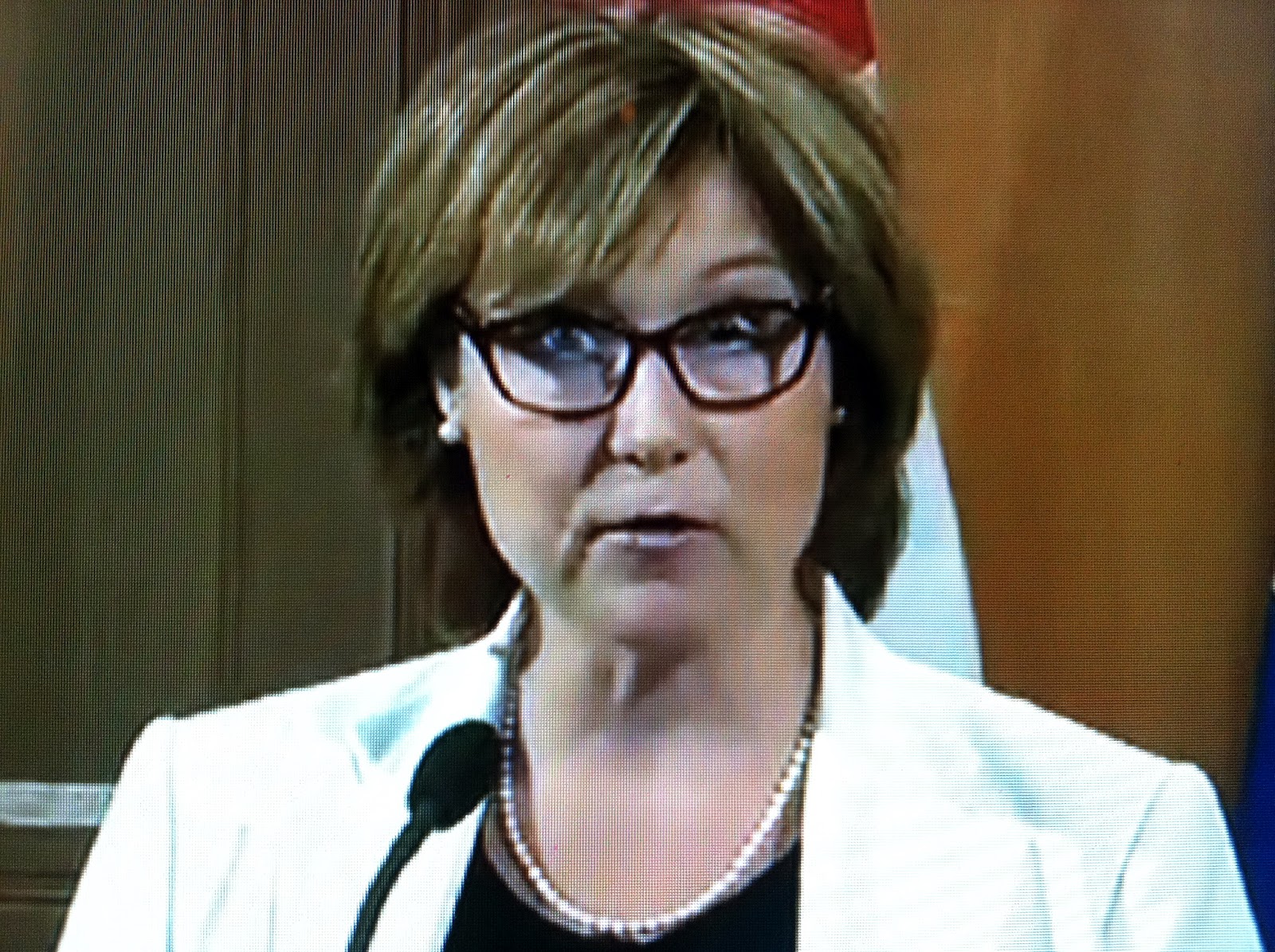 Thanks to a very astute reader and undisputed king of retrieving documents and files....

Here is that article referenced yesterday in my post in its entirety, also, I was wrong on the publication date, it was not March 15th 2012...publication date in The Vancouver Sun was..

A winning game plan for Clark


Bill Bennett moved the Social Credit party back to the centre, supporting environmental issues (preserving the Skagit Valley, for example) and promising funding for independent schools. While it was the perceived deceit over the harmonized sales tax that brought him down, he was rap-idly losing conservative support by moving the party to the left, supporting the carbon tax and first nations settlements. Legislate the end to the current public sector pension plan for MLAs and staff, and create a new plan, based on a private-sector model, for new hires and newly elected.

Analyze the latest polls, and you can predict a 75-per-cent chance that the New Democrats will form the next provincial government. It is not 100-per-cent because there are 16 months until the next election - plenty of time for change.

The centre-right coalition that has governed B.C. for 50 of the past 63 years is broken, with 30 per cent of the support going Liberal and 20 per cent Conservative. The NDP is at 42 per cent. The math is simple.

This is not the first time the centre-right coalition has broken; it also happened in 1972.

Social Credit had moved too far right for the 1970s, and the Liberals won enough votes to bring in Dave Barrett and the New Democrats.

Bill Bennett moved the Social Credit party back to the centre, supporting environmental issues (preserving the Skagit Valley, for example) and promising funding for independent schools. Liberals crossed the floor and the coalition reformed, and they won in 1975.

In 1991, the right split over Bill Vander Zalm's personal social campaign. This left a vacuum in the centre, and Gordon Wilson's Liberals filled it. The NDP under Mike Harcourt won.

Then Gordon Campbell pushed Wilson out as Liberal leader, but kept the party in the centre. Enough conservatives voted Reform to split the vote, and the New Democrats, by this time under Glen Clark, won again in 1996. After losing, Campbell moved right by promoting a referendum on first nations. He won in 2001, and the centre-right has governed ever since.

1. The Campbell legacy will not go away. While it was the perceived deceit over the harmonized sales tax that brought him down, he was rap-idly losing conservative support by moving the party to the left, supporting the carbon tax and first nations settlements. The tax fiasco proved the last straw for conservative anti-tax voters.

2. Clark's agenda items, families and jobs, are not wedge issues. Elections are about choice, and NDP leader Adrian Dix is not going to come out against families or jobs. The premier is taking a federal Liberal "big government" gamble that she can widen the middle ground, by gaining support further to the left.

Dix has solidified the centre-left; there is no room there for Clark.

3. Clark's biggest challenge does not lie on the left, it lies on her right.

She is a well-known federal Liberal, and the federal Conservatives are wary of her. There is great suspicion in Ottawa about her loyalties, and also among Conservatives in B.C.

A right-wing former member of Parliament, John Cummins, has added credibility to the provincial Conservative party. Worse, Clark has given Cummins time to organize and raise money.

Can Clark rebuild the centre-right coalition?

The answer is yes. There are three reasons.

1. She is a great communicator. 2. The spotlight has not shone on Cummins, and some of his views, on homosexuality and first nations, appear under close scrutiny to be too extreme right-wing.

3. Dix has past issues and strong ideologies that are also not representative of the majority of British Columbians, and these also have not been widely discussed. More power to Dix's charm offensive - his strategy is working.

What are Clark's options? 1. Continue down the path she is on. That is a sure path to opposition.

2. Go to Cummins and form a coalition. With the egos involved, that is unlikely.

What are examples of policy options that lend themselves to rebuilding the coalition?

1. The Enbridge Northern Gateway pipeline. Demand Alberta share the revenue from the pipeline between the oilsands and Kitimat as a condition for B.C.'s support. As proposed, Alberta would gain all the benefits, while B.C. takes all the risk. Royalty splitting would have B.C. dedicate its share towards safety, first nations and com-munities in the north. The NDP will have to oppose, or split their party.

2. Legislate a two-year tax freeze on the province and municipalities. The NDP can announce targeted tax increases all it wants.

3. Legislate to end the teachers' dispute. Stand on the side of students and parents, let the NDP stand with the teachers' union.

4. Legislate the end to the current public sector pension plan for MLAs and staff, and create a new plan, based on a private-sector model, for new hires and newly elected.

5. Terminate all bonuses for senior executives in the entire public sector. This analysis points a clear direction for Clark to remain in power. Move to the right; provide voters with a choice, through aggressive, controversial policy and legislative action - basically, attracting Conservatives back to the centre-right coalition. None of these ideas is so right-wing as to lose the centre.

Clark could win again, but bold action is required.

Just in from another reader and contributor..

Bob Plecas`s advice to Christy Clark to "Legislate teachers back to work" couldn`t work unless the teachers actually went on full-strike..

A full strike would have put 100,000`s of thousands of children on streets, would have had parents scrambling for daycare and would have literally yanked $millions of dollars out of parents wallets to pay for said daycare..

Cheers Eyes Wide Open
Posted by Grant G at 9:18 AM

Main Idea: People to get less and pay a whole lot more.

As a result of:

-massively inflated contracts to buy back power from IPP handed out to cronies.

-70 mills closed and 30,000 forestry jobs lost, as an increasing amount of raw wood goes onto boats for points elsewhere where they have the good sense to add value to their economies while we strip our resources bare.

-profitable BC Rail sold to cronies

-huge debenture taken on by BC Ferries