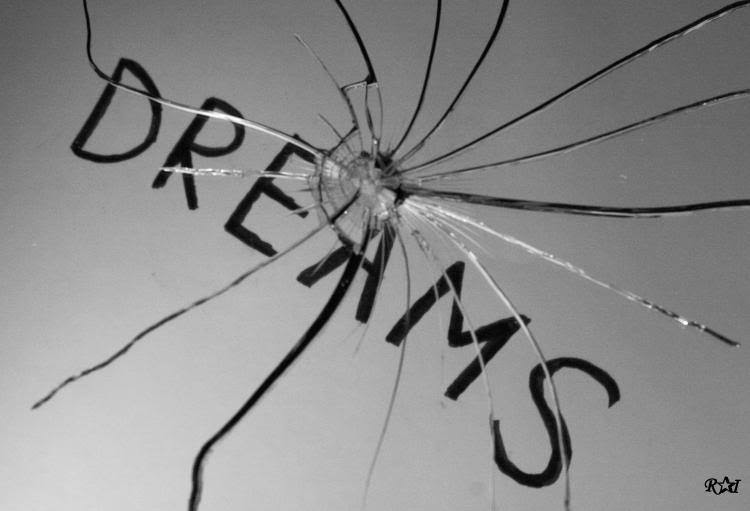 We were told by Christy Clark and the BC Liberals that LNG would be our financial savior, LNG revenues will retire the debt, pay-off crown debt, eliminate tolls and our provincial sales tax plus at least $100 billion dollars in a prosperity fund for future generations..

There is nothing going on in the LNG game, I receive newsletters from several LNG online journals, the fizz has left the bottle, this Ponzi scheme and investor led frenzy has gone out with the tide..

There still is not one final investment decision from any energy company to build anything in British Columbia, and there won`t be any decisions made this year, thus putting off any LNG revenue(if at all) until well-after 2020..

I can safely say that because....

Remember Rich Coleman blathering about how we are in a race with other countries, how the window of opportunity is closing, Rich Coleman has gone to ground, become bored with the file, bloated Coleman has literally run out of hot air, now today Mike De Jong has picked up the flickering LNG torch, flickering, sputtering and spent LNG torch..

As you recall last summer, Chrisy Clark and Rich Coleman were blathering about the urgency of tabling a new LNG tax and framework so energy companies could have certainty, Rich Coleman promised to release those LNG taxation details last November(November 2013) and that the final draft would be presented no later then early in the 2014 spring session at our provincial legislature..

What happened?...No details in November 2013, no final investment decisions and announced today by Mike De Jong there will be no LNG taxation details, no framework no nothing presented at or during the spring session at the legislature..

I will give you some direct Mike De Jong quotes shortly, however, De Jong attempts to paint a picture, De Jong claims a taxation framework will give energy companies surety, that may be true, so why the delay?...Why would any energy company announce a final investment decision when the taxation question is still in the air, ....???

Think about it, every pre-election question or inquiry to Christy Clark on BC`s debt, hospital funding, school funding, every question asked of Christy Clark was answered with blather about a $trillion dollar LNG industry...

So why would anything take priority over presenting a LNG taxation scheme in the spring session of the legislature...That should be priority..

However, I read everything LNG, every new story on LNG builds, deals, buy-outs and proposals from around the world and believe me, LNG is presently dead for any new ambitious expansions...Only those projects(dozens around the world) already started are proceeding, nothing new or big is being considered, ....There are many factors, the biggest reason is Japan restarting their nuclear facilities the second is the major economic slump so-called third world countries are in..China is pulling back big-time, all economic indicators paint a very gloomy picture going forward for Chine, at least 5 years of pull-back..

So here`s the deal, Mike De Jong using fluffy non-committal language has declared there will be NO LNG taxation framework presented in the people`s house this spring...And De Jong then uses more wiggle room words suggesting there will be a fall session of the legislature and there and then LNG taxation scheme will be presented...Ah, but that`s not true, there will be no fall session, it will once again be cancelled by Christy Clark thus delaying any LNG framework until 2015 at the earliest..

It`s now only about the stall for the BC Liberals, stall until Fall, no fall session, go into hiding and stall until the spring of 2015, ....And when 2015 comes, and goes Christy Clark`s LNG fantasy will slowly fade from out media`s memory.....

"My expectation is we`ll see the legislation around in the fall".....Mike de Jong said..

"One of the issues I`m working on and making a final decision around is the extent to which we lay out as part of the budgetary process the construct on an LNG regime, we want the public and proponents to know the general framework for that"....Mike De Jong, February 5th/2014

What a load of Mike De Dung that is, what happened to the minister of hot air Rich Coleman??

Do you see that, De Dung used the word..."expectation"...He left himself, left Christy Clark another 8 month stall staring this fall..

What happened to Christy Clark`s assertions..."We are in a race with other countries....The window of opportunity is closing"

Law suits, court challenges, wheelchair fees, cancelled ferry sailings, booze booze everywhere booze and gambling on every street corner and even on ferries, this BC Liberal Government is so desperate, broke and in denial, digging digging digging and still digging a massive fiscal hole, wasting time on LNG..It ain`t happening for a long long time, if ever...

China has under construction dozens of nuclear plants.....Russia is piping natural gas directly into most of China and Japan is turning away from LNG ...


"Power companies have reason to hurry. They need to restart nuclear power plants to reduce the massive cost of imported fuel for increased thermal power generation, which has been making up for the shutdown of nuclear plants.

The Abe administration, which now calls nuclear power an “important baseload power source” for the nation’s energy supply stability, says it is ready to reactivate reactors that have passed the NRA’s examination once the consent of local authorities hosting the power plants is obtained.


These BC Liberals are liars and con artists....

Rich Coleman stated on Vaughn Palmer`s voice of BC last fall that negotiations with energy companies was done and over and LNG taxation/framework was virtually complete...Coleman stated last fall..

"We have found the sweet spot on LNG taxation"

IAN BAILEY AND JUSTINE HUNTER
VANCOUVER and VICTORIA — The Globe and Mail
We’re very close to that sweet spot, and we’re very close to having a situation where we can announce what it is. We think that will come some time in November,” said Mr. Coleman, the Minister for Natural Gas Development.
The deputy premier’s comments were made the day after Malaysia’s state-owned energy company, Petronas, said it was going to spend $36-billion over three decades on LNG projects in B.C., including an export plant and pipeline.

Mr. Coleman said the province has been talking to the LNG industry on a detailed, confidential basis to reach an agreement that will please industry and the B.C. government, which hopes an export tax could generate at least $100-billion over 30 years for a prosperity fund.

Whatever the province decides will be locked down in legislation so companies know their investment is secure, he said.

“It’s really about the certainty.”

He said he met in Victoria a few months ago with the CEO and comptroller of Petronas. “They wanted to know there would be some vehicle that said somebody was not going to change the rules of the game after they started to spend billions of dollars. We’ll do that because we’ll do the legislation on the tax piece.”
Mr. Coleman said he expected that the earliest gas might be flowing from some of the province’s LNG prospects is 2017 or 2018. The B.C. government has said there are 10 proposed LNG projects"

"My expectation is we`ll see the legislation around in the fall".....Mike de Jong said..

Would you care to elaborate on the 2017/2018 date for exporting LNG Rich Coleman?

You've been right on this issue all along.

No doubt the mainstream media corps(e) will go missing in action on this major turn in events, too. Or, at very the most, those dis-info outlets will conveniently sidestep or minimize the really important issues.

As for the house-broken opposition, well, I won't be holding my breath waiting to hear a peep from them either. (I know you like Horgan; and there's no doubt he's a smart guy--but, seriously, where is he on this LNG issue? Isn't he the shadow energy minister?)

Anyway, I have much respect respect for the work you put in (t)here. And I always enjoy coming round here. It revives my spirit and lifts my head, after the matrix and ruling class start bringing me down.

Trying to stay warm up here in the frozen north. First they bugger up BC Hydro. Now they want to give away our natural gas.

No LNG no site c?

Christy Clark and the BC Lieberals are using Site C electrical power as a carrot enticer for LNG energy companies..

Unfortunately Site C is a decade away,..meaning this..

LNG producers will not build their own electrical supply as a temporary power supply..

One or the other..

Just WHAT does it take to get a hint of this fiasco in the MSM?

I don't subscribe to the MSM but I understand they cover such important issues as 'truck overturns on Coquihalla' or 'pedestrian hit by pickup truck'.

Surely an issue such as 'BC Economy in the Tank' would warrant a couple of lines on the financial page! Speaking of finances - the nonexistant $100 Billion over thirty years = $10 Billion over 3 years (do the math) or $3 Billion/year. Will barely cover the Teachers deficit!

Never mind financing Site C construction, which I've been assured is a GO.

Grant, with the LIEberals under so much fire lately - BC Ferries, Translink, BCTF court decision, maybe they know that if they release their so-called LNG taxation policy, it would be put under the microscope and when analyzed the people of BC will see that it will be just a tax sham that will not bring anything into the treasury even if one LNG plant is built.

Maybe the LIEberals can't stand the current heat and don't want to be exposed more.

What do you think?

However, the main reason is..

That means no lng revenue until 2022