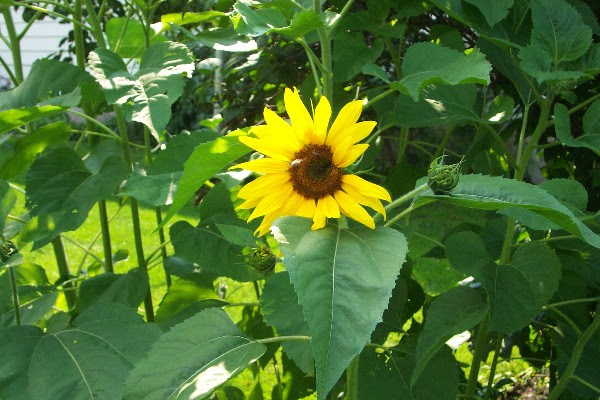 Founder and first Chair of the Council of Canadians, Mel Hurtig has long, long been fighting for good national policy in Canada.

His work has had him rub shoulders with the famous – and the infamous – in Canadian political life.  There was not much done by the latter – the infamous - until recent years, that could surprise him. But – with many, many Canadians of all ages - Mel Hurtig is now surprised, shocked, incredulous, and - finally - very angry at the brazen, vicious attacks on all that is good in the Canadian democratic system by the misnamed Conservative Party of Canada and its devious leader, Stephen Harper.

Name any book or extended article on the subjects dealt with in The Arrogant Autocrat:  the dishonesty of the present Conservative government – its manipulation of fact, its lying, it bizarre perversity, its attack on wounded veterans, on Health Care, on First Nations, on the environment, on environmental specialists, on scientists of all kinds, on decent democratic behaviour, on the economy, on the tradition of fairly presented democratic legislation, on fact, truth, evidence ... and more.

All the publications seem to overlook (or to be unaware of) what has been thought of as the Great Nuremberg Nazi Trials Question. And by doing so, they – in a sense – whitewash the largest majority of present members of the cruel, dishonest, capriciously vindictive, and vengeful Conservative government of Canada headed by Stephen Harper.

Stephen Harper – they all say, in one way or another – has done all the wicked and vicious things listed above.

Yes.  But he has never - for one second - acted alone.

Those are the people who have committed the heinous and [certainly, some] criminal acts against the people of Canada. They make up a large number of willing wrong-doers who accept their role to breach trust, to practice various kinds of fraud, to mislead and to lie – perhaps as they are generally directed to do – but which they do willingly and usually enthusiastically without much prompting… or with no prompting at all.

Out of the famous, historic trials of Nazis at Nuremberg after the Second World War, one defence by the accused was heard over and over: “I was under orders.  My superiors directed me. I couldn’t refuse.”

Was that a fair defence? Out of the famous parade of trials came the insistence that every human being is responsible for his/her actions, for his/her moral decisions.  “I was under orders. My superiors directed me.  I couldn’t refuse” was erased as a defense for those who do evil.

One Conservative MP in the history of the Conservative Party, since its leadership by Stephen Harper, has admitted his personal moral responsibility to the Canadian people and to Canadian democracy and has openly, publicly left the Conservative majority in parliament.  Brent Rathberger (MP for Edmonton-St. Albert) has variously described the role of Conservative MPs as having been reduced to “cheer-leading and barking on command”, and being told by Prime Minister’s Office staff to vote “like trained seals”.  He said he would not support an executive [cabinet] “that’s accountable to nobody”, plainly suggesting the Conservative cabinet works irresponsibly, without any democratic restraints. [See his book, Irresponsible Government: The Decline of Parliamentary Democracy in Canada, Dundurn Press, 2014]

Women in the federal Conservative Caucus seem to be demonstrating a present truth:  gender equality in our day means women may be as dishonest, as vicious, as unscrupulous, as bereft of moral principle and personal integrity as the men with whom they work. That seems to be the meaning of ‘gender equality’ in our political life, as the Conservative government reveals “political life” to Canadians.

Let us have no more of the sentimentality that there is one Ogre in Canada, one Ogre in the Conservative Party of Canada: Stephen Harper. From the executive level of Conservative constituency organizations across the country, to ‘ordinary’ Conservative MPs, to members of cabinet, to the perverse and devious (nearly 100) members of the Prime Minister’s Office, to the prime minister himself - the country is cursed with a huge human structure (The Conservative political structure] in which members enact, approve of, or stay silent about cruel, dishonest, vicious, repressive, coercive, vengeful – and, many believe, criminal and fraudulent – activities destructive of Canadian democracy and well-being – activities undertaken, it is said, “by Stephen Harper”.

His actions disgrace the name of prime minister, certainly.  But he is one of a horde of wrong-doers acting without (since Brent Rathberger made his “conscience protest” and left the Party) a murmur of dissent!

Only Brent Rathgerber, Conservative MP from Edmonton-St. Albert has had the courage, the moral stature, and the intelligence to walk away from that ugly structure.  One man.  One man, alone.

Let’s look (for a common example) at a cabinet member, Lisa Raitt, now minister of transport.  We need say nothing about her life and scruples before she became a cabinet minister in 2008 (consult Wikipedia).  As a cabinet minister she has directly attacked and undermined fair labour relations and bargaining.  She has – as cabinet minister – shared responsibility for neglect of First Nations health and education, for neglect of Canada’s most needy veterans, for full-scale assault on decent environmental policy and on environmentalists, for the Robocall Scandal of the 2011 election and for a recent Elections Act intended to destroy fair elections, etc. etc. etc. etc. etc.

Canadians may not be wrong (they may be) if they consider Lisa Raitt a moral monster, an unregenerate neo-fascist.

A sign of the general confusion in Canada about where evil lies in the Conservative Party may be reflected by – of all people – Elizabeth May. At the time of May’s unfortunate fiasco at the Parliamentary Press Gallery Night in early May, Lisa Raitt, apparently, worked to hustle May off stage in order to prevent her making a fool of herself. Okay.

But … as Judith Timson of the Toronto Star remarked (May 21), “Raitt rushed to the podium in her stocking feet to haul her friend May off the stage….” Then Timson goes on to write about “female friendships”.  Enough.

Commentators have said that Elizabeth May is going to have to explain her strange behaviour that night, her use of bad language, and so on.  They have not said she will have a much harder time explaining her friendship with what many, many Canadians see as a moral monster who can have nothing whatever in common with the Green Party or any of its members.  What is going on?  I would say that no decent Canadian could claim to be a friend of Lisa Raitt – major attacker of fair democratic processes in Canada, major supporter of the destruction of Canadian democracy, consistent participant in every Conservative government evil.  A friend?

Parliamentary courtesy demands of all MPs (Conservative MPs have excused themselves from the tradition of courtesy) that they stay civil with one another.  But civility is not friendship.  What is Elizabeth May doing with one of the Conservative government’s moral barracudas as a friend?

I suspect May has joined The Ottawa Club, the club that refuses (House of Commons, the Opposition Parties, Senate, Press Gallery, The Hill Times, etcetera) to admit, to publish, to broadcast, to shout about, to insist upon the naked evil of the present Conservative government. Is she, too, making the mistake that Stephen Harper (alone) is the Evil One; that Stephen Harper (alone) is the Ogre.  If so, she can avoid facing the massive evil presented to all Canada by the present Conservative Party and government of Canada, which exists and lives an immoral existence from its constituency executives across Canada all the way up and through the Party structure.

From that whole massive engine of evil and destruction only one person, one man, has had the integrity to resign, to step aside: Brent Rathgerber, MP (Edmonton-St. Albert).  Why hasn’t he been celebrated by the Opposition Parties?  Why has he been allowed to fade out of sight? Is he an embarrassment to all present MPs? Are all other politicians – even Elizabeth May - unwilling to face the ugly, urgent, persistent truth?

Maybe.  Which means Canadian voters will have to face that truth. The Nuremberg Nazi Trials Question asks if normal people may be excused for committing evil acts because they are ordered to commit them. And the answer is that they may not be excused.

The means voters will have to make dramatic decisions at the next election … and then … and then they are going to have to be as watchful as hawks of the newly elected people in whom they place their trust.


Can you feel that refreshing breeze sweeping across Canada....Also known as the winds of change..

As usual, a fine piece and a perspective well worth getting in front of the general populace. I would add that both Paul Martin and Jean Chrétien fall into somewhat the same category for willfully overpromising and underdelivering on social programs while frittering away money on corrupt enterprises. Neither was as blatant or as devious as our current lot, but they certainly accelerated the race to the bottom and failed to deal with our existential challenges in a meaningful way. Of course, the Mulroney lot were almost as bad as Harper, but bungled much of what they attempted. The fact that no one from that administration, in particular the Prime Minister, ever spent time in Kingston speaks volumes about the Canadian justice system. Thank you for your intense pieces. I enjoy them all with the same pleasure one might get from picking at scabs.

Parliament will not sit, until after the election. Harper certainly will bear watching as he will use every underhanded tactic, to lie his way into another cheated win. Harper has also bought up thousands of ethnic votes. We don't even know how much of Canada, Harper has sold out from under us.

A little dissent here and there sometimes. Meanwhile the dragon in the room is apparently not noticed.

Friendship??? required Ms. May to be taken from the stage. Oh yeah??? She hadn't even got going yet. What was the problem?

E. May is everyone's friend. I have heard her utter this over and over again. Don't forget that she started her political career working for Brian Mulroney, so is a progressive conservative. She fits perfectly with the Green party in this respect as are most of the principle players.

She never once complained about being taken off the stage as she knew she made an ass of herself. I can't believe anyone defends her. At least she got some positive out of it, she was able to make the media rounds the next day and gleefully apologize to Canadians. The spotlight fuels her.

You can wish for everything and get nothing voting for the Greens. At least she can say she is Harper's friend too because her politics will help him pick up a few more seats.

The Cons and Liberals have been tag teaming Canada for the last 148 years and the abuse will continue if either is elected again. Albertans, of all people, saw the light and punted a corrupt big business pandering government after years and years of getting screwed over. They did it and the rest of Canada can and will do the same.

People have to educated and one of the ways to do it is a per this example. http://www.betterwayalberta.ca/

This can be done for both the upcoming Federal election and the lying Liberals of BC. Anybody got any good ideas to raise the dollars to do the same as betterway alberta. About 40 K would be a great start.