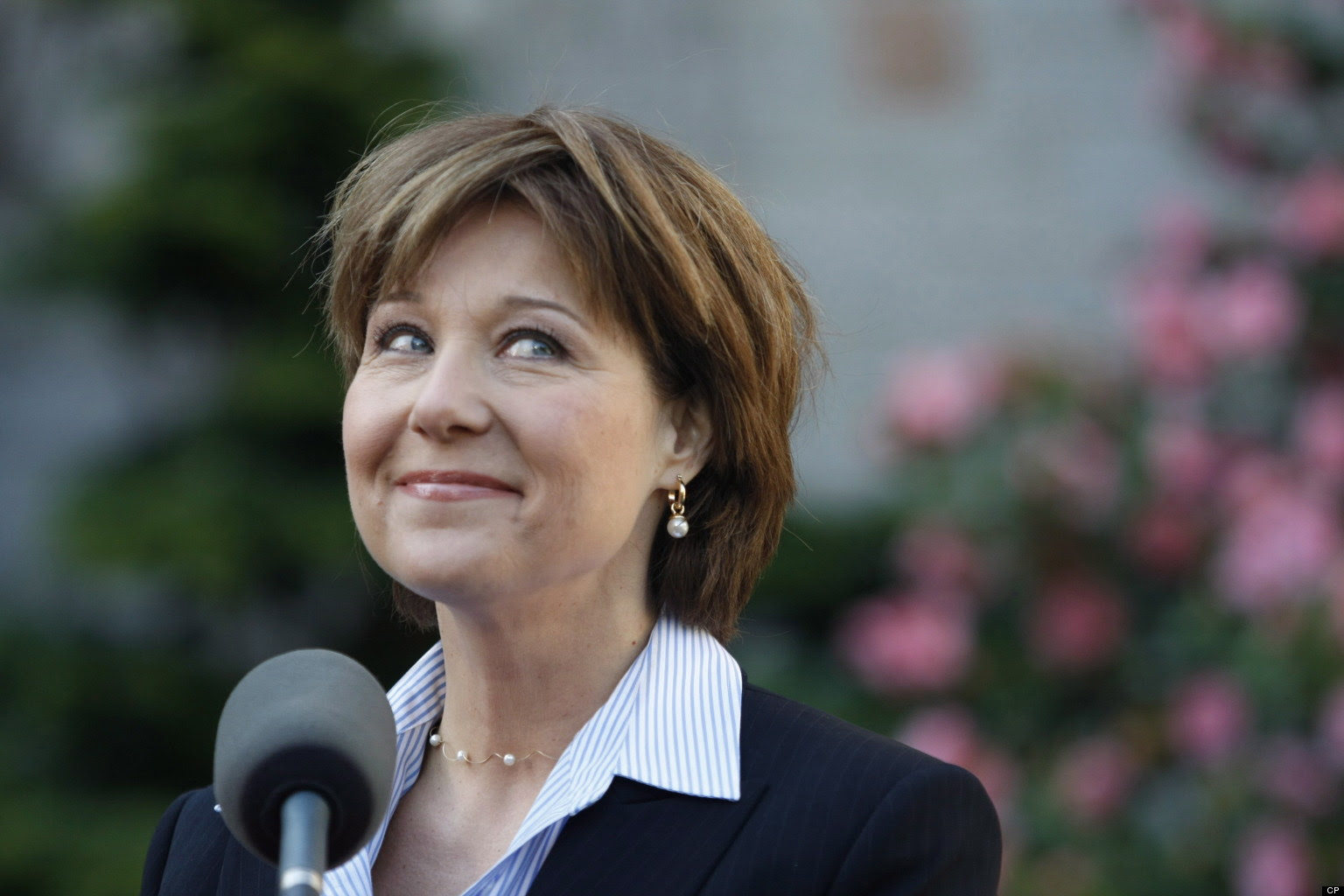 Vancouver, BC, Canada / (CKNW AM) AM980
Shane Woodford

"A fund promising to cure all our financial woes promised by Premier Christy Clark in her election campaign two years ago will finally see the light of day just before the next provincial election.
In a mandate letter to the minister of finance, Christy Clark instructs Mike de Jong to table her promised Prosperity Fund in the legislature in the Spring of 2017.

That is also when the next provincial election will be held.
In the 2013 election campaign the Premier said 100-million-dollars of revenue from her promised LNG industry would flow into the fund.

Clark promised the money would wipe out BC’s debt, reduce taxes on families, and make investments in health care, education, and infrastructure.

However the provincial debt has increased by about nine-billion-dollars since she made the promise under her campaign pitch of debt free BC.

And while momentum has been made on her promised LNG industry there likely won’t be a single facility built by the time the 2017 campaign arrives."

Now....First off...Ross K just today(June22/2015) was wondering where and when the next shiny Christy Clark distraction and sparkling bauble would arrive, he didn`t have to wait very long... Ross K`s answer comes today, June 22/2015...The very same day he posted the article linked directly below...

This Day In Clarkland...'Find Me A New Shiny!'

However, with the deal the BC Liberals cut with Petronas, if the project gets built, after 30 years of LNG exports...BC might be lucky enough to collect a TOTAL of $100 million in total LNG revenues.....

Funny stuff, tabling a prosperity fund framework in the run-up to the next (2017 election)...By 2017 there still won`t be one drop of LNG exported out of British Columbia..

Christy Clark and her gang of BC Liberal scofflaws are so desperate to change channels on their endless crimes and scandals..

Here is the BC Liberals 2013 election platform..Page 1....A personal message from Christy Clark....And I quote...

A message from Christy Clark

"With our balanced budget and the B.C. jobs plan, Today`s BC Liberals want to grow the economy and pay off the provincial debt, a key part of this plan is taking advantage of a our-once-in-a-generation-opportunity to develop a new industry by exporting liquefied natural gas to Asian markets. Over the next 30 years, this clean resource has the potential to generate $1trillion in economic activity, $100 billion for the BC prosperity fund, and 100,000 high paying jobs. The NDP refuse to come clean on their position on natural gas and would blow this historic opportunity.

The leader of the NDP and I are applying for the same job, the job of your premier, and we`re doing it at a time when our province is surrounded by economic risk. Let`s compare our platforms, our visions, our plans, and our team, let you the people of B.C. decide."

(Below is a link to the BC Liberal 2013 election platform and Christy Clark`s personal signed message/statement..Grant G)

The audacity of these BC Liberals and Christy Clark..There will never be a prosperity fund with even $3 billion dollars in it from LNG..LNG won`t pay-off the debt, won`t create 100,000 jobs, won`t eliminate our sales tax, ...Christy Clark is already clucking about(in 2015) and preparing to promote in 2015 this 2017 shiny bauble, or should I say, recycle the same empty prosperity fund!,...Just before the 2017 election, a framework for a mystery fund, a framework for an LNG industry that at best, won`t be shipping LNG before 2022..Probably not at all...

There has been no climbdown by the BC Liberals over their outrageous 2013 revenue claims related to LNG..Even though the tax regime has been reduced by 75% ....Even though royalties have been reduced and any future tax increases or royalty increases have been frozen for the next 25 years..no matter what happens to the price of LNG in the future..if LNG rises, BC will not see one extra dime of revenue...and still Christy Clark and Rich Coleman keep on clinging to their delusions while knee deep in unicorn dung...

Christy Clark is wrangling up her trained golden unicorns, herding the unicorns into our BC Legislature in 2017, just in time for our next election...And...Each and everyone of our senior press gallery reporters and columnists get their own unicorn...One for Sean Leslie..One for Les Leyne...Two unicorns for Tom Fletcher, a pretty pink unicorn for Keith Baldrey..

And the beat goes on..

Fools gold in a fools paradise?
Premiers favorited song you better be good to me Or else?

Let me put a couple of things together here. A summer sitting was announced specifically to address LNG, why the hurry? Could it be that this government is trying to quickly appease the LNG investors before the possibility of being found responsible and guilty of the firings. That way when they are ousted from their current jobs at least they may get a job with the LNG corporations

No, the story is there and it's corrected.

Yes, Shane Woodford corrected his article...Only after commenters pointed out his blatant mistake...I`m tired of these mistakes...Shane Woodford has made similar mistakes..

Shane made the claim last fall..."Christy Clark after 6 months in office...."

Blah blah blah...Shane was saying that Clark hadn`t had a chance yet...That Christy was only premier for 6 months...When in fact Clark was premier for 20 months...Seems Shane Woodford lost a year of memory, I called him and asked what was up...He said he made a mistake, however, he never corrected his on air mistake to radio listeners..

Global BC did a year end interview with Christy Clark..The interviewer did the same..

And I quote from the interviewer..."Christy Clark defied the odds, pollsters and pundits with her stunning 2014 election victory"

These mistakes are obvious...Again, Global was treating Christy Clark as if she was premier for mere months, it was almost 2 years....@ years and accomplished nothing..That`s the point..

As for the prosperity fund, you can bet there will be photo ops over mere pennies on the promised dollars placed in it...if in fact anyone builds an LNG plant

IF? Whaddya mean 'if in fact anyone builds an LNG plant'? I've given odds that there is no-one stupid enough to do that. But I was told by a reasonably informed source that Site C ground breaking would happen in July (of this year). I gave odds on THAT too. Good grief, I'll need my own prosperity fund if this indeed true.

Forget LNG, pipe dream, not necessary. Kill Site C, not required except to fill pockets of a few including politicians.

"However the provincial debt has increased by about nine-billion-dollars since she made the promise under her campaign pitch of debt free BC."

How to become debt-free: by taking on more debt.

Not so off topic Mr Grant. I would suggest a light hearted movie I just watched, to be mandatory.....for everyone. Black November. With Mickey Rourke and Kim Basinger. This government should watch it, but they won't.

The summer session was held so Herr Harper and that Horrid Hiebert could pass the cons Bill C377 in secret. I can't see any relief from the lies and shit Hiebert has done and it can only get worse if Dianne the Devil Watts gets in when she runs for the cons who are destroying Canada.