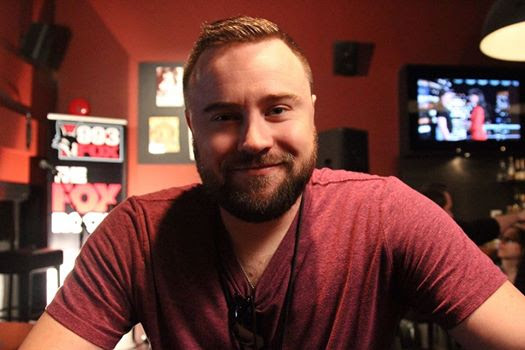 CKNW`s management has prevented Drex from commenting on this situation..

Drex, ....That is his radio name...The article linked above went out of their way to give readers Drex`s real name...Why was that necessary? ....It`s called Stephen Harper intimidation!

1000`s of Canadians die from overdoses on doctor prescribed opiates..

We have several issues at play here....One is the hypocrisy of politicians who think nothing of drinking liquor..When study after study has highlighted booze as the most dangerous drug in Canada..

The war on drugs has cost $Trillions of dollars in North America over the decades, prison populations have swelled to record levels and banned drugs are easier to get in the USA and Canada than cigarettes...


"Few teenagers say they've tried marijuana, but teens say it's easier to buy than cigarettes or beer, according to a national survey.

More than one-third of teens polled by the National Center on Addiction and Substance Abuse said they could buy marijuana in just a few hours, 27 percent in an hour or less.

Overall, however, 75 percent of students said they have not smoked marijuana."

And the same goes for Canada


Marijuana cheaper and easier to get than ever

VANCOUVER - Billions of dollars have been put towards nipping the drug-trade in the bud, yet the ease of obtaining marijuana and its potency have bloomed, while its price has dropped, according to a prominent group lobbying for cannabis legalization.


A new report by the Stop the Violence BC coalition of health, academic and justice experts will be released today to demonstrate the result of current anti-drug policy.

It uses government-funded data to show that cannabis trends are thriving, despite decades of huge cash injections to law enforcement agencies in both Canada and the U.S.

If the goal is to reduce the availability of marijuana, it's clearly been a dramatic failure," said Dr. Evan Wood, a founding member of the coalition and director at the BC Centre for Excellence in HIV-AIDS.

"By every metric, the government's own data has shown this policy has clearly not achieved its stated objective."
The report, called "How not to protect community health and safety," is being released as the federal Conservatives' omnibus crime bill -- which toughens penalties for growing and possessing pot -- heads towards speedy passage into law.
The coalition contends the proposed measures continue to propel policy in the wrong direction, when what the government should be doing is regulating and taxing cannabis under a comprehensive public health framework.
Asked for reaction to the report, a spokeswoman for the federal justice minister was terse.
"Our government has no intention to decriminalize or legalize marijuana," said Julie Di Mambro in an email.
Arrests and cannabis seizures soared when anti-drug funding jumped, according to available data presented in the report, but none of the other anticipated impacts materialized.
Since 2007, the majority of at least $260 million in funding against drugs from Ottawa has been allocated to policing. Between 1990 to 2009, arrests have increased by 70 per cent.
Meanwhile, the parallel U.S. budget has increased from $1.5 billion in 1981 to $18 billion in 2002.
Arrests jumped there by 160 per cent between 1990 and 2009, while pot seizures more than quadrupled.
But at the same time, prevalence of cannabis use rose.
The Canadian Alcohol and Drug Use Monitoring Survey showed 27 per cent of B.C. youth between 15 and 24 smoked weed at least once in the previous year.
In Ontario, the number of high school students using pot doubled from fewer than 10 per cent in 1991 to more than 20 per cent in 2009.
In the U.S., use climbed about eight per cent among Grade 12 students.
"It's just so clear that organized crime has absolutely overwhelmed these law enforcement efforts with the price of marijuana going down dramatically ... (and) the potency has gone up astronomically," Wood said.
Among the groups supporting the initiative to legalize marijuana is the 90-member Health Officer's Council of B.C., which includes current and retired medical health officers and other physicians.
Dr. Paul Hasselback, who chairs the council, said medical experts are not asserting the drug is safe, but that policy as it stands puts the public at even greater risk.
"We need to acknowledge that our current approach to some of our substance-use policies is perhaps not as evidence-based as it should be," he said.
"We need to be proceeding to a dialogue that keeps the public's health as one of the prime drivers in the decision-making process."

Hasselback noted that unlike widely-used substances like alcohol and tobacco, officials can't proscribe measures for safe use of cannabis -- simply because it's illegal.
The public is wary of the dangers of drinking and driving, he added, but there's very little knowledge or research around using pot and driving for the same reason.
Scientific literature also dispels the myth that smoking pot leads individuals along the path to harder drug use, he said.

"That just hasn't played out. There's a great deal of recreational soft cannabis use and ... it's not the gateway drug that can be a perception of many people."

A U.K. study published in the Lancet in 2007 that compared a range of substances found cannabis to be less harmful than both alcohol and tobacco, the report notes.

Stop the Violence BC launched its campaign in October with a report that showed criminal organizations are making huge profits and engaging in street-level warfare over the underground drug trade."

Stephen Harper has gone too far, ...Even though BC`s INSITE has saved 100`s of lives Stephen Harper is hell-bent on shutting down insite...Hellbent on following the USA`s failed "War On Drugs"

"Because when you put ideology before humanity, and wage war on the poorest and most vulnerable Canadians, you will blight their lives further and kill many of them.

And this is just the latest example.

This week the Harper government, and the largely Conservative-appointed Senate, will effectively drive a nail into the coffins of thousands of Canadians living with addiction by passing legislation that will block the establishment of supervised injection facilities like Vancouver’s Insite.

Bill C-2, the ill-named Respect for Communities Act, which is likely to pass third reading in the Senate imminently, changes section 56 of the Controlled Drugs and Substances Act, Canada’s blanket prohibition on drugs. It establishes 26 new requirements applicants must meet before the feds will even consider an approval to operate a supervised injection facility. These requirements are unwarranted and will be, in many cases, impossible to satisfy.

Because let's not mince words, that is a monstrous triumph of ideology over humanity, and it is MURDER.

In the summer of 2014, there were 83 severe overdoses investigated by the Agence de la santé et des services sociaux de Montréal, 25 of them fatal. A fentanyl epidemic is currently plaguing Calgary and Alberta’s Kainai Nation (Blood) reserve west of Lethbridge.

On Thanksgiving weekend last year, 30 people suffered accidental fentanyl overdoses at Insite. None of them died. In contrast, the lethal concoction took five lives elsewhere in the city. Between 2004 and 2010 there were 1,418 overdoses at Insite, but not a single death. Many of these overdoses could have been fatal had they occurred outside the facility.

The evidence couldn't be clearer. So to ignore it is nothing less than criminal.

But then of course we know what the Cons think about scientific evidence..."

I warned Drex last week, Drex interviewed John Horgan, the interview was about Tim Duncan`s serious allegations against the BC Liberal government and their cesspool culture of deleting emails and hiding data...

I warned Drex that CKNW`s corporate board would not approve......

Drex told me that he is free to express his opinions....

During our HST referendum a few years ago Michael Smyth was removed from CKNW because he was opposed the HST that was being rammed down our throat...Michael Campbell was brought in to temporarily fill that time slot and to promote the HST..

Recently Michael Eckford was removed from/left CKNW because he was being forced to stop his criticism of C-51 and other draconian Stephen Harper legislation...

Eckford refused to be muzzled or tempor his criticism, ..Ethics before money, conscience before bowing to the beast....Some people put ethics and self morality before a pay-cheque.

I may be wrong, but I`m betting that Drex will be removed from CKNW well before the upcoming Federal election..

Can CKNW management and their news department explain why they haven`t reported this story even once today?...Is that not muzzling?

I hope I`m mistaken but.... However...In my opinion and based on CKNW`s past actions.....CKNW`s management have fostered a hard rightwing slant, my gawd, they still have Michael Campbell on the air every Saturday...Spewing anti union, anti society crap...A nasty old-man who rails against Gregor Robertson, Thomas Mulcair and Justin Trudeau..

We as Canadians can stick our heads in the sand and pretend a war on marijuana will work..But it won`t..

Teenagers who want pot can get it so easy....Anyone can get pot if they want it..

Washington State, Colorado and other US states are turning the page...

Stephen Harper knows too that marijuana is mainstream, the only thing one can think is that Stephen Harper would rather promote organized drug gangs making lucrative profits rather than admitting the myriad of health benefits marijuana can offer..

Time for CKNW to let their radio voices make some noise, noises that sound like Freedom of Speech!

Time for Canada to vote out the Republican tea party dinosaur named Stephen Harper out of office..