Stephen Harper, Tough On Crime, No, Tough To Believe 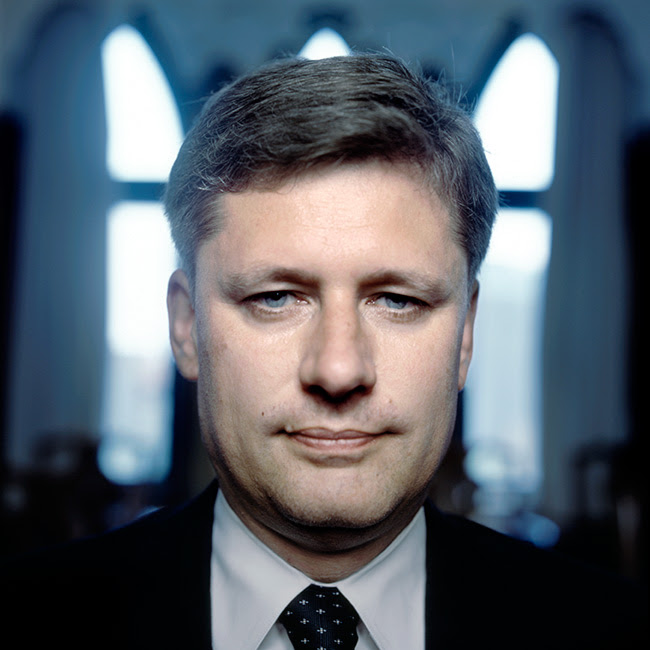 
It is so sad to watch Stephen Harper embarrass the office of prime minister of Canada, for the last two years every maneuver, every action has had very little to do with governing, all campaigning all the time, cheap tawdry staged events that mimic late night infomercials, the selling of the absurd, Harper comes across more like a bad soap opera actor than that of a leader, his stage based policies promising so much more, it slices, it dices, it stretches, buy one today and we`ll send you two for the low price of gullibility, you can pay either with absent brain cells or your Conservative party membership card..

This burning desire to get tough on criminals, Harper`s urgent need to protect us from Canadian wrong doers comes after near 11 years in office, after near 5 years with a majority government, on the run up to a federal election Stephen Harper brings forth a fake tough on crime bill that won`t get senate approval until after the election and probably never as again Harper`s electioneering policies run counter to Canada`s charter..

So important was this tough on crime bill that Stephen Harper waited for 11 years in power, the last 5 years with a majority, late in the game and adrift in the polls Harper, in a cheap staged soap opera setting plays the tough cop on the beat, how very sad and pathetic indeed, this burning priority of Stephen Harper, where was it 5 years ago? where was your personal rage after the Surrey six murders, the Mayerthorpe police officer murders, the Surrey and Vancouver gang wars, only now as Harper`s majority government is on the verge of a sound thrashing does Stephen Harper go grasping for hail mary straw..

"Life means life...murders so heinous..those who can never be released to walk our Canadian streets"

Pandering Stephen Harper, grasping at the lowest threads, threads like in a knitted sweater unraveling more and more on every pull..

I watched yesterday`s "event"on CPAC, Stephen Harper and his trained seal attendees clap away on cue, the only thing missing was trainers tossing herring out of a silver bucket each time the actors applauded...And I wondered after each of Harper`s statements, wondered on the validity and sincerity of each of and every one..

Harper`s tough on criminals announcement came with no new monies for corrections or the judiciary...

Two unrepentant killers who slaughtered many, although Willy Pickton did not murder by himself, the police never ever bothered to pursue let alone prosecute Willy`s partners...

I got to thinking when Harper stated murders so heinous...as against what, murders so benevolent, less vicious murders, accidental murders...

Ask the loved ones of any murder victim and they will tell you the murder was heinous and that person should never get out...What about the repeat drunk driving offender who finally slaughters an innocent family with his chosen murder weapon, a full sized work truck...My long time girlfriend, now languishing her remaining days in a facility for the distraught, her life was taken early from her..

January 1/ 1966...1:00 AM....Marcy and her three sisters, aged 4...aged 5 ...aged 6 and 7 years of age, with a babysitter, ....1:00 am, a knock on the door, babysitter answers the door, all the girls were asleep except Marcy, ...Marcy was standing a few feet behind the babysitter, it was a police officer, there to inform the babysitter that both parents were dead, struck dead, blindsided in a controlled intersection where the parents had the light and right of way...Struck dead by a police officer off duty who was drunk out of his mind, the cop didn`t even slow down, he didn`t see the red light, didn`t stop, he blasted a family apart, ..is that not heinous...Back in those days, no counselors, no subtle gestures just a cold blank stare informing the victims...The police officer, the boys in blue circled the wagons, not only did the drunken killer not do time he never lost his job..

Mukhtair Panghali killed his pregnant wife, is that not heinous...

Is Panghali likely to kill after serving 25 years in jail, or once past 50 years of age, not likely yet vengeance be mine, ....I don`t know what sentence is appropriate but Stephen Harper trying to tell Canadians that some murders are more heinous than others..

Reena Virk, beaten then drowned by her so-called school friends, a crime that shocked all of BC, shocked any civilized person..

Those murderers not yet of adult age, their actions were heinous, should those killers get life, without parole, not my call...

This article still gives me nightmares..

Disturbing and gruesome details of the abduction and brutal murder of an 18-year-old girl were revealed in a Victoria, B.C. courtroom Monday as prosecutors argued that the two teenaged killers should be sentenced as adults.
The boys, who were 16 and 18 at the time of the murder, pleaded guilty last year to killing Kimberly Proctor, burning her body before dumping it on a rural trail near Colwood. The pair was charged with first-degree murder, forcible confinement, sexual assault and indignity to human remains in her death.


Text messages between the co-accused revealed that they had carefully planned the abduction and murder of Proctor.
Both boys had also been involved in joint rape fantasies for at least a year before the murder, according to a psychiatric report presented in the courtroom

Should those two killers, one 18 years the other 16 years of age, ever get out of jail...That was heinous, what murder isn`t heinous or cruel and unusually horrific..

A man who kills his wife, a mother who kills her own child, are these not heinous crimes..

I have not the judicial training to make such a call, ...And neither does Stephen Harper.

My deepest condolences to the families of the victims, those left behind suffer a lifetime of torment and nightmares, having to relive the crime over and over again in court and even worse, every time one lays down to sleep..

Vengeance be mine and no murder is heinous free...


And after 11 years in power, 5 years with a majority, on the run-up to election 2015 ..Stephen Harper`s tough on criminals legislation is really hard to stomach and an insult to every thinking Canadian....It will never get past the court, never become legislation and was never about Stephen Harper caring about anything or anyone except his grip on power..

Where was your legislation 11 years ago Harper,  or 5 years ago? Exactly..

All this bullshit about his crime bill is a smokescreen Gran G. He's deflecting our attention from the huge ripoff we are getting from the oil companies.
Harper is the architect of all this fear mongering over extremist muslims. He saw an opportunity and seized the moment. The problem as I see it is that the vast majority of the country can't see it. His question has been "do you want Liberty or Security?" The answer to me is it's a no-brainer. With Liberty we have security. Without it we don't.

Good work in calling out these northern neo-con stooges on their latest attempt to dump a stinking load of crap on parliament.

These ne'er-do-the-wells are obviously getting desperate.

Quite obviously pushing one of the last hot buttons still available, all in the hope of saving their failing asses come election time.

Trying to turn the votes of the elderly and the un-informed.

Expect another csis/rcmp staged-terror event involving a a hajib-wearing avowed-homosexual crack-head trying to detonate an electric frying pan underneath a yet-to-be-built tar-sands pipeline before long.

Oh what i would give for twenty more voices like yours.

It was a false flag attention getting scam..Send flour powder to 4 conservative cabinet ministers along with threats to "annihilate All Conservatives"

Wink wink, nod nod...look for the wet spot(part of a joke)

So funny, so staged had to laugh my face off..

Oops..I am Sorry about the late editing of the article, was running really late this morning, post and fly..

Funny how they know beforehand.

It would almost be laughable if these not jobs weren't so gung-ho about ruling over us like a bunch of fascists.

Speaking in Surrey, B.C. Harper shrugged off calls by four former prime ministers and a growing chorus of critics who want a more robust role for parliamentarians in guarding against potential future abuses by security agencies.

The NDP and Liberals and now a group of 22 prominent Canadians have called for the establishment of a committee of elected officials that would oversee CSIS’ exercise of its proposed new mandate to disrupt emerging terror threats — as exists in the U.S., the U.K., Australia and New Zealand.

On Thursday, Harper said the current watchdog agency, SIRC, already provides “independent expert third-party advice” about CSIS’s compliance with the law. He said Bill C-51, a sweeping bill that expands CSIS powers, would require CSIS to get a warrant from a judge on a case-by-case basis if its actions to disrupt threats will violate constitutional rights.

“We as a government are not interested in politicians doing that oversight,” said Harper.
Other senior Conservative ministers echoed the prime minister’s new line of defence, cited the evolving “mutating” threat, and broad public support for the bill reported by pollster Angus Reid.

Canada faces a “high probability” of a jihadist attack from homegrown terrorists, Defence Minister Jason Kenney warned Thursday as he defended the bill and hinted Ottawa will extend the military mission in Iraq.

In his first major address since taking over the national defence portfolio 10 days ago, Kenney said that while risk of conventional war has diminished, “the threat of terrorism has never been greater.”

the fear gets the vote?

Gotta a laugh at this if it wasn't so serious what Harper is trying to get away with now.