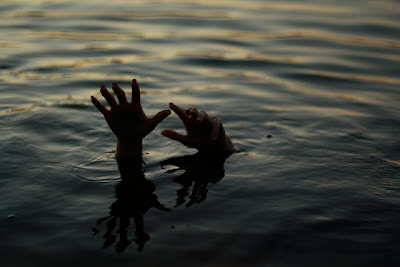 Operator of the a nuclear plant in southern Japan received an approval to launch a reactor in June, the first such precedent after the 2011 Fukushima disaster, the Japan News reported Wednesday, citing the country's Nuclear Regulation Authority (NRA).


TOKYO (Sputnik) – In March 2011 Japan shut down all its 48 nuclear reactor following the meltdown of Fukushima nuclear plant caused by an earthquake and tsunami. The incident was the biggest of a kind since the 1986 Chernobyl catastrophe.
The nuclear regulator approved the plan of construction works that Kyushu Electric Power, the plant's operating company, should conduct to make the reactor meet new safety standards, adopted in 2013, the news outlet said. The company has to pass one more step of security checks to launch the reactor.

Japan`s LNG use is set to fall, restarting nuclear facilities plus an aggressive puch towards using green technology, solar and especially tidal power...

However, that is not the bad news I`m talking about today....

This latest news is vitally important to those companies planning on building LNG export plants...

This latest news is most likely the deathblow for developing any LNG industry in British Columbia..

As reported here before, right now because of green technology, and because of the very cheap availability of coal...And because of newer, safer, emission`s free nuclear power, electricity can be produced much cheaper than LNG.....

Japan, Korea and China do not like being held ransom by the likes of big energy and the likes of Christy Clark..

Remember Christy Clark bragging during the 2013 election writ about charging Japan and Asia 5 and 6 times the North American price for LNG ....Christy Clark told out Asian neighbours, and I quote..

Oh my, how worms turn, what kind of message did Christy Clark send Japan, Christy sent this message to Japan.....We`re sorry for the earthquake and tsunami that caused a nuclear accident at Fukishima but we in British Columbia are going to hang you by your ankles and shake every last dime out of your pockets for energy, we have no sympathy and we the Government of British Columbia are going to use your misfortune to become filthy rich...

That is the message Christy Clark sent Asia....

But today,.....Today South Korea sent a return message back to Christy Clark and the LNG energy pimps...

Stick your LNG where the sun don`t shine, we don`t want expensive LNG, we will use coal, we will use cheap coal and we will build more clean, safe emission`s free nuclear power..

If anyone thinks I`m kidding, or speculating they would be wrong...

"Korea Power Exchange chairman and CEO, Yoo Sang-Hee, believes the country’s LNG demand for power generation will keep dropping due to increased switching to coal as well as the government’s pro-nuclear policies. "


"Yoo Sang-Hee told Platts that high prices of LNG compared to coal and nuclear push the demand for the liquefied natural gas further down in the power generation sector as more gas-fired power plants remain idle.

He added that half of the gas-fired power plants were shut during 2014.

Cheaper power generating costs from coal plants mean that as soon as there is enough supply, gas-fired  power plants are taken off the market. Yoo says that LNG-generated power costs around US$0.13-0-15 per kWh or 140-170 Won, which is a lot more than the costs of coal or nuclear that stand at Won 35-45 and Won 3-4, respectively, which makes South Korea the country with the widest difference of power generation cost between LNG and coal in the world."

So let us recap.....Japan`s LNG use is going to fall......China will be receiving cheaper natural gas from Russia via direct pipeline, ...LNG from Canada or the USA will never be able to deliver gas cheaper than direct piped natural gas, no need for Russia and China to spend 10`s of $billions of  dollars on liquefaction and regasification plants..

As reported here, and by many others, currently there is a major glut of LNG with 10`s of millions of tonnes of new LNG supply entering this already saturated market, several Australian facilities are nearing construction completion, new supply from the USA will be shipping LNG this year, Papua New Guinea has new supply online and East Africa is well-ahead of Canada in terms of actual LNG plant construction..

And now South Korea, a very modern country with the world`s most modern industrial manufacturing facilities, a country that is set to embrace new, clean, safe nuclear power..South Korea, a country not prepared to be held hostage by the likes of Christy Clark or the big energy companies..

The BC Liberals....The BCLNGA spokespeople and propaganda spinners....And the province of British Columbia better start working on a plan B for prosperity...

Because the BC Liberal Government and BC`s proposed LNG industry..

hey hey It hasn`t hit them yet..... Rich Coleman and Christy Clark....

Just got kicked in the nuts by our Asian friends....

Can anyone translate this into Parliamentese Bafflegab for Chrispy? Instead of wasting dollars promoting jobs, jobs, jobs and promoting LNG she could maybe come up with a Plan B? By the way, what's happening at Site C? At Mount Polley? At the Legislature?

oil storage full about May

Before BC was snafu and puppets?
Now BC it's TARFU and muppets?