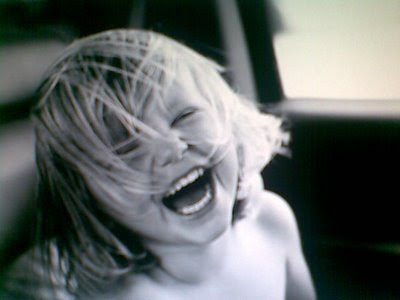 Laughter is said to be the best medicine and it has been awhile since I had a really good laugh..

There is a story at Sunnews network, Faith Goldy who has been covering the line 9 protesters..

Faith Goldy was sitting/seated in a court facility in Hamilton, Faith Goldy was so busy tweeting and emailing, her head like most young people glued to their electronic devices, oblivious to her surrounding, unbeknownst to Faith Goldy was the fact one of the dirty stinky(Ezra Levant`s description) line 9 protesters put his rear end near and pointed at Faith Goldy`s face(who was seated, protester standing) and let one rip, not a loud one but a silent killer fart, ....

Faith Goldy having no warning of the incoming assault only became painfully aware of noxious umbrage when her nostrils cringed at the offending smell....I`ll let Ezra and Goldy finish(for now)


"Ezra Levant chatted with Faith Goldy about her attempt to talk with the Line 9 protesters who were having their day in court. And what started out as a peaceful attempt to get to the root of the protesters' cause, ended up with noxious emissions of a different kind.
Goldy was on hand for a court hearing on Tuesday in Hamilton, Ont., "minding her own business" when an activist "farted" in her face......

Goldy spoke about the incident on The Source, saying, ""I'm just minding my own business, when all of sudden something putrid emerges in the air. So I gaze from my phone and there before me is one of the bottoms of one of the Line 9 protesters."
"So they farted in your face? That's what you are saying," Levant replied.
"That is exactly what happened, Ezra," Goldy said.

Now, I urge you to click the link and play the short video...

OK..Like I said, I haven`t had a good laugh in some time now, and reading the article and watching the video didn`t make me laugh...It was a Facebook comment below the written article that made me bust a good one...

Andre Schepkowski · Works at Retired
This why we need sun news in our homes, hard news.

On a more serious note, that comment and the outrage expressed by Goldy and Ezra, the horror..Oh the humanity..

That comment got me to thinking about the great and heroic war correspondents who died covering wars, incursions, reporters and journalists spreading the word on massacres, on genocides, scenes of streets blood red, the smell of death in the air, ducking for cover as bullets fly, ...Cameramen and ladies who filmed holocaust scenes, pits full of emaciated bodies, unthinkable horrors, real horrors and atrocities reported by professional journalists..

Newsflash to Faith Goldy....if you can`t handle a little passed wind, something everyone in the world does, in crowds, in theatres, in restaurants, in public spaces, in bed, lovers, wives, husbands and children all pass gas, including both Ezra and you Faith...

If you can`t handle that, you are in the wrong profession Faith..

These really must be..

The dog days of summer if this type of crap makes the news..

I Thank you Andre Schepkowski for that comment, I really needed the laugh

up to 1000 murdered in Syria but of course that pales to this sun expose.
Perhaps dear faith isn't ready for that!

"all pass gas, including both Ezra and you Faith"

Except Ezra expels his gas via his foul mouth!