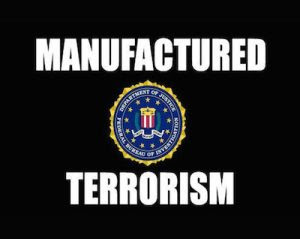 As hard as it is for the mind to grasp, The WHOLE FLQ CRISIS may have been a “False Flag” – a government, criminally-created crisis. From the early 1960s Pierre Trudeau almost personally hated the independence movement and its supporters.  In the 1960’s he was an Actonian anti-nationalist, dismissing Canadian nationalism and reviling Quebec nationalism. There is reason to believe he was the centre of a complex, expensive, on-going criminal construct undertaken to erase completely the possibility of Quebec independence. What we know now suggests “the FLQ crisis”
was manufactured as a gigantic False Flag.

The story is part of the movement towards Quebec independence, and involves FLQ criminal activity - which many Canadians know something about.  They don’t know that the biggest Canadian “False Flag” operation (government sponsored criminal violence and fraudulent organization) is almost certainly mixed, in this case, with criminal violence done by others. Separating the two strands (FLQ criminal acts and those of the Trudeau (Liberal) government) is not always easy to effect ... nor (by the false flaggers) is it intended to be easy.

The events are spread over more than ten years, and “official” action and response has always been to obfuscate and mask events and to impede investigation. Over the many years of separatist groups – from Alliance Laurentienne (1957) to the R.I.N. (1960) to the FLQ (1963) to the Parti quebecois (1968) and its victory in 1976 - the independence movement in Quebec was a mixture: social, cultural, political, ‘revolutionary’, violent.  As early as 1963 illegal activity was undertaken by non-State activists.  In conversation, Mrs. (Olive) Diefenbaker reminded me that she and her husband John were early victims – their campaign train forced to inch along Quebec tracks for hours while searchers examined the route for bombs (never found) alleged to have been planted.

In the 1960s the RCMP is alleged to have engaged in serious violence, creating false FLQ cells, setting off explosives to foment fear, and even contributing to personal harm. (see Louis Fournier’s FLQ].

The whole question of the criminality of the RCMP became so serious that Pierre Trudeau created the McDonald Commission in 1977 because of RCMP robbery of the Parti quebecois membership lists, a barn burning in Quebec, various illegal break-ins, forging of documents, illegal electronic surveillance … and more.
Before the body of Pierre Laporte was found in the trunk of a car in Quebec, people were planning a demonstration against the War Measures Act in Ottawa: NDP, Conservatives, unaligned citizens, etc.  On the telephone Erik Neilson, MP for the Yukon, and I (both in Ottawa) could hardly hear each other.  He asked why.  I told him the RCMP was tapping both of our lines.  He was amazed that they would dare tap a Member of Parliament secretly. His was one of the voices demanding formation of the McDonald Commission.

The seriousness (or unseriousness) of the McDonald Commission is perhaps identified by its formal name: The Royal Commission Inquiry into Certain Activities of the RCMP.  Pierre Trudeau reached all the way to Alberta to get an objective Commissioner.  David McDonald just happened to be a very visible spear carrier for the Liberal Party in Alberta.  He would not make unnecessary waves. He was appointed in 1977. When the Commission made its final report in 1981, it had become the most expensive Royal Commission in Canadian history.

In addition, with the announcement of the War Measures Act some 465 Quebecers were arrested and taken to various holding places.  In a real crisis those numbers probably would have been absurdly high.  In a manipulated (and created) crisis the wholesale arrests were meant to be an attack on all supporters of separation no matter how innocent, as well as an attack on the idea of an independent Quebec.

David McDonald’s work was circumscribed by the terms set out. He couldn’t examine RCMP activities overseas, for instance. As a result he couldn’t look at the  alleged criminal activity of the RCMP in relation to the murder of Mario Bachand (FLQ member) in Paris in 1971. Author Michael McLoughlin traces the story, alleging that Solicitor General Jean-Pierre Goyer reported to others (among them the director general of the RCMP) that the prime minister “had directed that, unless there were strong arguments to the contrary, prompt action [in relation to Bachand’s activities] should be taken” (p. 218).  [Last Stop, Paris, Viking, 1998].

Perhaps two facts about Last Stop, Paris tell all. It was buried quickly by paucity of reviews, and it has never been translated into French for Quebec readers, though discussions on the subject with publishers have been held several times.

Historians may find Pierre Trudeau an even more enigmatic figure than some have already suggested. Arriving to the prime ministership as an ardent anti-nationalist, he appears to have determined to do anything [“Just watch me!”] to frustrate separatist intentions, including the use of the unnecessary invocation of the War Measures Act, army occupation of Quebec, numberless false arrests, murder, and the continuing manufacture of fraudulent crises.  He appears to have used (misused) the Canadian prime ministership in what he, obviously, thought was a good cause, against what he judged to be rabble and ignoramuses. (He didn’t lack self-confidence.)

But as time passed, after 1970, and he withdrew to “parliamentarianism” from despotism, he must have thought about the power he had used (as he might have put it) for good purposes (?) falling into the hands of someone who would want to use it for evil purposes – a Stephen Harper, for instance (though Stephen Harper himself could have been nowhere on Trudeau’s radar).

And so, seizing a moment in history that could easily have passed unused, he “patriated” the Canadian constitution, adding to it The Charter of Rights and Freedoms that places the constitution above the will of parliament – which means Canadian governments trying to use parliament for criminal purposes and/or to wreck the fundamentals of Canadian democracy (“the Constitution”) can be challenged in court, slowed down while the population awakens, and even stopped in attempted evil doing. That is because the Charter of Rights and Freedoms replaces “the supremacy of Parliament” with unchangeable stated rights and freedoms that the highest court (the Supreme Court of Canada) must interpret. And the Court must reject odious legislation in violation of the Charter. It is as if Pierre Trudeau had a vision of a Stephen Harper in power in Canada and shaped the Charter of Rights and Freedoms to rein in the – oncoming - deliberate movement towards fascism by the poisonous use of a parliamentary majority.

But that ‘poetic’ ending of Trudeau’s moral life does nothing to change the charge that “the FLQ Crisis” was a fully intended, gigantic, fraudulently manufactured criminal conspiracy: an enormous False Flag.

Just a few reasons (there are many more):

The War Measures Act which was apparently pulled out of its dusty place on the shelf and invoked on October 16, 1970 had been examined closely by a committee at least six months before. After its imposition, a number of legal experts claimed all the room necessary (in law) was present to address the problems in Quebec – the War Measures Act being totally unnecessary overkill.

The first person kidnapped (Oct. 5, 1970), James Cross, British Trade Commissioner in Montreal, was found to be a person who “co-operated” with British Intelligence from time to time, doing work for them.  He would be ‘available’ in linked secret service operations to take on a task – like being kidnapped.

He was said to be hidden by his kidnappers, and police forces were said to be searching for him for weeks and weeks.  Later reports allege that his location was always known to police and that the apartment where he was held prisoner was completely tapped the whole time. (He was released in early December, 1970.)

The same is true for the Pierre Laporte kidnap location.  His kidnap [Oct 10, 1970] may have been more complicated; for he seemed to sense his situation was not a controlled one. Nonetheless, later, the location was said to be completely tapped and everything that went on there recorded ... always known to the police who were apparently searching for his whereabouts.

Laporte’s murderer is still uncertain.  Paul Rose was accused of the murder.  But he was found, it is said, not to have been in the building when Laporte died.  [The four kidnappers of Laporte were sentenced for murder – given from 20 years to life.] A claim is made that another man entered the dwelling where Laporte was killed on the day of his murder.  That man is said to have been among the doubtful/police connected people seen at the country place where friends of Quebec independence gathered: he has been identified, and his strangely murdered remains are reported to have been found.

The politics of the FLQ crisis needed a high-profile murder victim.  Pierre Laporte, Quebec vice-premier and minister of labour, was said to be connected to the Mafia and something of an embarrassment in Liberal circles.  I remember him being referred to at the time as “Mr. ten per cent”, alluding to the cut he was alleged to have taken on certain kinds of deals and contracts.  At the time of his death his wife, apparently, wanted a simple funeral – but Ottawa would not agree because it wanted a large Public Relations Event to highlight the terrors of Quebec separatism. (If, in fact, the Canadian government had Laporte murdered, they would need to hold a large, State funeral for him, to cover up and to gain public support.)

Among the chief FLQ names some are alleged to have been police agents.  The “kidnapper” entering her home surprised the wife of James Cross by speaking French with an English accent.  Nigel Hamer’s role in FLQ matters always has a fog around it, and his eventual conviction for kidnapping seemed arranged. Others have been named as or suspected of being double-agents from the start.  If that is true, it is greater proof that police forces knew what was going on among the FLQ members all the time they were supposedly at large and unfindable.

Perhaps long-time Quebec journalist Claude Jean Devirieux in his book Derriere l’information officielle: 1950-2000 (2012) makes the point most clear.  The federal authorities, he tells his readers, went to work and “brought about (with the help of the army) the largest undertaking in manipulation of Quebec public opinion in history”. (my translation)

If conclusions can be drawn from that series of events as a False Flag, two are among the most chilling perhaps.  First – human life and human rights can readily be sacrificed and the actions covered up to further the aims of the State. And, secondly, when the State undertakes to employ criminal means to mislead, manipulate, misinform, and coerce the population, it has endless resources at its disposal…including murderers and the army.  As Gatekeepers.com noted [30/03/07], the (independent??) media – as well - contributed to the false flag operation “by feeding public fear”.

So massive, so informative about ‘false flag’ tactics, so brutally executed, so criminal, so huge a violation of Canadian democracy, and so expensive seems the whole FLQ Crisis/False Flag that, by now, a permanent committee made up of francophones and anglophones should be hard at work to bring every aspect of that history to light in an orderly, clear, and irrefutable fashion – for all Canadians.

We have to wonder why such a permanent committee doesn’t exist.

Written by Robin Mathews
Posted by Grant G at 10:04 AM