BC NDP, Crossroads and Bitter Reflections 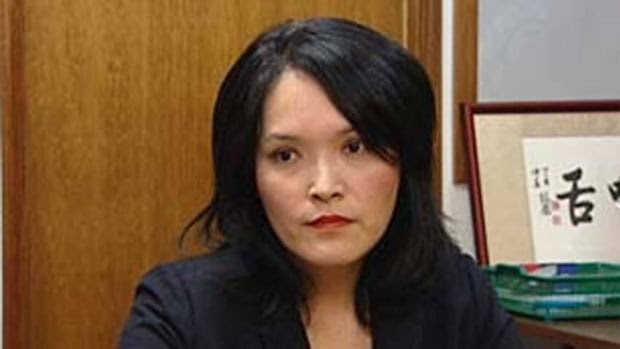 We need to talk a little bit more about Jenny Kwan, and in particularly why she must resign..


The party, the NDP does not need this distraction, with Jenny kwan remaining in the NDP caucus it`s almost impossible for the party to criticize BC Liberal corruption and cronyism, to complain of taxpayer abuse, we appear hypocritical to say the least.

I have battled NDP supporters online and on Twitter over the Kwan scandal, over and over again I hear the same refrain from those in Kwan`s camp...paraphrasing here..

Today Linda Reid got busted for taxpayer abuse too...

That sounds like school children arguing when caught, Billy did it too, Sally did it, all the other kids are doing it...We aren`t in a school playground, we are talking about legislative representatives who are very well paid, legislators with strict guidelines..

I had a real feisty Twitter exchange with Peter Kelly, ....Mr. Kelly(in my opinion) kept making up his own facts to justify his defense of Kwan...

Peter Kelly said...Why should Jenny pay the price for what PHS executives did, what they spent..

We need to clear up a few facts, no where did Jenny Kwan say her husband lied, Jenny said..

I was told he paid for trips from his personal monies ...Snip.

You see, that doesn`t ring true...because in this article..

And in this one..

"Together with my family, I did join my husband - who was an employee of PHA - on two trips in 2012," she said.
"I was assured at the time by my former partner that he paid out of his pocket for the familyportion of the travel expenses."

"I never would have gone had I known that the family portion of the travel would appear to have been be paid for by PHS.

"I trust that my former partner will address the findings and take appropriate action to ensure that the PHS is reimbursed for any expenses related to family travel.
"And if he doesn't, then I will."

Government auditors said the Disney stay included a room at the Disney hotel in Anaheim, which was upgraded to accommodate a staff member in poor health.

Small has a heart condition.
Townsend said the trip was a way to show appreciation for Small's hard work because the society doesn't offer benefits like long-term disability.


"For us, this was something we were doing for a staff person in lieu of overtime and health benefits," said Townsend.


"I don't want to go into the individual details of all these things, but it fits into the fact we do not have long-term disability."

Jenny Kwan never said her husband lied, from the few reports I read Mr. Small had some grave physical ailments, there were thoughts floating around he may die, or become disabled..

Portland Hotel Society executives put their feet firmly in their own mouths..

You see, they admitted to spending on these items, they justified the spending, in lieu of a long term disability pension we executives at PHS will take lavish trips, lavish meals and more..

MR. Small was the sickest(health wise) of the bunch...These executives deemed they were entitled to these perks, they made an unauthorized decision to pay themselves, they authorized changing the salary arrangements to themselves...

If this was their demented belief, it only makes sense that Mr. Small believed those unauthorized perks were his personal money...Jenny Kwan parsed her words very carefully.

PHS hadn`t been audited since 2002....Nobody was making waves, no doubt those executives were troughing for much longer than the time period covered in the audit..

I`m calling for a forensic audit going back to 2002....We need more than just the last three years..

I have questions, did PHS ever approach government about a work pension plan?...

Don`t many companies who offer disability pension plans ask for an employee contribution, or employers ask for reduced salary in lieu of hefty pension..

So....So if Jenny Kwan`s husband stated trip monies were out of his personal monies in his mind he wasn`t lying, ....Hence Jenny Kwan refusing to call her husband a bald-faced liar!

Mr Small has not made a public statement, hasn`t admitted to lying, ....

If Jenny Kwan is positive she did nothing wrong she should not have paid back the money...Jenny should have a law suit filed against her ex-husband for $35,000.00 ....But she doesn`t.

Yes the BC Liberals are dirty, they lie, cheat and have robbed the province of $billions of dollars, they govern through party donations and cronyism, they are incompetent, corrupt, couldn`t run a peanut stand however..

Billy did this and Sally did that isn`t a legal, or compelling argument..

Jenny Kwan when she resigns will have a maximum MLA pension, the riding is a NDP stronghold, we could run an orange pylon and still win there..

Until the Kwan scandal is removed the NDP party can`t be an affective opposition, just today the BC Liberal minister of advanced education eluded to Jenny Kwan while not answering a query in question period.

Carpenters working their ass off for $60 k per year, rod busters packing iron, grooves carved on their shoulder from packing rebar..Furniture movers, ...These people work harder, they can`t work until they`re 70, lucky to make 60 years of age and what pensions are they offered.

Nothing...Isn`t the NDP..Aren`t we supposed to be different, be better, be honest, ....What are we when Jenny Kwan stays on..?

I would die for Jernny Kwan`s pension, so would 90% of Canadians, or more..

MLAs make great money, travel allowance when on Government business, a $21,000.00 per year housing allowance for when in Victoria....Extra money for every committee they sit on..

Doing your best for your constituents is not a paid extra, it is expected as part of one`s elected duties.

Maybe we have become what we fear the most....

I presume that when Jenny Kwan suggested that she was told that the family portion of the trip was paid by Small's personal money - but wasn't, is not misleading in any way. Some call it a lie, some call it dishonest, but whatever, maybe we're splitting hairs.
Look there is no way this can be made to look good. No amount of spin can change that. I suspect that Jenny may be forced out by realistic political pressure as you allude to, but she is also a victim here too.
She was told something that wasn't true and is paying a steep political price for it.

This sad chapter in NDP history is deeply embarrassing. Smart One Too and his ilk will dine out on this for a very long time.

I will tell my senior parent who keeps getting tapped for donations from the NDP to give his money to an animal rescue charity instead, at least it will do some good.
ps Glad you are making the case on twitter.

Peter Kelly she is only a victim of her own poor judgment.

Many of her own constituents could never think of taking even a day trip out of the DTES, or even visit local attractions, she owed them more than this.

She blew it, the damage to the party has been done whether she leaves or not.
bcfirst

The NDP should be cleaning the floors with gassy coleman and the story about his flagrant lack of oversight of the PHS file, to say nothing of the liberals wholly failed approach to contracting out the handling of social services delivery and poverty reduction in the DTES.

But, no; instead gassy coleman's laughing his ass off somewhere over a frosty cold one, because we've got no choice but to forget about all his malfeasance, in order to sort out some money-grubbing little distraction, while the so-called leader of the NDP dissembles for no apparent reason at all.

Not only does Kwan need to get gone like yesterday, but she should do everyone a doubly good turn by taking that dixie-land dissembler with her.

These people are not in it to win it: They're in it to sell out for the easy sinecures that come with being in perpetual opposition.

Hastily be gone the both of you.

Brock Rose ‏@wBrockRose · 6h
@lailayuile @jordanbateman #UnfetteredArrogance While we tighten our belts. They pull out the stretchy pants like it's Thanksgiving

Well said Jon Ghun, Adrian Dix is a disgrace to everything and everybody the NDP once stood for..

Peter Kelly...You are a good man with a big heart, however, we need big brains to win an election and repair the damage done..

You do have my full respect..

Grant G do you recall SOT on the CBC comments, sometime ago, saying he was at a party with a prominent (and newly resigned) NDP exec who said something to the effect that the NDP will never be in power?
BCfirst

Well, I recall Gordon Muir Campbell saying that at a BC Liberal convention held at the Vancouver convention center..

John Horgan will have something to say about that..

I had a vision several years ago..

John Horgan will be premier.

They're all doing it.
They feel they are "entitled" to whatever they wish for themselves or friends. Who has the guts to put a stop to these? And that's a question to both the NDP and liebs. I'm tired of the high cost of living in this province to pay for these so called leaders. This is at all levels of government - municipal too. Who has the GUTS?

Yeah, I finally talked one of my relatives into leaving this province. Not much here for young ones to look forward to except higher taxes, medical premiums, car insurance, hydro, tolls, transit, gas ... and the list goes on.

Oh, for Christ's sakes you guys...

If you were told by your small employer that they had no long-term disability to offer, but they wanted to show their appreciation for your hard work by sending you on a trip, you would have probably taken it too.

You don't think Coleman and the Libs knew about the internal compensation for staff? I have been involved many times with groups that ask for government funding and they want to know everything about you, including your grandmothers' name before they release a dime to you, and then they want comprehensive annual reports, including financial, which as you know, show employee costs.

The Libs were completely aware, but, as usual, were NOT doing their jobs, AND, as usual, after this issue is stirred up by their media, are still not speaking up. You don't think they'd have jumped to criminal charges if they could have? One thing they ARE good at is getting us all to fight amongst ourselves.

C'mon......we have enough REAL issues to focus on. And Grant - I will make the comparison. If what happened at PHS shouldn't have happened; change the policy so it doesn't occur again and get them to join the Chamber and sign on for the benefit program.

After all, isn't changing the policy exactly what the Libs did with the bonus pay for the BC Ferry board?

Really - regardless of what you think about Jenny Kwan - do you seriously think she would deliberately end her career in some stupid manner like this?

And try looking at facts, this isn`t personal

The PHS had a yearly budget of $28 million dollars, not counting private and other donations..