On the Third Day of Christmas the BC Liberals gave to B.C. 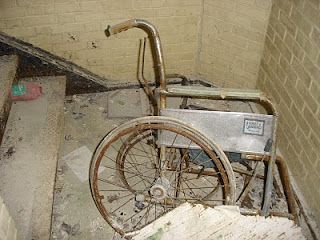 On the third day of Christmas the BC Liberals gave to B.C.....

Cash bonuses for issuing Eviction notices to developmentally disabled members of our community...

On the fourth day of Christmas the BC Liberals gave to B.C....

Quote:
"The private power project approved by the province would divert much of the Kokish River into a pipe three metres in diameter and nine kilometres long. The entire length of the diversion is important rearing, spawning and migration habitat for summer-run steelhead, other trout, char and salmon."

Just to sell overpriced power to BC Hydro, that BC Hydro doesn't actually need.

Feeding from the public trough at Community Living BC:
http://www.vancouversun.com/business/public-sector-salaries/advanced.html

Somewhat bad, but not as bad as ICBC, BC Ferries, etc.

More poverty, more child poverty, hospital wait lists growing daily, not enough beds for seniors, homeless growing daily. The rich get richer, the poor poorer, and the middle class, poorer. Went to the stores today, pretty quiet in there especially for this time of year. Alot of people haven't got money for unnecessary items, It's hard enough to feed their family.
This province has never been in such bad shape thanks to the lieberals and their cronies and big backers.

Thanks for that 2:18 pm, thanks to so many of you that send me links and stories, you readers have spawned a great deal of my articles.

Many of you would make Stephen Smart look like a horse`s ass, there are great journalist and investigators among you.


Cheers from far and wide!

One has to wonder if he has ever had a conversation with his father about conflict of interest guidelines.

I don’t believe that anyone needs to work at making Smart look like an ass; he is doing a fine job of accomplishing that all on his own.

When we get rid of the evil, criminal BC Liberals and Harper.

Let us tear out all those ugly run of the river dams, that have killed, the flora and fauna eco systems. Lets also tear out the filthy diseased fish farms. We are absolutely, going to have to try and save our wild salmon, before it's too late.

Let's take our province back and everything that was stolen from us, by the disgusting, corrupt Campbell/Clark BC Liberals and Harper. Let us cancel the 99 year lease for our BCR, that scum of the earth Campbell thieved and sold. First damned thing, Campbell will lose his OBC. Monsters don't deserve awards.

We only have to build one, or maybe two Stalags, for Harper, Campbell and all the corrupt, thieving and evil politicians.

Harper needs to be tried for crimes against humanity, for his gross negligence of the F.N. People, and that tiny F.N. baby that died. What a nice x-mas her parents are going to have, losing their baby from pure negligence. I also read, Luis Moreno-Decampo, is going to investigate Harper, for war crimes and crimes against humanity. Other country's even offered aid, for the F.N. living in abject poverty all across Canada. AND, that s.o.b. rotten Harper shifted his blame, right onto the F.N. People...Like all good fascist dictators do.

Meanwhile, we are paying Flaherty and MacKay's $1,300 luxurious hotel suites. The $50 million for gazebo's. The $11,000 per hour jet, to take in a hockey game. MacKays $3 MILLION for travel expenses. And who can forget, Harper's stupid billion dollar fake lake?

Harper steals billions from our tax dollars, to give to the wealthiest corporations in the world.

Billions on Harper's, wars, jets, ships, a nuclear sub, armored vehicles, and more billions, on his stalags, even though the crime rate is down.

Just think, how much better this world would be, if we got rid of Harper and the Campbell/Clark BC Liberals.