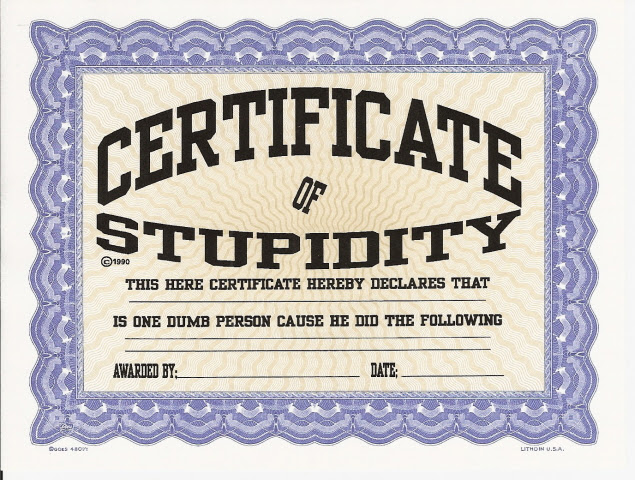 Highlights and lowlights, I almost laughed when Gordon Campbell stated there was no HST on legal aid, that was foolish because only the dirt poor can get legal aid, what`s left of legal aid, every legal aid office but 2 in the entire Province has been closed and funding for legal aid has been slashed...That was very insulting to those in need, especially after Basi and Virk were forgiven over $6 million in legal fees.

Campbell mentioned minimum wage earners pay little income tax, no mention that minimum wage has been frozen for 10 years and ours is the lowest in Canada by a country mile.

We were bombarded with funky charts showing us past income tax cuts, that`s why our kitchen cupboard is bare, any tax cuts have been swamped by MSP increases, massive spike in hydro rates, your average house owner is paying over $1200 dollar more per year in hydro rates then just a few years ago, and those charts, fireside chats shouldn`t require tricky charts to explain, the gall to tell us how great off we are because of income tax cuts.

I don`t know enough to comment on the early childhood learning, but, the cuts to autistic children, cuts for special needs children, cuts for the disabled, cuts to education in general, any early learning will probably be underfunded, remember the 10 great goals throne speech, Campbell didn`t fulfill any of them, the butterfly pollinates and moves on, never completes.....

And again Gordon Campbell  stated that he negotiated a lower hst ...He did not, we had a 7% pst..5% gst..Combined is 12%....Campbell can`t stop spinning even on a TV speech....That is so dishonest, more than dishonest, it`s insulting to any thinking person.

Campbell and Hansen and the finance department have stated that BC will be in deficits for 3 more years, that`s not me saying that, Hansen and Campbell said that, these income tax cuts total about $550 million per year, how will that money be replaced, what service cuts will there be to offset the loss in revenue, what user fees will be loaded onto taxpayers to pay for these tax cuts, or will we be running larger deficits?

If you remember during the writ period of our last election when the NDP talked about tax cuts the media and the BC Liberals lambasted the ndp over fiscal irresponsibilty......

There was no mention of the escalating carbon tax, how much more will Translink dig in your pocket..More gas taxes, bigger levy on your hydro bill, a bigger chunk of property taxes, Port Mann bridge users will soon be out over $2000 dollars per year in tolls and that will rise every year....

My last point is on the income tax cuts, not until the budgets are balanced should any income tax cuts be announced, the tax cuts might make for a good sound bite but as for fiscal policy, Campbell and Hansen get a certificate for STUPIDITY!......And in case you think I`m crazy, here is a must read..."Fictitious funds can`t rescue Budget......Reality Check

And a good read from Paul Willcocks

Grant, this whole farce tonight was just another stall tactic.
The way I see it is that he has delayed this nonbinding referendum until Sept 24 2011. Then they will piss around and stall in giving out the numbers. And when they lode, and they will lose, they'll say it's non binding. In the meantime Campbell has uit, leaving the province in total ruin and any new leader will start doing things differently. Probably begging us to wait further till 2013 and the next election.

The only thing I wanted to hear from him was he moved up the referendum and made it binding by a changing the legislation to a 50% plus 1 margin He didn't do that and Donna Barnett has not indicated in any way that she will go against her deranged leader. So now we go full swing into recall.

Oh and even the $615.24 Gordon Campbell 15% cut figure is a misleading lie... this assumes the $72,000 a year employee pays no CPP and no EI... I don't know of anyone that gets that exemption... but why not embellish if we are all just fourth grade thinkers....

About campbells promise that all students leaving grade 4 will be at fourth grade math and reading levels,there might be some 16 year old kids starting grade 5.

I didn't watch the spectacle because I didn't want to boost the televised ratings, as I'm sure they would have employed some sort of tracking system to see how many of us tuned in. I did listen to CKNW's broadcast and their post-speech show.

My take on the speech was that it was totally underwhelming. If this performance doesn't get the BC Liberal caucus to get the knives out, then they are just as dead as Gordo.

Contrary to John Winter's take on Campbell's supposed fantastic defence of the HST, Gordo said nothing new or saleable as far as I'm concerned. His little haircut-truck example just showed how stupid he thinks the electorate really is, or how dumb truck drivers are, take your pick.

The education mumbo jumbo was more of the same he has spouted off about in past speeches, and was nothing more than empty verbiage.

The income tax cut has to be viewed as nothing more than a bribe to buy support for the HST come referendum day. How a government that is running a deficit can announce a personal income tax cut proves that he has no clue about fiscal management. It's like borrowing money from one of your credit cards to make a payment on another. Fiscal suicide, eventually.

During the last half hour, Cknw took phone calls, and other than one woman stating that she signed the FightHST petition but would vote in favour of the HST next September, while the rest of the callers gave the whole excercise a failing grade.

Survey says-Campbell succeeded in digging the hole a little deeper and his future a the Premier of BC is about as bright as a Los Angeles brown-out.

Thanks for the above post! I really need to laugh.

I personally, cannot afford a tax cut. I couldn't afford the last one when I've now traded that off or the government has taken it back for hikes in premiums, gas tax, msp, tolls with more to come, haircuts, utility bills, telephone bills, cable, gas and the list goes on. Bills are up, up and up with more to come.

Falcon is already saying $29. if you're unfortunate enough to get sick, injured or you're old with no place to go, and you may have to stay in the hospital. That's PER DAY. It's room and board you know. Sheesh! And in contravention of the health act. But these guys don't mind breaking the law, it's only money (taxpayers money) to fight them in the courts to make things right. And they just wait it out and who cares of the end result, they don't pay from their pocket anyways, it's all taxpayer money. OURS.

No, I can't afford another tax cut.

Besides with a deficit like we have, (will we ever know the REAL DEFICIT) who in their right mind, would consider a tax cut?

We as the taxpayer should be screaming from the hilltops for that ass to RECALL THE LEGISLATURE and answer some questions as to how we can afford another tax cut among other nagging questions...
whatever pennies he doles out to us poor slobs, is nothing compared to what he has handed his buddies and big business in various tax cut goodies over the last decade.
Does this mean he will have to sell or lease off the rest of bc hydro to pay for them? maybe another blitz of high cost guilt trips foisted on us by way of radio and tv ads and interveiews with gas bag hench men, maybe they could stop cluttering up the letter section of newspapers with the latest propaganda spewed out by the p.a.b. ..recall the house!
God what an utter embarrasment that man is, the money we could have saved by recalling the house is astounding and he has no idea how much the latest episode of the gordon campbell show costs us costs about 4 -5 maybe 6 cents a person in bc... what kind of a goddamn answer is that!
All you gutless mla's who dont demand this action of sitting and doing the peoples business should be fired and are acting in what I consider a criminally fraudulent way with regard to their constituants AND ONE LAST THING... DO I HAVE TO LISTEN TO MICHAEL CAMPBELL AS WELL RIGHT AFTER THE MORNING NEWS ON MY COMPUTER CFAX, NW, ANY OTHERS I TUNED INTO ,,, " AND HERE'S MICHEAL CAMPBELL" enough!!!!, note well radio guys I turn you off!
Please remember these sheep don't represent anyone but gordon campbell and as for paul taylor he should be made to return ANY severance package he accepted seeing as how he was always on the payroll.
Grant my computer crashed and died for several days no internet no cable I live in the boonies no paper... yours was the first site I hit on when I got it back. thanks for all your great work