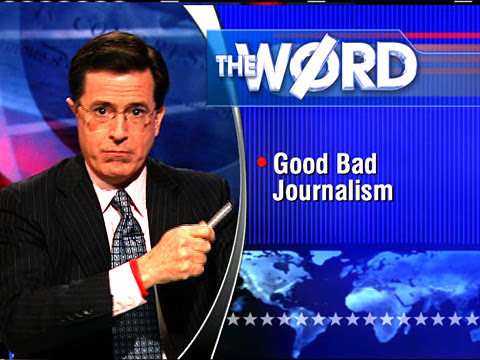 I am actually being too kind to the Vancouver Sun, the word journalism doesn`t apply to most of their articles, a better description would be spin, distortion and or repeating lies, lies from the Campbell public affairs bureau. I had planned on writing this story last week but I was delayed as everyday there was another nail to hammer in Gordon Campbell`s political coffin, now that Campbell`s coffin has been hermetically sealed and lowered to the three foot mark .........

In the latest Fraser institute spinfest they gave Gordon Campbell a generous mark of 90 out of 100 and rated Gordon Muir Campbell as the best premier and fiscal manager....The methodology on how they arrived at their numbers is a mystery.....

But from what I read the marking`s and scoring went as such.

But what I really wanted to talk about is.....Fazil Milhar`s story on the Millennium boondoggle athlete`s village, because according to Fazil the problems at the athletes village was all caused by Gregor Robertson, Mihlar`s story is a classic example of yellow journalism, the title of the story, the premise of the story would lead the uninformed reader to blame Gregor Robertson, and only in the second to last line of the spin does Fazil state.

"Vancouver's successive city councils created a crisis from the outset and the current council continues to make it worse."

Let me be clear, Gregor is a flake and I am not a fan but the blame for Millennium development boondoggle doesn`t sit with juice boy.

The Fazil Mihlar story is really sad and it`s actually a prelude to a law suit that will be launched by Millennium Development against the city of Vancouver.

According to the Vancouver Sun editorial board(Fazil Mihlar)

And the last line of the story Fazil Mihlar states....

Ok folks, so according to the Vancouver Sun(friends of Mellenium Development).....The units should be sold for what the market will bear and if that means a huge loss for the City of Vancouver so what, because, according to the drivel story disguised as something else, it`s all Vancouver`s fault that Millenium development is having trouble.

Really Fazil Mihlar, was it not Peter Ladner and Sammy Sullivan who picked Millenium over Concord Pacific orWall development, 2 companies that were well financed, with assets, 2 companies that needed no help from loan sharks for financing.

Was it not the NPA insider Paul Barbeau who was the only name on Millenium`s board of directors.

Did Estele Lo not resign over the NPA picking Millenium development over reputable well financed companies?

The Fazil/Vancouver sun editorial board story states that Millenium was forced to pay thousands of overtime hours because of delays caused by the city,......Is that why the units aren`t selling?....Even if Millenium had 1 million overtime hours, 1 million times $30 dollars is a mere $30 million dollars, $30 million divided by 1000 units is $30 thousand dollars extra per unit.

Read the whole story here folks, the Vancouver Sun wrote that story as a favour to their friends at Millenium development. Hey Fazil Mihlar, you forgot to blame the Gregor for Millenium development being forced TO GIVE VANOC $1 million dollars to be a sponsor of the 2010 Olympics.

Classic yellow Journalism folks, designed to cast blame at Gregor Robertson, but what Fazil Mihlar has done is help Millenium development in its future law suit against the city of Vancouver when they default on their loan, a law suit that Millenium will lose but ....The law suit will takes years to resolve.

Perhaps the Vancouver Sun or a investigative journalist might be interested in writing about the Millenium development escapades from here to Iran!

Fazil Mihlar is a fascist, in the school of 1920's & 30's fascists which includes some notable people, including Adolph Hitler, Benito Mussolini and Fransisco Franco.

Fascism seek to organize a nation according to corporatist perspectives, values, and systems, including the political system and the economy. In a corporatist state, the corporations have more rights than citizens.

A Fascist state does not believe in freedom, but enslavement - free will is to be despised.

To gain political control, Fascists target newspapers and from what I have seen, the Vancouver sun has succumbed to fascist overseers. Left unchecked, fascists will soon control all and when that happens, just look and see what the NAZI Fascist party did with people they did not like.

You know every time I post on that assholes blog,vaughn the pawn palmer,you know the veg on the ledge he never posts it.

Everyone should call into the veg from the ledge and let them know that their view is all fogged up,seriously man who the hell is buying their crap,I just go there to read the contrary comments made to the gordolizer,it's a bit of therapy,I'm so fucken pissed at this situation we find ourselves in,then we got bill teliman getting out the violins for those two assholes,they wouldn't of been in the mess their in if they were honest.

Spew from the ledge is just that spew.

I suppose they are marking out of 100 so this year's 90 is pretty high but next year's 110 out of 100 will be a remarkable achievement for Gordo. Mind you, after recall boots the Liberals into history and an NDP Premier is installed, the BC government score from the Fraser Institute will be minus 10 out of 100.

Regarding Millenium, anyone wanting to assess blame for development problems should look at that company's track record. It's a colorful list of problems and broken promises.

Having been out of the country for the past couple of weeks checking out the monuments built by the pharoahs of Egypt and getting up close and personal with a camel, not that personal for you degenerates, I haven't seen the roster of guest editorials brought forward by the Vancouver Sun lately. But if today's version is any indicator, the new ownership of Postmedia has changed nothing. The article by Neil Veldhuis and the other by Phil Hochstein leave little doubt that this daily may as well be produced by the PAB. To even refer to the Vancouver Sun as a newspaper in an affront to the term newspaper. It is nothing more than a printed version of the BC Liberal Party Daily.

There was one letter to the editor in either the Vancouver Sun or The Province that really got my attention. The writer, involved with a charitible organization that represents mentally challenged people that spend their days cleaning up the streets of the slums from used needles, garbage, vomit and excrement for a whopping $200 to $400 per month may soon be forced out of existence. The gist of his letter is that his charity, SEEDS I believe, needs just a fraction of what the taxpayers paid for Basi and Virk's defence bill. This programme gives these unfortunate people a sense of pride in what they do, but may soon be relegated to the trash heap because of lack of governmental financial support. HOW SICK IS THAT?

Millenium Development aka Arme Construction of Iran , was bankrupt when awarded this huge project , It should never have been the one picked over Concord Pacific or Wall , let
someone tell us who got the kickback at the time of Selecting Millenium ?????????

Cranky, for comments about op-eds of the VanSun: