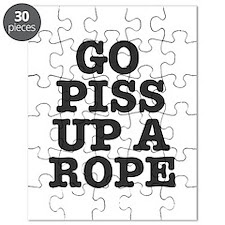 A lot of hoopla will be made by local politicians about the federal Governments new announced LNG plant tax breaks, however it won`t make a difference, current LNG pricing makes BC`s LNG proposals economically, not viable..

Directly below, From the Commensense Canadian web site..

Asian spot market prices for liquefied natural gas (LNG) have plunged by a single year record of 61.7% since February 2014, according to Platts JKM (Japan/Korea Marker) – a leading source of benchmark prices for the industry.

Average prices for March delivery peaked at a historic high of $20.20 per million British thermal units (MMBtu) on February 14 ,2014. By February of this year, prices for March delivery had tumbled to$7.44/MMBtu – representing the largest year-over-year drop since Platts began tracking the market in 2009, and the lowest benchmark price for Asian LNG since 2010.
Said Stephanie Wilson, managing editor of Asia LNG at Platts:


Moderate temperatures and high buyer inventories continued to cap demand for spot cargoes in northeast Asia, despite the lower prices in March. Exacerbating the oversupply were cheaper competing fuels, which many utility power generators opted to burn rather than LNG.
Taking its nuclear reactors offline post-Fukushima, Japan drove up LNG prices from 2011 on, sparking a global race to supply the Asian market with LNG. But subsequent weakening demand, increased competition and lower oil prices – to which Asian LNG prices are indexed – have all exerted significant downward price pressure on the resource.

Proposed LNG projects for British Columbia need a long term minimum price for profitability of at least $13 dollars per MMBTU....

As you can see Japan is paying now $7.44 MMBTU....That is well below the threshold for any profitability..

With China inking long term deals with Russia for cheaper piped gas directly from Russia to China, that market is gone...

As well, Japan is restarting several nuclear plants in June of this year, meaning Japan`s LNG needs are going to decrease even further...

Also on the LNG front....Natural gas discoveries are coming fast and furious..

As it was confirmed to Platts by Davis Chirchir, Kenya’s Energy Cabinet Secretary, the country delayed the signing of a 1 million mt of LNG per year deal with Qatar, that was planned in order to meet the demand of a 700-MW power plant in Mombasa.

According to Chirchir, the country is looking for ways to better use the gas discovered by Africa Oil Corp during last year.

He added that the country does not want to come into a situation to import Qatari LNG, and not be able to place its own gas on the market.

So, Kenya has not only cancelled building an LNG import terminal, they have plans on exporting this natural gas...as LNG....Another market for the present glut of LNG dries up and another potential LNG exporter joins the muck..

Also, Harper`s tax break announcements are mixed, many components are not eligible for break, not the land, not docks, not marine facilities, even the pipelines from northeast BC to the coast are not eligible..

The bottom line is...unless these energy proponents can ink long term buyers for a minimum of $13 dollars per MMBTU it won`t make a lick of difference..


Other details about these tax breaks....Do they apply to $dollars spent overseas?...Or in the case of Newtimes Energy ltd..They are proposing a 100% foreign built floating facility, will the Feds allow big tax write-offs for investment in another country?(details below)

BC Liberals and the Federal Conservatives will have to give much much more before these companies build..

Not until these foreign energy giants get free gas with 100% tax write-offs, until then..

Harper and Clark are pissing up a rope.

Alberta Tar sands looking at death spiral.....Say goodbye to the gravytrain for employees and community


The president of one of Canada’s biggest oil and gas producers delivered a stern warning to the oil sands industry, telling a room full of Fort McMurray business people that they need to start cutting costs or the industry will fall into a “death spiral.
Source
”
The “made in Fort McMurray cost” of doing business has risen too quickly and must end, Steve Laut of Canadian Natural Resources Ltd. told members of the local Chamber of Commerce.

The drop in oil prices is an “opportunity” for every part of the industry to cut costs and eliminate inefficiencies that were allowed to creep in when business was booming.

Mr. Laut also said municipal taxes have become the fastest rising cost for CNRL, and that they must drop – a pointed message to the local government. And he urged the Alberta and federal governments to make the regulatory environment more “effective.”

Mr. Laut said the American fracking industry has become the oil sands’ biggest competitor by developing new technologies to bring down extraction costs. If nothing is done to bring down oil sands costs, he said, the industry could be doomed.

Stephen Harper`s single focus economy is doomed, just like Christy Clark...Countries, Nations, people have gathered up too much unsustainable debt....This blunt warning is the first salvo, those bigtime lucrative wages for menial labour will be first to fall, and fall fast they will, towns and cities are being asked to take less and less money....Tar sands will be asking for royalty relief, tax relief, tar sand companies will be pushing hard for more cheap TFWs...

Norway amassed near $1 trillion dollars during the goodtimes, Alberta amassed near nothing, no nest egg, zipppy doodah day, nada, no rainy day fund....

Stephen Harper can`t even present a federal budget, the self proclaimed great economist`s single focus industry is going the way of the dodo bird...

Vaporware for public consumption
and electioneering?

This is meddling of the worst kind, digging a deeper hole in our environmental crises, supporting an administration of pathological liars? When do we get real cost pricing and the ability to make informed decisions about where the money goes? I have visions of Jack Nicholson foaming at the mouth as he tells TC: "You can't stand the truth!" The problem is that we're seeing all the downsides of the LNG/Tarsands truth without the ability to do anything about it. Keep after 'em.