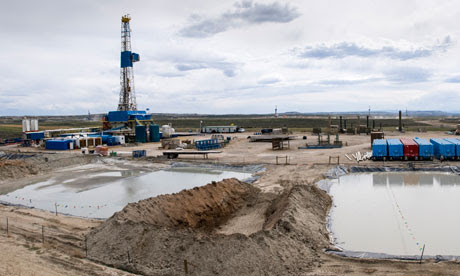 Be Prepared to be Shocked, be prepared to lose your lunch..

Be prepared to Recall the British Columbia Liberal Government and Toss Them in JAIL!

No comments? Perhaps they're too gobsmacked to respond. Maybe Chrispy and the gang will be able to follow the message in this format.
Sure makes a good case for leaving it in the ground until someone with common sense comes along. Trouble with common sense is that its not very common.

Many comments on my Mulcair post..Calling me a traitor, stating I`m "blaming victims"..

Lot`s of views coming from back east.

No good comments yet traffic is way up.

No longer posting stupid comments, if one has nothing intelligent to add, or can`t put up a logical counter argument...Click, delete, spam, adios.

A ton of traffic looking at my guest posting about Exxonmobile`s performance in Papua New Guinea.


If one looks on Twitter BCLNGA, This video has been spread by me far and wide..

If those popular clowns want to use that format, I will, and have taken advantage of..

That`s why traffic from back-east is way up.

Thanks for posting this video. It was was well worth the time.

It succinctly ties together all of what you've been saying around here for quite some time now.

Still getting this horrible premonition that we're about to be sold out in a very big, ugly way.

Keep hoping the bottom line doesn't make sense to the foreign corps no matter how dirty and low-down gassy coleman is willing to go for them; because i think we all know that there is no limit or end to that guy's mendacity!

Rashly Rushing To Frack In U.K, Too.

Fracking firms will now automatically be allowed to carry on their activities 300 metres or more below a property without having any legal obligation to notify the homeowner or provide compensation.

The Department of Energy and Climate Change said, 'It is essential that we make the most of home-sourced energy and start exploring the natural energy supplies beneath our feet … By removing barriers to deep underground drilling access, we are speeding up oil and gas and deep geothermal energy exploration.'
><
More than 40,000 objections to the new proposals have been lodged during the consultation process.
><
The benefits of fracking remain highly questionable. The business case is based purely on estimates, without any real data to extrapolate from in terms of the 'exploitability' of the gas 'in place'. Moreover, the rush to make fracking easier comes as research calls into question the benefits in terms of reducing greenhouse gases and suggests the technique is much more polluting than previously recognised.

Recent reports from tests carried out by the US Environmental Agency around existing wells in production raise significant health concerns for people living within their proximity. They found levels of eight volatile chemicals violating federal guidelines, under several operational circumstances. Benzene, Formaldehyde and Hydrogen Sulphide were the most common compounds to exceed acute and other health-based risks.
><
Despite ongoing concerns for human health as a result of fracking, the UK government insists on opening up as much land as possible to private companies. Some estimates claim that 60 percent of the UK has been approved for further exploration.
><
Despite the government’s trumpeting of 'potentiality' and 'community benefits,' there are deep-rooted concerns in the UK and internationally about the safety of such operations. This has found expression in numerous anti-fracking protest movements.
><
Under the new laws, the public will be given just 14 days from the formal notification of a planned site to submit any considerations or objections. If an exploratory license is granted, the local community will receive just £100,000. At production stage, this payment will convert into one percent of revenues made, which is expected to deliver just £5-10 million to the local community over the entire 25-year life of a site. In contract, Deloitte UK analysis found that 'Bowland Basin shale gas production could generate tax revenues of around £580 million per annum by 2020.'

The total revenues are expected to be in the billions for private investors, who will reap vast profits whatever the expense to humanity.

Is Gordo still in the Uk playing commissioner?
Follow the money.